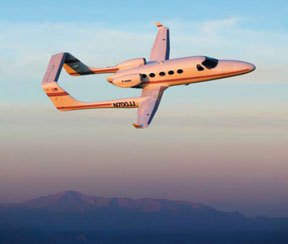 As weve previously discussed in these pages, a more-or-less new type of aircraft will soon be placed in service: the very light jet, or VLJ. Whether or not their manufacturers hopes of cornering the market for high-performance personal aircraft materializes, the fact is this class of airplane will look very attractive to pilots with the coin needed to trade up from their high-performance singles, piston twins or turboprops.

But the ability to acquire and cover the operating costs of a jet, no matter how small, doesnt automatically translate into the ability to fly it safely. Sure, training will be important, but so will a different mindset and new planning skills. In addition to these traits, a live credit card and a couple of weeks with a training organization, what else will it take to fly these new jets safely? We talked to VLJ manufacturers Eclipse Aviation and Adam Aircraft, and to those expecting to fly and insure VLJs. What they told us isnt surprising, but it does preview the steps a prospective VLJ owner-pilot moving up from, say, a Beech Baron should plan to take before blasting off solo in his or her newest toy.

How high must a pilot step to move up the ladder to a VLJ? If you ask the manufacturers, they all will say theyve designed and engineered their products, in part, to make the transition an easy one.

All agree, however, that its the pilot mindset that must change the most.

That these aircraft will fly higher and faster than their pilots might be accustomed is a given; after all, thats why they were purchased. And thats really the first challenge our hypothetical Baron pilot must meet: Things are going to happen faster and at higher altitude than before. Nevertheless, both Eclipse and Adam feel strongly that a competent and proficient-two key words, there-Baron pilot will have no trouble with the aircraft after successfully completing the appropriate factory-sponsored training.

Performance is just one side of the equation, however. Learning and managing the systems-there are more of them and they are different than the Barons-is another part. One major hurdle is becoming accustomed to the turbine engines.

According to Bill Strait, editor of

Very Light Jet Magazine, who has been following VLJ development closely, “Learning how the jet turbine functions versus the piston engine has been affectionately reduced to the comedic suck, squeeze, bang and blow. There is much more to it. The modern VLJ FADEC engine can quickly become Snakes on a Plane.”

Recognizing who will be flying these airplanes, the manufacturers believe they have kept their systems simple. Eclipse, for example, uses a combination of pushrods, sectors, bellcranks, pulleys and cables to transmit the sidesticks and rudder pedals input to the flight controls of the Eclipse 500. Trim and flaps are electric. Nothing unusual there.

Pressurization, however, likely will be a new system our Baron pilot must master. And theres also the change in thinking required to operate safely in the high-altitude environment: RVSM, aeromedical concerns and the simple fact that if a problem does arise, theres an extra 10 or 20 thousand feet of altitude between you and a divert airport.

Back to performance: Someone stepping up from our hypothetical Baron will have to think faster-and react faster. Strait, again: “Things obviously happen much faster in the jet. Call departure and out of 10,000 feet may happen a minute apart. That departure procedure had a 4000-foot restriction so it should have been covered in the departure briefing and set in the altitude window.”

Both Adam and Eclipse are aware of these concerns and believe their training programs-the basic costs for which are included in the purchase price-cover them adequately. The sidebar at right highlights the companies respective plans.

Understanding and managing the “magic” in the instrument panels is another part of the transition. Even though an increasing number of airplanes in the GA fleet have some form of automation-a GPS-based moving map, coupled autopilot and/or inflight weather

data, for example-the learning curve for some of this equipment can be steep. Many pilots confess to still learning all the things their Garmin 430/530 can do after several years use. And most panel-mounted avionics cant hold a candle to the FMS-like equipment planned for VLJs.

The AdamJet will come with a state-of-the-art glass cockpit mounting all the bells and whistles. The installed acronyms will include PFD, MFD, AHRS and ADC, all of which will work through a three-axis digital autopilot, yaw damper and flight management system. Unlike the Eclipse 500, the AdamJets automation wont be fully integrated into the airframe. Thats in keeping with Adams philosophy of designing an airplane with off-the-shelf systems well-understood by the average wrench at your divert field.

Not so with the Eclipse 500. Its Avio system, which can only be described as a totally integrated aircraft management tool, is the airplanes configuration and diagnostic center. As the sidebar on the opposite page highlights, Avio gives the pilot centralized control of all aircraft systems, including engines, fuel, landing gear, flaps, cabin temperature and pressurization, electrical, avionics and more. Eclipse says Avio provides an integration level found only in the latest heavy iron.

As such, the Eclipse 500 might pose the greatest hurdles for our Baron pilot. Don Taylor, Eclipse vice president for safety, training and flight operations, told us that shouldnt scare away any prospective Eclipse pilots. “We think we have the best and most comprehensive training program in the industry,” he said.

Of course, once one buys a VLJ and learns to fly it, one needs to insure it. While Adam has not yet entered into any arrangements with a prospective AdamJet insurer-its VLJ is further from certification than others-Eclipse has. Insurance broker Willis Global Aviation, working through American International Group, Inc. (AIG), has developed a coverage plan for new Eclipse 500s. Unsurprisingly, Willis coverage is predicated on the pilot completing Eclipses training program. See the sidebar at left for details.

The Willis/AIG program may not be the only game in town, however. While we didnt speak with every potential broker/underwriter, it seems obvious that obtaining coverage from anyone at any price is contingent on satisfactory completion of the Eclipse training program. According to Taylor, “There are plenty of brokers giving quotes [on Eclipse 500 coverage]” who also have bought into the company-sponsored training program.

While there may be a bunch of brokers ready to write VLJ coverage, not everyone has such an outlook on the market. One of the more popular players in the GA insurance market, Avemco, told us they will not be stepping into the VLJ sandbox immediately. Our first reaction was to suspect some sinister knowledge on their part, but it wasnt to be. According to Lauretta Godbey, “Avemco will not be in the VLJ market at early stages because the companys primary market is piston equipment.” What the future may hold for Avemco and any other insurers refusing to be early adopters remains to be seen.

The bottom line, of course, is that insurers are going to hedge their bets on these new airframes until more experience is gained. No one-outside of a few test pilots-really knows how these birds will fly and what it will cost to repair everyday things like hail damage, hangar rash or the odd gear-up event. Once the industry gains loss experience, premium costs could change, probably upward; dont count on them trending downward anytime soon unless you have at least 1000 hours of recent light jet experience.

The situation is markedly different from when the Cirrus came on the market, according to insurance industry insiders. “We had more of an apples-to-apples track record when the Cirrus came out,” said one, including experience with the Cirrus piston engine. They knew about the airplanes wing loading, for example, and how it handled. Plus, they had experience paying for composite repairs. With the Eclipse, for example, no one really knows anything.

Can You Do This?

Probably. If you believe the hype from manufacturers, the approaching herd of VLJs will be the best thing to happen to aviation since the pitot tube and the transition from a Baron to something capable of 350 knots and FL410 will be a walk in the park.

While were more than a bit skeptical of those claims-some would say cynical-its obvious that manufacturers are putting a lot of time, money and effort into training and transition programs. Strait agrees. “These are entirely new skills. You have to give yourself the luxury of the process and be patient with yourself. The steps [new pilots will take] are: behind it, up with it and ahead of it.”

Given enough time and money, we suspect almost anyone could transition to a VLJ. But just as the trainers will have star pupils, theyll also have dunces. Both Eclipse and Adam say they will cheerfully refund the airplanes purchase price to someone who washes out.

We dont think its a stretch to say that more investment has been made in preparing VLJ pilots than for any other sub-10,000-pound GA airplane. Thats a good thing, in our view, and should serve the pilots, insurers and manufacturers well.

Ultimately, whether a piston twin or high-performance single pilot can successfully upgrade to a VLJ will depend on the pilot and his or her experience, proficiency, dedication and professionalism. On that last point, Eclipses Taylor and Adams Thompson both agree: Professionalism has nothing to do with receiving a paycheck; instead, its a state of mind.