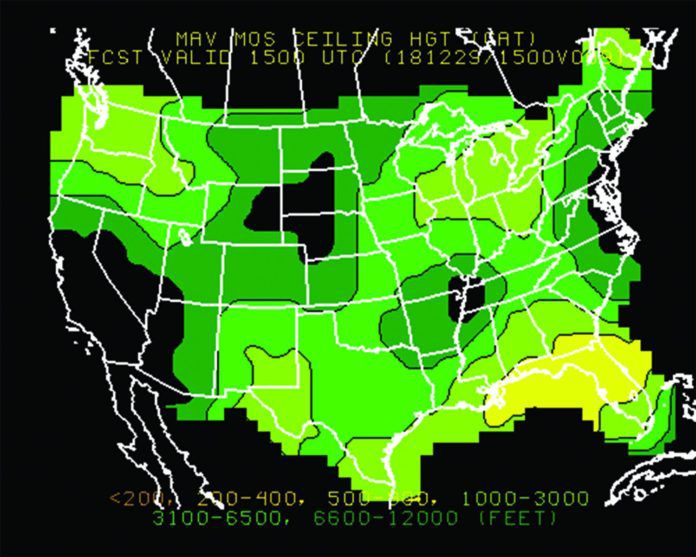 I scrubbed a long-planned flight recently. In hindsight, it turned out to be a no-brainer, but it was a difficult decision to make a day ahead of time, especially since it also created some drama and possible ill will. In all, the process by which I made the decision is something of a case study. Let me tell you why.

The mission was a simple day trip from my home field in southwest Florida to a familiar destination in north-central Georgia of 407 nm, planned to take 2+30 one-way. Spend a few hours on the ground visiting with an old friend, grab a late lunch, then hop back home later the same day. The airplane was ready and willing. But the weather wasn’t cooperating as I wanted. The destination airport offered its own challenges. And while I was instrument-current, I wasn’t as proficient with low IFR as I would have liked.

The first big challenge was a cold front moving slowly across the route and spawning convective activity along its frontal boundary. The geography was such that I’d have to go way out of my way—out over the Gulf of Mexico in a single—to get around the convection, or stay over land and pick my way through it. Been there, done that, but I wasn’t mentally ready for that kind of day. The longer I waited, the better the weather would get at both ends and in the middle, but delaying my planned departure for any reason meant I’d have less available time on the ground at my destination, diluting the trip’s purpose and making it less than worthwhile.

The destination airport offered another challenge. One of its runways was closed for construction, which required closing a portion of the remaining one. The relevant Notam offered more than 3000 feet of usable runway. That’s plenty under normal conditions, but the forecast also came with a slight tailwind for landing after a straight-in on the best available approach. The airport’s ILS wasn’t available and the forecast ceiling was right at the RNAV procedure’s minimums. A real risk of missing and diverting existed.

With all that going on, I canceled a day ahead of time. My friend and I rescheduled, and I probably will have completed the planned mission by the time you read this. It will be a good-weather day, where I’ll have many more things working in my favor, not against me.

The next morning, I awoke to localized fog at my home field, creating zero-zero conditions. I could have gotten out legally, but there would have been no margin for error. Not quite the pleasant day in the airplane I had planned. And getting back in that evening wasn’t assured, either.

I made the right call, for the right reasons. I’ll complete the mission, though not on the date originally planned, and I’ll be around for many more just like it.