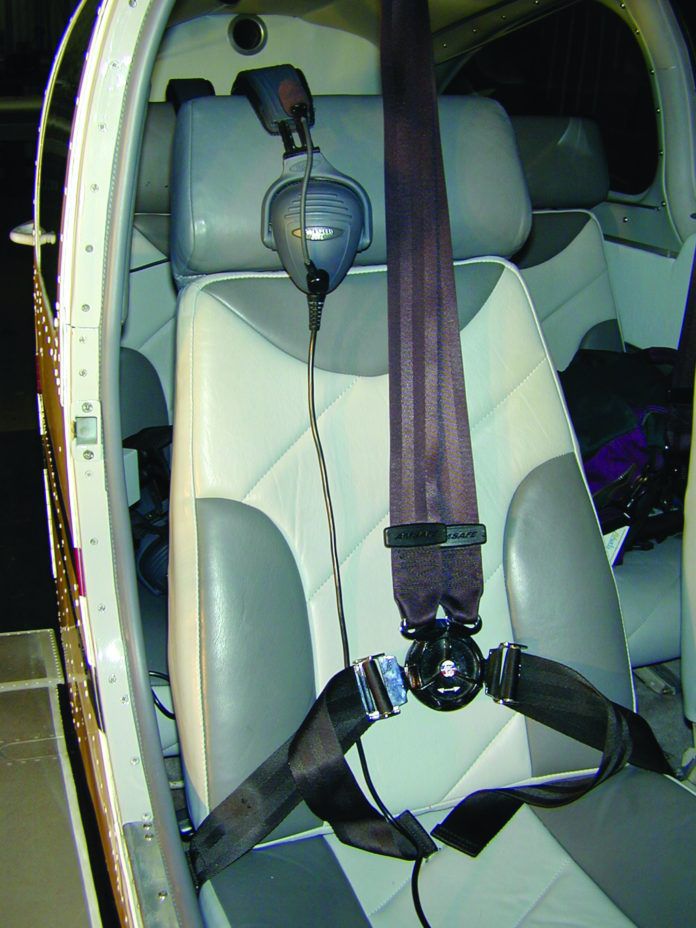 Vintage aircraft often have vintage owners. Familiarity being a source of contempt, long-time owners of aircraft seeing little activity may also see little need to perform preventive maintenance or conduct regular inspections. “It was just fine when I parked it; what could possibly have broken while it was sitting in a hangar?” can be a familiar refrain to pilots who have owned the same airplane for a significant time. After a while, the pilot/owner is so familiar with the aircraft, he or she can tell something’s wrong just by the slipstream noise.

Coming up on the 20-year anniversary of buying my Debonair, I resemble that person, and understand the balancing act involved in maintaining an older airplane. All things being equal—and in good condition to start with—it does seem a waste to tear apart and put back together a 60- or 70-year-old all-metal airframe that flew only 10 hours in the previous year, just because the calendar says so. But vintage aircraft, especially high-performance singles and twins, should be getting more, not less, attention through preventive maintenance and regular inspections. Don’t ask me how I know this.

The FAA, the name-brand associations and the individual type clubs supporting older aircraft are excellent sources of information on maintenance, inspections and upgrades of vintage aircraft. They point out that the aircraft themselves are more susceptible to age-related factors like corrosion and metal fatigue. Electrical wiring is prone to deterioration over time, while wooden airframe components and/or fabric coverings can present special challenges. Some parts, especially for the airframe, might be unobtainium.

A vintage aircraft can be just as reliable and useful as a newer version of the same basic model, although it may lack safety features like shoulder harnesses and high-G seats. Presuming it is properly maintained, that is.

On January 25, 2017, at about 1730 Central time, a Cessna 172 manufactured in 1956 impacted trees and terrain during a forced landing near Jay, Okla., following an in-flight loss of engine power. The solo private pilot was fatally injured and the airplane was substantially damaged. Day visual conditions prevailed for the short flight to a nearby airport.

A witness at the departure airstrip observed the pilot service both of the airplane’s fuel tanks with fuel and then taxi up and down the runway multiple times. The airplane subsequently departed and the witness drove to the nearby airport to pick up the pilot. When the pilot did not arrive, the witness reported the airplane as missing. Its emergency locator transmitter signal was detected and a helicopter pilot spotted the airplane in a field near a tree line about 0.75 nm east of the departure airstrip.

The airplane came to rest inverted in an open field scattered with hay rolls. The first point of contact was with a tree about 125 feet and 267 degrees from the main wreckage. The left wing had a semicircular depression consistent with the size of the tree. The propeller did not exhibit chordwise abrasions or leading edge nicks consistent with rotation. One propeller blade was bent rearward.

All of the airplane’s control surfaces remained attached to the airplane, and flight control cable continuity was established, including the pitch trim and flaps. According to fueling records, the pilot purchased 9.56 gallons of 100LL, delivered into fuel cans, the day before. The airplane’s last recorded annual inspection available to investigators was completed on July 3, 2008, at 5739.4 hours total time. The airplane had flown approximately 30 hours in nine years.

The fuel valve selector handle was found in the right tank position, but no securing pin was installed in the selector handle. When shop air was applied to the main fuel line at the firewall, it flowed from the left tank’s fuel line. Both fuel tanks’ vent systems were tested and found to be without obstruction.

The engine was recovered and shipped to a testing facility. After technicians made various repairs, the engine was mounted in a test cell and produced rated power. The airplane did not have shoulder harnesses installed, nor were they required.

Observed weather at the nearby destination airport, at 1735, included wind from 290 degrees at seven knots, visibility of 10 sm under clear skies, a temperature of 6 degrees C and a dew point of -2 C.

The NTSB determined the probable cause(s) of this accident to include: “The pilot’s negligent maintenance of the airplane, which resulted in improper fuel management, fuel starvation, and a loss of engine power during takeoff due to a missing securing pin in the fuel selector handle, and a subsequent forced landing on unsuitable terrain.”

According to the NTSB, “it is likely that the engine was starved of fuel when the fuel selector handle did not move the fuel selector valve to the desired position because the necessary securing pin was missing…. The lack of routine maintenance on the airplane likely eliminated the necessary opportunities for the missing securing pin to be corrected.”

The NTSB also noted the lack of shoulder harnesses or energy-absorbing seats available aboard the accident airplane. The lack of such equipment is a characteristic of many aircraft manufactured before they were required by the FAA. Depending on the aircraft, retrofit installation of an approved shoulder belt system can be easy or difficult. See the sidebar on the opposite page.

While the NTSB referenced the apparent lack of regular inspections and “routine maintenance,” it found nothing mechanically wrong with the accident airplane except the missing pin in the fuel selector. That’s obviously a big deal, and one which brought down this vintage Cessna, but it also shows that an older airplane can be safely operated well into its “senior citizen” years.

According to a 32-year-old FAA Advisory Circular, AC 91-65, Use Of Shoulder Harness In Passenger Seats, an even older NTSB study found that 20 percent of fatally-injured occupants in the studied accidents “could have survived with shoulder harnesses (assuming the seat belt was fastened).” According to the AC, “The safety board concluded that shoulder harness use is the most effective way of reducing fatalities and serious injuries in general aviation accidents.”

In the U.S., shoulder harnesses first became required aboard small airplanes in 1986, 15 years after they were required in automobiles. The FAA’s policy on retrofitting them is well-understood and it’s likely harnesses can be installed in a vintage aircraft as a minor alteration.

If you own or regularly fly a vintage aircraft equipped only with lap belts, there likely is a relatively inexpensive retrofit solution available for it. Be sure to review the FAA’s 2000 policy statement:tinyurl.com/SAF-Belt.