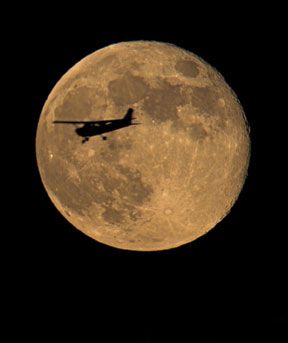 Editors Note: Last month in this space, we promised to bring you a podcast-based discussion of landing on roads in an emergency. Unfortunately, due to illness, travel and conflicting schedules, weve been unable to complete that project. As this issues deadline approaches, were redoubling our efforts to schedule and record that discussion, which should be available

by the time you read this. If you looked for that podcast only to come up short, please accept our sincerest apologies, as well as our thanks for your patience.

One thing all pilots who fly for any length of time will face sooner or later is fatigue. Whether it comes at the end of a long flight, or theres a short flight at the end of a long day, being tired isnt compatible with a pilots frequent need to make important decisions under pressure. Too, often, we take the easy way out-pressing on into a headwind, for example, and passing by available fuel stops.

Fatigue in the cockpit has gotten lots of attention recently, in the aftermath of two high-profile events.

The first and most tragic was the February 12, 2009, crash of a Bombardier Dash 8 turboprop operating as Continental Connection Flight 3407. All 49 aboard the airplane and one on the ground died when the aircraft stalled while on approach to the Buffalo-Niagara International Airport in Buffalo, N.Y. While the NTSB has not determined a probable cause in this accident, cockpit fatigue has been identified as an area of concern as part of the investigation.

The other event raising the spectre of cockpit fatigue was the still-mysterious October 21, 2009, overflight of their intended destination by the crew of Northwest Airlines Flight 188, an Airbus 320. According to the NTSB, the flight went lost radio communications while in cruise at FL370, en route to the Minneapolis-St Paul International/Wold-Chamberlain Airport (MSP) in Minnesota. The aircraft overflew its destination airport and continued northeast for approximately 150 nm. Controllers eventually reestablished communications with the crew and, according to the NTSB, stated the crew had become distracted and requested a return to land at MSP. Although the crew subsequently stated they were in a heated discussion over airline policy and lost situational awareness, cockpit fatigue also will be a studied as a factor in this incident.

Of course, cockpit fatigue has long been an issue among the highly scheduled world of commercial operations. Only recently have industry and the FAA come together to finally develop new rules addressing the topic.

Meanwhile, those of us flying personal aircraft need to know how to identify fatigues warning signs, what-if anything-we can do if we recognize them in the cockpit and how we minimize its effects.

With that in mind, our next podcast will feature well-known expertise on fatigue in commercial and non-commercial flight operations, the science involved and the resources available to help pilots understand the challenges fatigue poses. Dont miss it!