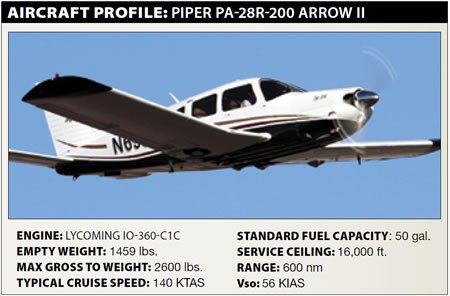 All pilots and controllers know about wake turbulence, the vortices streaming out and downward from an airplane’s wingtips anytime it’s generating lift. We know they’re strongest when the generating airplane is heavy, clean and slow. We know not to fly in-trail of a larger airplane at the same altitude unless there are at least three minutes’ separation, preferably more.

We know to land beyond a preceding large airplane’s touchdown point and lift off before where it rotated. We know to either outclimb it—good luck with that in most personal airplanes—or turn away from a departing jet’s wake as soon as possible after takeoff. We also know that surface winds can blow a wake vortex back onto the runway and leave it there, just for us.

We can experience this turbulence easily and safely by correctly flying a steep, level turn and encountering our own wake. But what we experience in our flivver is minuscule when compared to the wake generated by even a small regional jet airliner. When matched against the wake from an average jet transport, a 737 for example, a Cessna 172 is hopelessly at risk.

Encountering the rotating winds comprising a wake vortex generally will result in an uncontrollable bank or roll. The roll rate and duration depend on the vortex’s strength, our speed and the angle at which we encounter it. It can be strong enough to break the airplane or simply slam us into the ground if we’re about to land.

Practices to avoid wake turbulence include maintaining a higher altitude, waiting for the vortices to dissipate or crossing them at something approaching a right angle.

That last item—crossing vortices at right angles—isn’t something the FAA has told us, however. Instead, it’s something many of us have picked up over the years, likening wake turbulence encountered at a right angle to just another bump in the sky. Here’s an example of why even a wake vortex flown into at a right angle is hazardous.

On July 27, 2013, at 1438 Central time, a Piper PA-28R-200 Arrow II impacted Lake Michigan about 1.2 miles east of Cudahy, Wis. The airline transport pilot and the passenger were fatally injured. The airplane was destroyed. Visual conditions prevailed. The flight originated from the John H. Batten Airport (KRAC) in Racine, Wis., 14 minutes earlier, at 1431.

The pilot was receiving VFR flight following services from Milwaukee Approach and was vectored east over Lake Michigan and then north. On a northerly heading, the pilot flew 1.4 miles behind the final approach course of an MD-80 airplane operating as Delta Air Lines Flight 931 (DAL931), inbound to the General Mitchell International Airport (KMKE) in Milwaukee, Wis. Shortly afterward, radar contact was lost and the air traffic controller was not able to contact the pilot. The airplane wreckage was located by a dive team at the bottom of Lake Michigan 30 minutes later, according to the NTSB.

The main wreckage was 3.2 miles east of the approach end of Runway 25L at KMKE and 1.2 miles from the shoreline. Damage was extensive: The left wing separated from the fuselage; its outboard section, including the aileron, was not recovered. The impact-damaged rudder was attached to the vertical stabilizer at its hinge points; the stabilator was attached to its mounting blocks. Flight control cables were continuous from the cockpit controls to the rudder and stabilator. The flight control cables remained attached at both aileron bell cranks. Both aileron control cables were separated in overload near the wing roots. The landing gear was in the retracted position. The main landing gear were found in the wheel wells. The nose landing gear had separated from the fuselage.

Engine valve-train continuity was observed and was rotated by turning the propeller; all three propeller blades were bent aft about 10 degrees, with the tips bent aft about 45 degrees, and revealed leading edge damage and scratches. Liquid with an odor consistent with that of aviation gasoline was observed in the hoses from the electric fuel pump to the engine-driven fuel pump and from there to the fuel injector servo. At 1452, an automated weather report at KMKE included wind from 300 degrees at 13 knots, 10 miles’ visibility, scattered clouds at 3400 feet and an overcast at 4000 feet, temperature 61 degrees Fahrenheit (F), dewpoint 45 degrees F, and a barometric pressure of 29.91 inches of mercury.

Examination of ATC radar and communication data revealed an exchange beginning at 1436:25, in which the controller instructed the Arrow’s pilot to turn right to 090 and advised of the MD-80 traffic. After the pilot confirmed he had the Delta flight in sight, the controller said, “…thank you, just pass behind that traffic and then you can proceed northbound as requested.” The pilot responded, “All right.” According to recorded radar data, the accident airplane’s flight path crossed the MD-80’s at 1437:51 and 1800 feet, 39 seconds after DAL931 passed the same point at the same altitude.

The NTSB determined the probable cause(s) of this accident to include: “An encounter with wake turbulence, which resulted in the pilot’s loss of control of the airplane and its subsequent in-flight breakup. Contributing to the accident was the approach controller’s failure to issue a wake turbulence advisory to the pilot.”

According to the NTSB, the accident aircraft was operating within Milwaukee Class C airspace and was subject to mandatory separation, traffic advisories and safety alerts issued between IFR and VFR aircraft. “In addition…controllers are also required to issue wake turbulence advisories when, in their opinion, wake may have an adverse effect on an aircraft. Since wake turbulence is unpredictable, the controller is not responsible for anticipating its existence or effect.”

The NTSB also referenced Advisory Circular 90-23G, “Aircraft Wake Turbulence” (see the sidebar on the opposite page), noting that acceptance of certain instructions from ATC “is an acknowledgment that the pilot will ensure safe takeoff and landing intervals, and accepts the responsibility for providing wake turbulence separation.”

The controller did not issue a wake turbulence warning to the accident airplane, probably because he didn’t consider crossing the MD-80’s wake at a right angle to be a hazard. Apparently, neither did the Arrow’s pilot. The thing is, we wouldn’t have given it a second thought, either. But we will in the future.