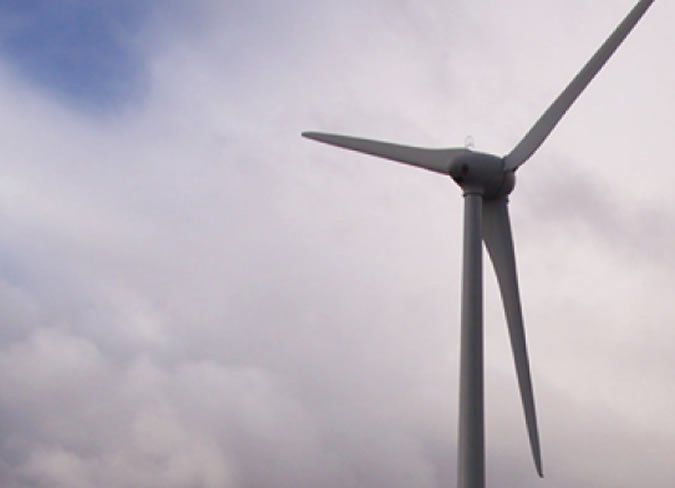 According to those who have done extensive research into pilot behavior, a major characteristic of a typical pilot’s decision-making often leading to a fatal accident is that we are highly mission-oriented. We continue to focus on getting to the destination even as weather and mechanical issues progressively go down the tubes. The accompanying stress results in tunnel vision and reduces our ability to objectively analyze the big picture. One result can be very capable pilots pressing on into conditions that ultimately bring the flight to an ugly conclusion.

I can’t help but wonder if a contributing factor is that pilots can be intensely self-critical, even as they fear not being perceived as having the “Right Stuff” if they don’t complete a flight they’ve started. I got a first-hand look at all of those factors a few years ago after I turned around and return to my departure airport, failing to complete my mission due to weather. At 0300 the following morning, I awoke from a nightmare in which other pilots were accosting me and accusing me of being hopelessly incompetent because I couldn’t complete the flight.

The planned flight was only a 90 nm out-and-back jaunt; I was going to pick up my daughter. When I had looked at the radar and talked with Flight Service prior to the flight, there were scattered areas of light rain and snow. No returns were greater than the lowest echo level, Level 1. The reporting stations along my route showed scattered to broken clouds at about 3000 feet with tops at 9000 feet. The worst reported visibility was nine miles.

The forecast was for scattered rain and snow. Temperatures were above freezing on the surface and were forecast to remain so, but there was ice in the clouds. The minimum en route IFR altitude of 4000 feet would put me there, so it was one of those days when IFR would not work well in a light piston single with pitot heat as its sole anti-icing equipment. I wouldn’t be able to climb through 6000 feet of icing exposure to get on top, so Plan A was going VFR at about 2500 feet agl. That altitude along the planned route ordinarily is perfectly safe, but Plan B usually requires bailing out by climbing and going IFR if visibility goes bad. That really wasn’t an option.

The nearest weather reporting facility—about five miles away from my departure point—was announcing 3500 feet agl scattered on the ATIS as I took off. Turning north, I saw areas of showers. The clouds near them had bases far lower then 3000 feet agl, however; they were more in the 1500-foot agl range. Going through the showers would mean descending to about 1000 feet agl, which would mean I may or may not be legal should I go over any congested areas. It also made clearance over the numerous towers dotting the landscape much less than would be comfortable.

On top of that, I could not see through the big snow shower directly ahead. My rule of thumb when VFR and dealing with rain or snow is to either be able to see through the area of precip or be convinced I have at least four or five miles of visibility when I first enter it. As I drew nearer, I was rapidly convinced that, at most, I might have a half-mile of visibility once inside.

I decided to divert left, to the west, around this shower. As I chatted with the controller about my intended diversion, he referred to what I was looking at as a cell. Hmmm, that sort of thing wasn’t in the forecast. And it’s unusual this time of year, often a sign of other weather surprises.

About then I flew through light snow. It did not adhere to the airframe, and it did not adversely affect visibility, but it started creating a little static in the radios, so I knew the static wicks on the airplane were well past their prime. The little end run around a snow shower became a five-mile deviation to the west before I could turn back north and be on my way.

Having gotten around the cell and finally able to look to the north, I saw the route was blocked by another wide snow shower. There were showers to the northeast and northwest that I could easily see through. The one straight ahead was solid black. I had a few minutes to weigh the alternatives, as it was still more than 10 miles away.

The direction of weather movement would put the snow showers over my departure airport about the time I planned to depart for the return flight. Because that airport was unlighted and had no instrument approaches, and assuming that the precip intensity wasn’t going to diminish, I wasn’t going to get back home today if one of the showers were above it.

If there were more of these fairly heavy snow showers along my planned flight path, the time I would spend deviating around them might delay me from getting back to sweet, also-unlighted homeplate until after dark. That would mean diverting to the larger airport nearby and a possible instrument approach. However, if I had to enter any clouds, I was going to pick up ice. The airplane I’m flying won’t carry enough to make a decent margarita.

I had to be realistic: This routine VFR run involving light winter precip had turned into a situation that just plain stunk. As I’d heard an understated friend of mine say once, “The successful completion of the intended flight was doubtful.”

After some momentary soul-searching and self-recrimination summed up in the sidebar on the opposite page, I rolled into a steep right turn and called ATC to advise I didn’t like the weather north of me. I told the controller I was returning to my point of departure and would need to divert around a snow shower on the way. The controller responded by advising I could follow whatever route I chose as there weren’t any other airplanes out there. Which helped make my decision all the more correct.

Fifteen minutes later, I was on the ground and pushing the airplane back into its hangar. I made a series of telephone calls, one of which was to my wife. She was happy to hear from me as it was snowing hard at the house and she was concerned.

I made the drive northbound through a few light snow showers and picked up my daughter. We laughed and talked as we headed back south until, about 20 miles from home, we drove into the heaviest snow I’ve experienced in some time. Great big fat, wet flakes cut visibility to about 200 yards and we crept along for 10 miles before coming out of it. I thought about the fact that, had I been flying, those flakes would not have adhered to the airframe, but they would have blocked the engine air inlet in a big hurry.

Even though a couple of hours earlier I’d been wishing to be in the air, I was very glad I wasn’t aloft and wishing to be on the ground.

Six hours later I awoke from the nightmare of accusations of being a crummy pilot because I’d turned around. I spent the next hour at the kitchen table second-guessing my decision. Intellectually, I knew that was nuts, but intellectually doesn’t cut it when pilot pride is involved.

Later, I called some friends about the decision to turn back when a trip isn’t working. All allowed as how they had done so and admitted that they’d spent some time revisiting the decision both as they made it and afterward. A few also volunteered that even when they cancel a trip before takeoff, due to weather, they go through a brief period of discomfort as they try to tell themselves never to Monday-morning-quarterback a decision not to fly due to weather, equipment or pilot condition.

Looking back, the only voice I heard critical of my decision to turn around was that little mission-oriented macho pilot inside me; it must be the one who generated that dream after I refused to listen to it in flight.

I think that mission-oriented macho pilot was trying to kill me.

Rick Durden holds an ATP and CFII and has canceled more trips due to weather than he can conveniently recall.

Suddenly, as I was considering turning around, I started thinking about all the related, cascading tasks I’d have to handle if I did. There’d be a number of telephone calls to revise everyone’s plans, and I’d be about two hours late picking up my daughter.

Good grief! What was I doing thinking about that when I was only five miles from a solid wall of falling snow in below-freezing temperatures? The fact I’d be late simply didn’t matter. My daughter was not in any danger, and I wasn’t carrying some serum to save a town from certain death if I didn’t get there in the next 40 minutes. All turning around meant was that I’d have to admit I made a wrong decision about the weather and I was in an airplane that was not capable of making that flight, at that time, in those conditions.

As the distance to the snow fell to four miles, I thought of those years of flying Part 135 charter in the “bad old days,” where I never cancelled a trip for weather because I would have lost my job. Now, I was going to turn back, and admit I couldn’t cut it.

Then I thought of a friend’s approach toward crummy weather and decision-making: If nothing else, I didn’t want to look stupid in the NTSB report.

Passengers, and even family members, may expect you to complete the planned flight, just as you have countless other times. That’s usually not a problem when the weather and other conditions cooperate, and everything is going according to the plan.

But when things don’t proceed according to the plan, it pays to have prepared others to expect an outcome different from the norm. The FAA’s Risk Management Handbook, FAA-H-8083-2, calls this “managing expectations” and offers the following suggestions:

-Allow time on a trip for an extra fuel stop or to make an unexpected landing because of weather.
-Have alternate plans for a late arrival or make backup airline reservations for must-be-there trips.
-For really important trips, plan to leave early enough so that there would still be time to drive to the destination.
-Advise those who are waiting at the destination that the arrival may be delayed. Know how to notify them when delays are encountered.
-Manage passenger expectations. Ensure passengers know that they might not arrive on a firm schedule, and if they must arrive by a certain time, they should make alternative plans.
-Eliminate pressure to return home, even on a casual day flight, by carrying a small overnight kit containing prescriptions, contact lens solutions, toiletries, or other necessities on every flight.