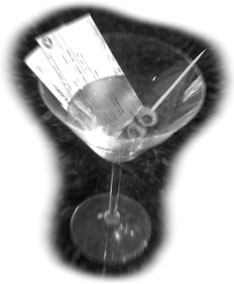 I often ask groups of pilots what FAR they think is violated the most frequently. Generally, the answer is pretty predictable. Most answer that it must be FAR 91.13, the catch-all careless and reckless operation of an aircraft that seems to accompany just about every operational FAR violation the FAA enforces.

This is fairly accurate, given the broad scope of situations in which 91.13 can be applied. This one aside, the most often violated FAR has got to be little-recognized FAR 61.15. The regulation itself encompasses being convicted of dealing drugs, but its primary application is in requiring the pilot to report convictions for driving under the influence of drugs or alcohol. The regulation refers to such occurrences as motor vehicle actions.

Despite the fact that FAR 61.15 became effective in 1978, pilots continue to suffer needless suspension of their airman certificates because of their failure to report the cancellation, suspension or revocation of their drivers license for operating a motor vehicle while intoxicated by alcohol or a drug. During my discussions on the reporting requirements with many individual airmen and airman attending aviation-related seminars, it has become very clear that most pilots are unaware of the reporting requirements of FAR 61.15.

This is particularly bothersome because pilots know the FAA requires all airmen to be familiar with the FARs. Unfortunately, FAR 61.15 appears to be one of the FAAs best kept secrets.

To create a public awareness of FAR 61.15 the FAA mailed letters to most airmen in 1992 describing its reporting requirements. More recently, the FAA has created several poster-size notifications that have been sent to flight schools and FBOs to be displayed on the bulletin board. The publications by the FAA were in response to requests by the EAA and AOPA and other aviation organizations to better educate the flying community on the 61.15 reporting process.

Multiple Reports?
The reporting requirements of 61.15 become very confusing to the unsuspecting airmen in a number of ways. First of all, almost all airman are aware that Question 18(v) on the Application For Airman Medical Certificate asks if you have a history of (1) any conviction(s) involving driving while intoxicated by, while impaired by, or while under the influence of alcohol or a drug; (2) history of any conviction(s) or administrative action(s) involving an offense(s) which resulted in the denial, suspension, cancellation, or revocation of driving privileges or which resulted in attendance at an educational or rehabilitation program.

It should be noted that individual traffic convictions are not required to be reported if they did not involve alcohol or drugs, if your license did not get suspended, or if you did not attend an educational or rehabilitation program.

If you check YES, then a description of the conviction and/or administrative action must be given in the Explanations box. The description must include: (1) the alcohol or drug offense for which you were convicted or the type of administrative action involved (e.g., attendance at an alcohol treatment program in lieu of conviction; license denial, cancellation, or revocation for refusal to be tested; educational safe driving program for multiple speeding convictions, etc.); (2) the name of the state or other jurisdiction involved; and (3) the date of the conviction and/or administrative action. The FAA may then check your motor vehicle driver licensing records to verify your responses.

If you fail to report such matters on your medical application, you may face federal criminal charges. The questions on the application for the Airman Medical Certificate have been determined by the courts to be plain and clear. The result is that the U.S. Attorneys office has been known to obtain convictions against airmen for failure to report the items requested on the application.

Furthermore, your Airman Certificates could be revoked for falsification of records in the event you were to state NO when you have in fact had convictions or administrative actions resulting in the suspension of driving privileges.

Because of the high profile of the criminal charges brought against various airmen in the past, most pilots are very well aware of the importance of accurately answering the questions on the medical application. They therefore rarely fail to report traffic convictions involving alcohol or their drivers license suspensions or cancellations on their medical application.

The reporting requirements under FAR 61.15 are a different story.

Although many pilots have a vague recollection that hidden somewhere in the FARs is a requirement that you report a drivers license suspension as a result of any alcohol or drug offense within 60 days, theyre fuzzy on the details. Many think they can wait until they apply for their next medical certificate and report it there to fully comply with the FAAs regulations. Under FAR 61.15, this is not satisfactory at all and will certainly put you in hot water.

FAR 61.15 is very confusing because it starts with the use of a vague term called motor vehicle actions. This is a rather generic term that does not grab anyones attention. Its not until you get into the fine print of the reg that you learn a motor vehicle action means:

a conviction for the violation of any federal or state statute relating to the operation of a motor vehicle while under the influence of alcohol or drugs,

having your license suspended or revoked due to any cause that relates to the operation of a motor vehicle while under the influence of alcohol or drugs, or

having an application for a license denied because of some cause thats related to the operation of a motor vehicle while so impaired.

The Hidden Trap
Most people reading the regulation see the word conviction and stop there. Thats a big mistake.

Lets say you get a ticket for DUI. In a fit of righteous indignation you hire a talented defense attorney who is able to successfully defend the DUI charge and have it dismissed. The attorney tells you that because the DUI charge is dismissed your record is clean and you have nothing further to worry about.

That attorney would be right – almost. Given the quirks of the Federal Air Regulations, the attorney is probably dead wrong that beating the DUI means you have no further concern.

What happens in most states is that the arresting officer takes the offending persons license on the spot when that person is arrested for DUI. Driving privileges are temporarily suspended at the time of arrest until the charges are resolved.

Even if the DUI charges are eventually dismissed, the FAA considers this temporary loss of license to be a suspension under the purview of 61.15. If you – or more precisely the attorney you hire – are fortunate enough to defend against the DUI, you can then immediately obtain a reinstatement of your driving privileges. You have not been convicted and your driving privileges are restored.

However – and heres the rub – there was still that period between the time you were busted and the time the charges were dismissed in which your license was suspended. This absolutely requires reporting within 60 days under the procedures set forth in 61.15.

The FAA Chief Counsel has rendered an opinion that if an airman refused to submit to the request for an alcohol test and his or her drivers license is suspended for such refusal, even if the airman is subsequently acquitted on the underlying criminal charge for alcohol- or drug-related operation of a motor vehicle, the administrative license suspension of revocation would be considered a motor vehicle action and must be reported under 61.15.

Another Gotcha
Now the second problem area of 61.15 is the misunderstanding of where to report the violation.

One of the most noteworthy examples of the FAAs policy on enforcement for violation of 61.15 concerns an airman who, within a few days after his arrest for a DUI, contacted the local Flight Standards District Office asking for advice.

The FSDO simply told the pilot to report the conviction on his next medical application and did not mention the notice requirement of 61.15. The FAA later sought suspension of the airmans certificate for 20 days for failure to follow the notification requirements of 61.15.

The NTSB hearing officer found in favor of the pilot, but the FAA appealed the matter to the full NTSB board, which found the pilot had violated FAR 61.15. Because of the circumstances the NTSB Board did not impose the suspension the FAA had sought, but nevertheless the violation remained on his record.

Therefore, it can be seen that the NTSB has upheld the proposition that even though the alcohol-related incident was reported to the FSDO and on the medical within 60 days of the incident, it did not relieve the airman of the responsibility to report the infraction under 61.15.

This brings us back to the question of the proper place to report. Buried within the verbiage of 61.15(e), the FAR provides that the person must provide a written report of each motor vehicle action to the FAA Civil Aviation Security Division not later than 60 days after the motor vehicle action.

The regulations and the interpretation of those regulations by both the FAA and NTSB make it clear that a driver license suspension or arrest for DUI must be reported to FAA Civil Aviation Security Division. Reporting it on the medical application to the FAA Flight Standards District Office does not count. It clearly must be reported to the FAA Civil Aviation Security Division within 60 days.

As a word of comfort for a first-time DUI offender, there should be no stigma for reporting it to the FAA Civil Aviation Security Division under 61.15 and under the medial certificate application provision. The FAA generally does not take any action on a first-time, one-time DUI.

However, FAR 61.15(3) specifically provides that if a subsequent motor vehicle action occurs within three years of a previous motor vehicle action, then it is grounds for suspension or revocation. If an airman does receive a second DUI within three years, it has been my experience that his medical certificate will be suspended until he or she can show proof of alcohol rehabilitation or demonstrate there is no alcohol problem.

Failure to specifically comply with 61.15 can lead to drastic measures that no pilot will want to experience. In the event you get cited for DUI, its important to understand how the laws of the state I which you were cited interact with federal regulations.

Only after you comply with FAR 61.15 should you turn your sights on answering the questions concerning convictions, suspensions, or required attendance at educational or rehabilitation programs on the application for an airman medical certificate.

Also With This Article
Click here to view “Tricks and Traps.”

-R. Patrick Phillips is co-chair of the EAA Legal Advisory Counsel and is a Florida Bar certified Aviation Law attorney. He holds ATP, CFII and A&P ratings, as well as an unrestricted low-level aerobatic waiver.