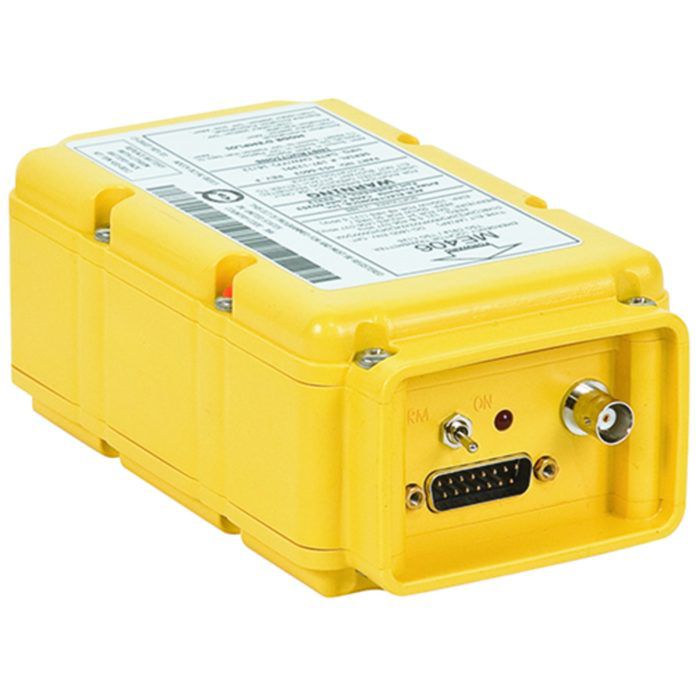 The emergency locator transmitter (ELT) is one piece of equipment pilots often forget about. Checking the battery at the annual inspection is usually the only attention these devices receive, even if they’re used in harsh environments. That’s probably not the best preventive maintenance practice, as a recent Special Airworthiness Information Bulletin (SAIB CE-19-12) from the FAA alerts us.

The SAIB is focused on ELTs from ACR Electronics, Inc. (ACR, formerly Artex Aircraft Supplies, Inc., and Chelton Avionics, Inc.), models G406-4, C406-1, C406-1HM, C406-2, C406-2HM, C406-N and C406-NHM. According to the agency, these ELTs may not transmit alert and location signals in the case of an accident involving an aircraft to which they are mounted “due to an inoperative or a deteriorated G-switch.” The SAIB states that an ELT mounted in a high-vibration environment, “for example in the tail of a helicopter,” could have its acceleration sensor deteriorate after having been subjected to high levels of shock and vibration for five years or more. The new SAIB recommends best practices for the inspection, modification and replacement of these ACR ELTs located in high-vibration environments. In our view, these recommendations can be applied to similar ELTs from other vendors.

According to the SAIB, “The FAA has received reports of ACR ELT model C406 failures. Investigation and testing indicated that in some cases the main longitudinal G-switch was inoperative. Further investigations revealed that the performance of the ELT acceleration sensor could deteriorate after having been subjected to high levels of shock and vibration for five (5) years or more.

“This condition, if not detected and corrected, could result in the ELT not transmitting alert and location signals in case of an accident, which could result in delayed deployment of rescue crews and possibly preventing timely medical assistance to injured crew members or passengers.”

The FAA notes that ACR Electronics has published a service bulletin (SB 1000, dated January 14, 2019, now in Revision A) detailing the situation and what operators should do. According to the service bulletin, ACR introduced an updated and hermetically sealed G-switch assembly in the C406 family of ELTs beginning in 2016. The company’s authorized service centers were directed to replace the original G-switches on units received for service with the updated version. However, the G-switch manufacturer issued an advisory in August 2018 and, as a result, ACR’s service bulletin introduces a replacement mandate or increased inspection frequency for affected ELTs equipped with the original G-switches.

The new service bulletin applies only to rotor-wing aircraft, which the company says “are subject to higher levels of shock and vibration.”

Any affected ELT “operated in a rotary-wing environment and with more than five (5) years in-service” should have its documentation reviewed to determine if its G-switch has been updated. “Unless the updated G-switch is proven to be installed,” the service bulletin says, “the part must be returned [to an authorized service center] for replacement of the original G-switch with an updated switch.”

Operators with G-switches from five to seven years old must inspect them every four months, while a three-month interval is recommended for those with less than 10 years in service. Longer than that and the ELT should go back to ACR for G-switch replacement.

Always follow the Instructions for Continued Airworthiness applicable to the ELT installed in the aircraft. Pay particular attention to recurring inspection intervals and instructions, which include recurrent testing of the G-switch.

If your aircraft is equipped with [a certain G406 or C406 ACR ELT] and the ELT is installed in a high vibration environment, for example in the tail of a helicopter, and the ELT has been in service for more than five (5) years, replace the G-switch in accordance with ACR SB1000.

As an alternative to replacement, accelerated inspections may be performed in accordance with ACR SB1000 during the period from five (5) to ten (10) years in service, after which the G-switch should be replaced.

As online sister publication AVweb.com reported in June, a cooperative industry effort to make pilots and FBOs aware of the risks of jet fuel contaminated with diesel exhaust fluid (DEF) has resulted in a comprehensive set of recommendations. The Aircraft Diesel Exhaust Fluid Contamination Working Group—comprised of the Aircraft Owners and Pilots Association (AOPA), General Aviation Manufacturers Association (GAMA), National Air Transportation Association (NATA) and the National Business Aviation Association (NBAA), as well as fuel suppliers and the FAA—developed a comprehensive report and series of recommendations on recent contaminations and what operators and FBOs can do about it.

AVweb reported, “The task force was prompted by cases of Jet-A contamination by diesel exhaust fluid (DEF), which is designed as an anti-pollutant additive. DEF wreaks havoc on turbine fuel systems, and in a case last month caused two Citations to have engine shutdowns in flight; both landed safely. Unfortunately, DEF cannot be detected by flight crews, so the onus is on FBOs and fuelers to ensure purity of the supply chain.”

According to the report, “In each of the three events, DEF was confused with Fuel System Icing Inhibitor (FSII), which is more commonly known by brand names Prist, Dice and also referred to as DiEGME. FSII is used to address the potential for freezing of any water within jet fuel when the aircraft is at altitude. Its properties also make it ideal for the prevention of microbial growth that can occur in aircraft fuel tanks.”

The FAA in June issued a Special Airworthiness Information Bulletin (SAIB CE-19-11) regarding an airworthiness concern involving Eastern Aero Marine (EAM) Worldwide’s Infant Life Vests Model EAM-IN-V20L8, P0640-XXX. According to the SAIB, the battery assembly powering the survivor locator light installed on these life vests may include a protective plug intended to only be in place during manufacturing. The plug inhibits activation of the survivor locator light and “would normally be removed prior to delivery to end users. Unless the protective plug is pulled during the vest donning process, the survivor light will not activate as intended. Currently, there are no instructions advising the removal of the plug during the vest donning process.”

The FAA’s SAIB references EAM Worldwide Service Bulletin INV-25-2, August 6, 2018, Revision A, which “specifies and provides procedures for ensuring that the protective plugs have been removed from the life vests and discarded. This is a one-time action for removing the plugs.”