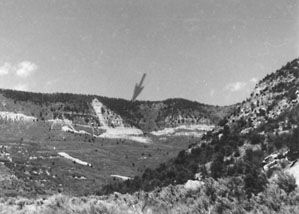 Being a responsible pilot means there are a lot of things you cant take for granted. Proficiency, maintenance, charts, briefings, inspections, review and judgment are all routine parts of the game.

Some people play it well and play it to win. Some play it to have fun or pass the time. Some play because they think they should. Some shouldnt play at all, but do.

Accidents that involve the latter group are easy for more serious pilots to dismiss. They reason that by virtue of a more businesslike approach they are immune from many of the troubles that befall their unfortunate brethren.

As you go up the aviation hierarchy to more flying hours, more ratings and bigger airplanes with faster cruise speeds, you would expect to see a decline in the dumb mistakes and obvious errors in judgment that are more common among the less experienced. Often youd be right, but sometimes youd be wrong.

Experience helps stack the odds in the pilots favor, but experience comes in unpredictable ways. Experienced airline pilots can strike out as bush pilots. Someone who routinely handles ice may fumble when it comes to thunderstorms.

How you fly – not how often or for how long – determines how experienced you are, and therefore how qualified you are for any upcoming flight.

A pilot and his wife arrived at the Grand Junction Airport one May morning in 2000, eager to depart of the next leg of a 7-airplane caravan around the southwestern United States. The weather that morning was stormy and windy, but the couple was eager to meet up with the other six airplanes, which were waiting in Vernal, Utah, 105 miles north, to continue the trek. The other planes had gone on the day before, and now the pair was playing catch-up.

They arrived at the airport shortly after 9 a.m. local time and the pilot punched up the weather on the FBOs computer. The fields ASOS reported winds gusting over 26 knots, moderate rain and mist, broken layers at 2,400 and 3,200 feet, with an overcast at 5,000 feet. The temperature was 44 degrees F, dewpoint 43 F.

Bad News Weather
He called Flight Service and said he wanted to fly the route VFR. The briefer told him of an Airmet for turbulence, icing conditions and mountain obscuration. VFR along the route through a mountain pass, the briefer said, was not recommended.

Later in the morning, the pilot called again, repeating his proposed route and saying he would file IFR if he had to. The briefer supplied the pilot with Convective Sigmets and Airmets that applied to the route of flight.

The pilot asked freezing levels, and the briefer said icing levels were forecast to start somewhere between 7,000 and 10,000 feet. The minimum enroute altitude for the route was 10,800 feet, although the briefer mistakenly told the pilot it was 11,800 feet.

The pilot specifically said he wanted to stay out of icing conditions, and the lower I fly the better.

During a third weather briefing, the pilot asked to file a VFR flight plan. Route of flight would be along a Victor airway, and cruise altitude was reported as VFR. By then the precipitation had begun to move off to the east, a fact the pilot verified with the briefer, who added that the pilot could deviate to the west on his northward flight to avoid the weather.

The pilot asked again about the icing levels, but the briefer demurred, saying he had no pilot reports concerning icing.

Apparently believing the weather had become tame enough to allow VFR flight, the couple decided to load their baggage into the Cessna 210. Three employees of the FBO accompanied the elderly couple to the airplane and untied it.

The pilot mentioned to one of them he was planning to fly through Douglas Pass. The employee told investigators, From where we were standing the clouds looked like they were obscuring the mountain tops pretty heavily in that area. We suggested he head west toward Green River [Utah] where the weather was clearer.

The pilot said hed consider it if the weather along his planned route wasnt good enough. He also said he was not going to file IFR because hed been unable to ascertain the icing levels. At about 12:30, the airplane took off and began a climb to the north.

Radar data shows the airplane climbed to an altitude of 8,700 feet over the next 15 minutes or so. Satellite imagery retrieved later showed the leading edge of a distinct band of clouds that extended southwest to northeast in the area at the time. Winds were blowing from the west at about 15 knots.

Ominously, the terrain climbed as the airplane cruised, rising past 8,700 feet. Unfortunately, the airplanes last recorded altitude was 8,600 feet.

The airplane struck the ridge 50 feet below its crest adjacent to Baxter Pass, which has an elevation of 8,786 feet. The accident site was six miles east of the Victor airway the pilot was tracking and eight miles west of Douglas Pass, the route the pilot planned. Both of the occupants were killed.

Rookie Mistake?
VFR into IMC, right? An easy open and shut case. A rookie mistake.The pilot had been issued a commercial license for SEL, MEL and Instrument nearly 30 years earlier. After he retired as an engineer, he became a flight instructor a year before the crash. He had logged some 600 hours of instrument flight, including 334 actual, during his nearly 4,100 hours of flying. His BFR was in order and he was instrument current.

A review of the pilots logbooks shows fairly meticulous attention to detail. The 210 just one of his airplanes. He also owned a Pitts S-2AE he had built himself, completing it in 1982.

A review of his logbook for the year prior to the accident shows an active general aviation pilot, usually flying four to six times a month. Sometimes the flights were local flights in the Pitts for less than an hour. Sometimes hed serve as a safety pilot in his 210 or his friends. He gave a few lessons, but was not a very active instructor.

Many of his flights in his 210 were between his base in Arlington, Texas, and Colorado Springs. In 1999, he flew the 210 to Oshkosh for AirVenture.

On paper, this appears to be one guy youd never expect to get into a simple VFR-into-IMC clash. But the radar track is typical for accidents involving controlled flight into terrain during lousy weather. The track essentially follows the intended path until the very end, at which time maybe the last one or two returns show sudden and extreme evasive action.

The dynamics of this flight are things most pilots can relate to. Flying with a spouse in an airplane you know well. Meeting up with friends or relatives. Feeling internal pressure to get there, if for no other reason than you said you would.

But this one is more than that. The pilot was experienced, current and qualified. For whatever reason, he decided he would not go into the clouds without some knowledge of the icing level.

This conviction appears to show the gap in his experience. Midwestern and Northeast pilots who dodge ice regularly know the freezing layer can be in one spot for one Pirep and another spot for the next. By having an out in mind before they start, they know whether theyll descend to warmer air, turn around or push on through.

This pilot, however, did not appear to have such a knowledge base on which to build. He wanted a black and white answer for a question hed asked two briefers.

One gave him a forecast from an Airmet. The other gave no report due to lack of Pireps.

Its easy to say the pilot should have known the only way to find out where the ice is would be to fly up and see if he got dusted. But that knowledge was not part of his experience, however broad the rest of his experience might be.