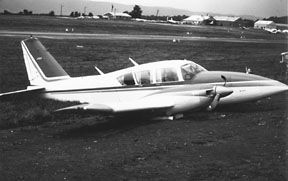 Day in day out, week after week, in good weather and in poor, pilots are beating the snot out of airplanes, using the runway, edge lights, signs, ditches or anything else that gets in the way of their landings.

Landing accidents account for more than a third of all general aviation accidents. While landing accidents are not as likely to be fatal as other kinds of crashes – only 3 to 4 percent of fatal accidents are caused by poor landings – they are responsible for nearly 500 bent airplanes per year.

General aviation accidents tend to be caused more often by pilot error than by mechanical problems, and those pilot errors can be separated into two categories: judgment errors and skill shortcomings. While some areas of judgment are suspect in pilots who have landing accidents, most of the problem appears to be a shortage of skill. Training and currency, which together help make a pilot proficient, are the best cures for most pilot-induced landing accidents.

The accident record is filled with just about every type of landing accident conceivable – often by pilot/owners with enough experience in the airplane to know better. They routinely touch down more than half way along a runway, bounce hard enough to push the landing gear through the wings, depart the runway to the left or right and careen into airplanes, buildings or signs. Landing short, landing long, landing to the side of the runway. With wind or without.

Its enough to make you wonder if the pilot thinks the airplane will land itself if left alone.

Practice and attention to detail are two key factors in reducing the frequency of landing accidents.

Some pilots seem to think the need for practicing landings goes away after the ink is dry on the private certificate. Shooting touch and goes is seen as rookie work, even among pilots who fly only 50 hours a year. Pilots who fly more often think they get enough practice while flying for real that they dont have to schedule additional training. That may be so, but a thick logbook doesnt protect you from a run-in with a runway.

Speed Control
The primary underlying cause of poor landings appears to be lousy speed control. Get too slow and your choices are to land short or risk stalling onto the runway and landing hard. Either way, its hard on the airplane. Come in too fast, and the airplane floats down the runway. You then have two choices other than going around: plunk it on flat or nosewheel first, or run off the end of the runway. Either way, your airplane will be cringing in anticipation.

Few pilots would dispute that, in general, the goal of a normal landing is to put the airplane on the ground as slowly as possible, given the conditions. Its the application of the theory that seems to give people trouble.

After several years of flying, many pilots fall into the habit of flying the airplane onto the runway. The landings are flat, sometimes nosewheel first because the airspeed is high and raising the nose would make the airplane balloon. A lower airspeed is needed to induce a higher angle of attack, which would put the mains down first.

Absent gusty winds, the optimum airspeed on short final should be no higher than 1.3 times the stall speed in that configuration. One common problem is that pilots misinterpret the recommendations of their POH. For example, the handbook of a Piper Arrow recommends trimming to an approach speed of 90 mph with flaps and gear extended. In that configuration, the stall speed is 64 mph CAS, or about 58 IAS.

The logical jump many pilots fail to make is that the recommended approach speed applies to final approach, but the airplane continues to be slowed until the flare and touchdown. The airplane can lose 30 knots – more than half of its kinetic energy – before it stalls.

A similar problem can arise if the pilot misjudges the glide path and arrives on final high. In an attempt to get into position to land, he may dive the airplane at the runway, increasing the airplanes momentum.

It is this excess energy that causes pilots problems.

A typical scenario: The pilot comes in hot. He flares and the airplane balloons. As he floats down the runway, he gets nervous and pushes forward to ease it on. Fearing a nosewheel strike, he pulls back to flare at the last second while the airplane has plenty of flying energy. The result is an energetic bounce and pilot-induced oscillations.

Depending on the oscillations, the pilot hits nosewheel first and bends the firewall or stalls and hits sharply on the mains, pushing them into the wing. If the wings arent level, the airplane makes a trip off the side of the runway.

If the airplane entered the flare more slowly, the airplane will be less sensitive in pitch, making a balloon less likely, and the pilot also has more time to think about things.

Executing a perfect landing with excessive airspeed is difficult because the margin of error is tiny. The pitch attitude especially must be carefully handled to prevent bouncing or ballooning. Even if a fast landing is executed perfectly, the airplane will use more runway and wear on brakes and tires will increase proportionately. Touching down only six or seven knots fast can increase the landing roll by more than 20 percent.

Configuration and Weight
In gusty winds, most pilots add to the approach speed to keep the airplane under better control. One rule of thumb is to add half of the gust factor to your approach speed. However many pilots neglect to consider that the extra speed also needs to be bled off before landing.

One way to cut the speed reduction somewhat is to land without flaps or with partial flaps. Recalling that the best approach speed is 1.3 times Vso, raising Vso means you can land faster and still be within acceptable parameters. The difference between flaps and no flaps stall speeds is typically between 7 and 10 percent in most singles and light twins – which increases landing roll by 20 percent.

However, those figures are based on maximum gross weight, the number usually given in a POH. At the end of a flight, however, the airplane may be several hundred pounds under max gross, which means the POH numbers are high to begin with and must be adjusted for the lighter weight.

Its easy to see how pilots let approach speeds creep up much higher than they need to be. The tendency is complicated by the reluctance some pilots have to flying anywhere near stall speed, particularly when anticipating banked turns in the pattern.

Directional Control
Running off the side of the runway can stem from several different sources. During a bounced landing, for example, the pilot may add a touch of power to smooth out the airplane and cushion the next impact. However, adding power also requires adding rudder to counter the effects of torque, but many people fail to do that. The result, in virtually all singles and many twins, is a slight turn to the left. Most of the calm-wind loss of control accidents that involve departing the side of the runway happen to the left.

If the wind isnt calm, a bounce or, to a lesser extent, balloon can lead to a loss of control. When the pilot starts to grasp for stability near the runway, proper crosswind controls are often the first thing to go, particularly if the airplane has bounced. The airplane then weathervanes into the wind and departs the runway into the wind.

Many times the slight deviations due to torque or weathervaning can be easily handled with rudders or, in extreme cases, with rudder and brakes. However, the generations of pilots trained in tricycle-gear airplanes tend to avoid positive control of the airplane with the rudder.

To them, the rudder pedals are for steering on the ground and coordinating turns. They are literally caught flat-footed by the departure of the airplane, or at best make weak, late stabs at the pedals without much confidence in their actions.

Runway contamination, bumps in the pavement, flat spots on one tire or unequal pressure by the pilots feet can send the airplane heading in an unexpected direction. And thats before considering the various mechanical conditions that can cause one wheel to bind quicker than the other.

Remember that at touchdown speed the rudder still has good authority. Wait to use brakes until the airplane has slowed to about two-thirds of its touchdown speed.

Pilots tend to scoff at non-pilot passengers who judge a pilot by the smoothness of the landing. While there is much to be said about the judgment that comes with planning an optimal flight around weather or the ability to make power changes with no one noticing, the landing is where it all comes down to pilot skill.

So in a way, those nave passengers are right. From a skill standpoint, there is much to be said about the value of a smooth landing.