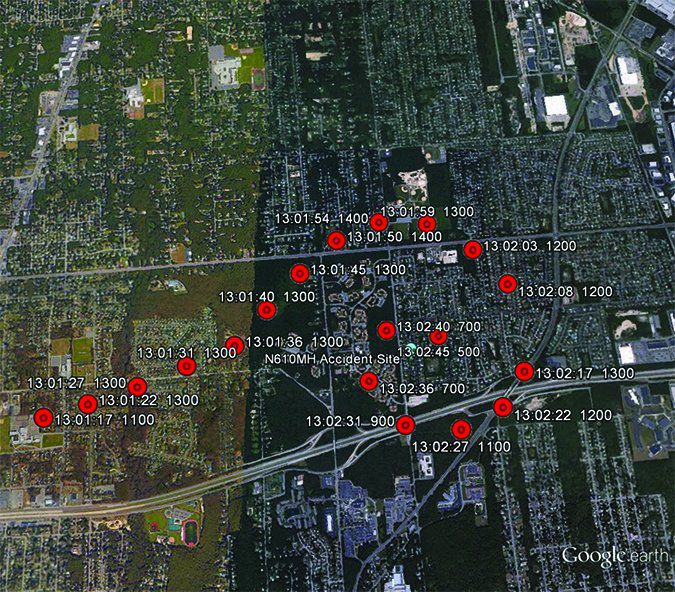 From a risk-management standpoint, short hops don’t get the respect they deserve. For an experienced pilot, it’s hard to get too worked up about a 10- or 15-minute jaunt from one airport to another one close by. Yet short hops of such duration often come with a high workload, especially in a complex airplane or in complex airspace.

Another “feature” of short hops is the pilot’s presumption that the weather at the arrival airport will be at least nearly the same—as at the departure facility. That’s usually a safe bet, unless there’s some frontal or squall line activity approaching, or the airports are near some topographic feature with the ability to influence weather locally, like a large body of water. Still, it’s hard to get too worked up during your pre-flight planning about a quick trip between two airports you likely know well.

Once we’re airborne on such a short hop under VFR, we likely can see the destination, or at least most of the way to it. If we can’t, there’s something wrong, and we should investigate, even as we motor off in the right direction. Maybe dial up the destination’s automated weather on one radio while we reserve the other one for ATC. And if things start working out badly, talking to ATC early and often while in congested airspace is always a good idea.

On June 17, 2014, at 0903 Eastern time, a Columbia LC-41-550FG Columbia 400 was destroyed when it impacted terrain in a residential area and was subsequently consumed by a post-crash fire. The solo, non-instrument-rated private pilot was fatally injured. Instrument conditions were reported near the accident site. The flight departed Farmingdale Republic Airport (KFRG) in Farmingdale, N.Y., at 0850, with the Long Island MacArthur Airport (KISP), Islip, N.Y., as its intended destination. The total distance between the two airports is 15 nm.

According to Lockheed Martin Flight Service, the pilot called at 0630 and received an abbreviated briefing for an 0730 departure. Weather at KFRG and KISP, respectively, included nine miles’ visibility and few clouds at 7000 feet, and 10 miles’ visibility, few clouds at 6500 feet, scattered clouds at 9000 feet and an overcast ceiling at 26,000 feet. The briefer did not provide, nor did the pilot request, forecast conditions for either airport.

The pilot was cleared for takeoff from KFRG at 0850. The pilot contacted the Tracon at 0859 and requested “help” and said he didn’t “have visibility.” The controller asked, “Are you declaring an emergency because Islip’s IFR,” to which the pilot did not respond. When the controller queried him again about one minute later, the pilot stated, “I will go back to FRG.” This was at about 0902.

The wreckage path extended about 185 feet; the propeller, various engine components, and pieces associated with both left and right wings were located along it. The main wreckage was completely consumed by post-impact fire, precluding detailed examination of the cockpit instruments, flight control surfaces and control tubes. One propeller blade was fractured near the hub; the other two blades exhibited s-bending, leading edge gouging and chordwise scratching.

The airplane was equipped with a Garmin G1000 “glass-panel” system, and a backup altimeter, attitude indicator and airspeed indicator. The G1000 installation included an autopilot with the capability to control the airplane in the roll, pitch and yaw axes. The pilot reported a total flight experience of 1200 hours on his most recent medical certificate application; his most recent flight review was conducted on August 26, 2013.

Between the time of receiving his abbreviated weather briefing and taking off, the weather at the pilot’s destination had changed. The 0853 weather observation at KFRG included wind from 210 degrees at three knots, 10 statute miles visibility and broken clouds at 10,000 feet. But KISP’s 0856 weather observation included wind from 220 at eight knots, seven statute miles’ visibility and an overcast at 700 feet.

The pilot of a different airplane reported conducting an instrument approach to KISP at about 0920. He later stated the conditions included cloud tops at around 1500 feet and he was in visual conditions at 2000 feet after climbing through the cloud layer. He remarked that the weather conditions predicted in that morning’s TAF were better than the actual conditions experienced in the area on the day of the accident.

The NTSB determine the probable cause(s) of this accident to include: “The non-instrument-rated pilot’s encounter with instrument meteorological conditions and his decision to continue visual flight rules flight in instrument conditions, which resulted in a loss of control due to spatial disorientation.” Sure. But there are some other things going on here.

According to the NTSB, “Despite the discrepancy between the forecast and actual conditions present on the day of the accident, it should have been apparent to the pilot upon takeoff that the cloud ceilings and visibilities were below VFR minimums as the flight progressed. Additionally, the pilot could have obtained the automated weather report at the destination airport via radio shortly after departure, which would have informed him that the airport was experiencing IMC. However, the pilot’s communication with ATC suggested that he was not aware of the weather conditions at his destination.”