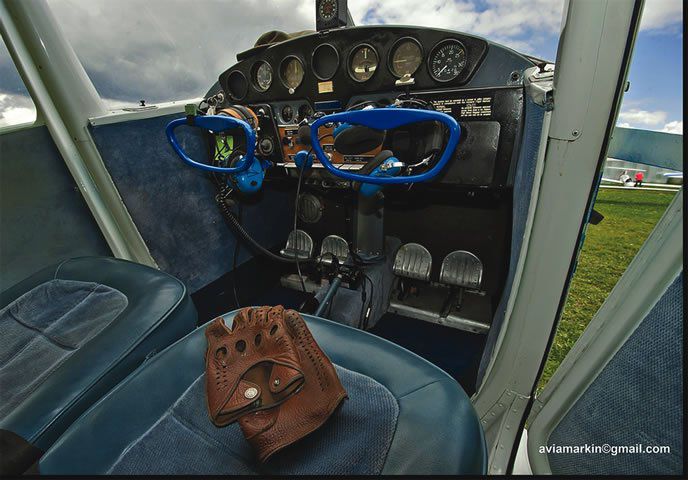 It is said a pilot cannot conduct a flight without violating at least one FAA regulation somewhere along the way. Advocates look no farther than FAR 91.103, which requires a pilot to become “familiar with all available information” (emphasis added) pertaining to a flight before taking off, which simply isn’t possible these days. If one equates FAR compliance with safety, that means at some point during the flight, we’re unsafe. We don’t buy that, and can think of many situations where at least bending a FAR can be the safer action, and when violating one really should be the least of our worries.

“Don’t do anything stupid” might be a better regulation, though it lacks specificity. Instead of worrying about violating a FAR, we really should be more concerned with how we’ll conduct the proposed flight and minimize the risks it poses. Any activity—even staying home watching television—poses risks, and personal aviation is no different. Since humans began this powered aviation “thing,” we’ve been trying to get it right and minimize those risks. Along the way, we’ve learned a few lessons.

One of the things we’ve learned is that takeoffs and landings can pose challenges beyond the typical pilot’s capabilities. Too often we’re reminded that we’re just not very good at it. Evidence can be found on the opposite page, which reproduces some graphs from the AOPA Air Safety Institute’s 24th Joseph T. Nall Report.

The fact is, a lot of accidents occur while we’re approaching, operating on or departing a landing surface. Many takeoff/landing accidents involving losing control of the airplane. In most of these accidents, directional control is lost on the runway, and we imagine, just above it. Crosswinds and gusts are one challenge, as are choosing an appropriate operating surface and properly configuring the airplane. As the graphs on the opposite page show, however, losing control is the leading reason for takeoff and landing accidents. Why is this, and what can be done about it?

“Takeoff and landing accidents in particular tend to happen very quickly,” the 24th Nall Reports says, “focusing attention on the pilot’s airmanship, though the decisions that put that airmanship to the test are not always beyond question.” In other words, humans are not very good at landing airplanes. Sometimes we lack the skills, and even when we know what we’re doing, the very decision to attempt landing on a runway under the existing conditions can be the source of our problem. We’d guess airspeed control—or lack of it—figures prominently in takeoff and landing accidents.

Fixing what’s wrong with your landings and takeoffs is beyond this article’s scope, but there are takeaways. Simply know that losing control during a takeoff or landing is a leading accident cause. If your landings’ outcomes are ever in doubt, grab your instructor or someone familiar with the airplane you fly and the runways you use and go practice. The other takeaway is that, barring mechanical failure or extreme weather, these accidents are preventable.

We all probably know someone who has flown IFR—or at least flown in IMC—without benefit of an instrument rating. And each year there’s a handful of accidents, usually fatals, resulting when pilots try to scud-run without adequate situational awareness. Given the approved and unapproved electronic terrain-avoidance tools we have these days, there’s little reason anyone should be smacking into a hill. But there’s also the not-so-good, old-fashioned spatial disorientation, in which a pilot proves incapable of flying by reference to instrument alone and loses control.

Not flying in poor weather is an easy way to minimize risk. It’s as simple as that. If you do fly in poor weather, you must be trained and equipped for it. Further, complying with the basic rules of the IFR system—adequate fuel, currency and competency, never descending below DH/MDA/DA unless the runway environment is in sight—will go a long way toward ensuring a safe arrival. If we must fly in IMC to complete our mission, we also must respect the weather. No aircraft is immune to icing, thunderstorms or low-lying fog.

But respecting weather means more than just canceling a trip when the forecast is below minimums. We also have to consider its more benign characteristics, like wind. En route, a headwind easily can add an hour to our flight, making fuel and fatigue new factors. While landing or taking off, there may not be a runway suitably aligned, forcing us to exceed demonstrated crosswind values or our own minimums. Meanwhile turbulence often accompanies wind, making the trip less comfortable and adding to our fatigue. The airplane doesn’t know you can’t see the ground, or even a mile ahead of you, and it will perform just as it does on a sunny day, everything else being equal. But weather always impacts our flight and must be considered against the reality of how well the airplane is equipped and how ready the pilot is to cope. Too often, the airplane is capable, but the pilot is found lacking.

Weather-related accidents also are preventable. Know your limitations, and don’t get into weather beyond your skill and training. If you do, consider turning around or an unscheduled stop to wait it out.

The old saying that the only time you have too much fuel is when you’re on fire is usually true. Another way to look at it is this: Any time the engine is turning, you’re running out of gas. Fuel-related issues, of course, aren’t restricted to exhausting the supply you brought with you: Mismanagement or starvation—fuel is available in a tank, but you forgot to switch to it in time—can be a big deal, also.

Most of us drive an automobile of one sort or another, and are accustomed to determining its mileage. Airplanes also lend themselves to such calculations, but based on time, not miles. We have tables or graphs we can use to help us set power and determine fuel consumption rates. Perhaps we don’t use them effectively?

We also have the benefit of being able to visually establish the fuel load before takeoff, something we usually can only do with a car by looking at the fuel gauge. If we don’t have enough to reach our destination, we stop somewhere en route to get more. So should it be with airplanes.

From the accident record, however, it appears we don’t always establish how much fuel is available before takeoff. Sometimes when we do, we overestimate it or underestimate how much it will take to get us where we’re going. This, too, is a preventable accident type.

Yes, straight-and-level is boring. But it’s not very risky. Turning and burning, meanwhile, and performing aerobatics in an aircraft not designed for it increases risk, sometimes to unacceptable levels. Other kinds of risks from maneuvering include low-level flight, perhaps while spotting wildlife or monitoring ground activities.

And then there’s showing off—buzzing a house, for example, or steep turns, dives and climbs—all of which can be a good way maintain skills, but tend to have tragic outcomes when performed at low altitudes. The pilot engaging in these activities usually is the most ill-equipped to pull them off, something the accident record also demonstrates. Again, these accidents are easily prevented. Just say no.

Perhaps because they’re relatively rare, we also should worry about mechanical failures, especially of the powerplant kind. Ensuring the airplane is in top shape is a good place to start. Another one is minimizing exposure to inhospitable terrain or when the airplane is beyond gliding distance to a suitable landing area.

Critical mechanical failures are unusual, but the best way to minimize them is to practice your response. When was the last time you simulated an engine-out approach and landing from pattern altitude? Or a max-rate descent? Ultimately, we may not be able to do much to prevent a mechanical, but we should know the best way to respond to its challenge.

At the end of the day, minimizing the risk of your next flight comes down to the decisions you make: Is the weather good enough? Is there enough fuel? Are runway conditions within my comfort zone? Am I competent with emergency procedures? And if you have to ask yourself if low-flying stunts are warranted, they aren’t.