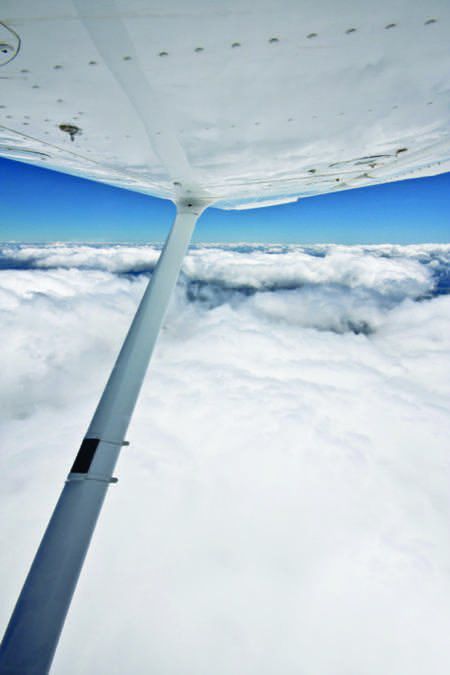 Thanks for Bob Wright’s article in the September 2017 issue, “Single-Pilot Challenges.” I wanted to comment on a sidebar accompanying the article: “What Makes A Good IFR Platform.”

I agree with the author’s take that range, speed and installed equipment all combine to make an airplane enjoyable to fly in the IFR environment. Those lacking similar capabilities obviously can be flown on IFR cross-countries, but come with various shortcomings that may need to be addressed depending on the mission. In my view, using a general aviation airplane for city-to-city transportation raises fatigue issues that pilots shouldn’t ignore.

The sidebar correctly notes that an airplane’s unstable aerodynamic characteristics can contribute to fatigue. Anyone who’s fought for a few hours with an airplane that just won’t fly straight and level can relate, especially when on instruments.

But I’d suggest fatigue is inevitable when flying these aircraft IFR over relatively long distances and for hours at a time. Breaking up such trips into two or more flights with a fuel stop, during which the pilot is hydrating and stretching his or her limbs, will be just as beneficial to combating fatigue as an autopilot and more speed.

Thanks again for a great article and for allowing me to comment.

Thanks, Keith. Having been there and done that, we certainly agree that flying for hours at a time causes fatigue, and breaking up such a trip into multiple legs is an excellent way to overcome it. We’d also suggest letting weather guide us: It might not make sense to stop if the planned intermediate airport’s weather is down the tubes while the ultimate destination is clear and a million. As always, pilots need to use good judgment when coping with fatigue so they don’t make the situation worse.

Your cover article in the October 2017 issue, “Touch-And-Goes,” covers a lot of the knowledge instructors should be imparting to their students when performing these landings and takeoffs, and it’s interesting that the FAA doesn’t seem to have developed much guidance on the maneuver. I have two basic questions as follow-up, however.

First, you suggest turning onto the traffic pattern’s crosswind leg at 500 feet agl. I’m concerned this is too rigid for students, and that some other guidance may be more appropriate. Their airplane’s climb-performance capabilities may put them too close to the runway, and possibly in conflict with traffic entering the pattern on the downwind. It may also put them too far away, and unnecessarily force them to spend valuable training time flying back to the airport.

The second question concerns routine position announcement in the pattern during multiple touch-and-goes. What do you recommend?

The easy answer to your second question is to make all pattern-position announcements as you normally would during a single approach and full-stop landing. In our book, this includes on downwind, on base and on final, each time appending that the airplane will be performing a touch-and-go. Making these radio calls consistently is part of the touch-and-go “learning experience,” and is one of the reasons we perform these maneuvers.