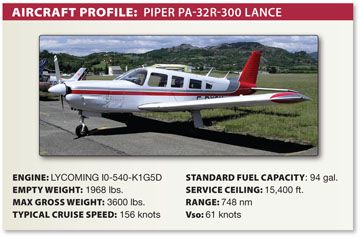 Instrument-rated pilots understand they cannot maintain control of their aircraft without referencing the gyroscopic flight instruments. These include, of course, the artificial horizon or attitude indicator and the directional gyro, which are usually air- or vacuum-driven, plus the turn coordinator or turn and bank indicator, usually powered by the aircrafts electrical system.

But these instruments and their systems, being mechanical devices, can and do fail. The first indication usually is a disagreement between the artificial horizon and the turn coordinator: the former will begin to show a bank while the former wont. The directional gyro soon will confirm the bank, leaving the pilot with two instruments showing a bank and one-the one that hasnt failed-showing level flight. Unfortunately, two instruments showing the same thing usually trumps the lone correct indication and the pilot begins a wild excursion, trying to follow two gyro-based instruments whose gyros are slowly winding down and losing accuracy. Too often, the result is a smoking hole in the ground.

The most prevalent failure mode involves the air or vacuum pump, which is usually attached to the engines accessory case. Most vacuum pump failures involve deterioration of the internal carbon vanes used in so-called dry vacuum and air pumps. The carbon vanes are self-lubricating and dry pumps are lighter than their predecessors, wet pumps. These dry pumps came into widespread use almost 50 years ago as an improvement over the wet pumps, which use engine oil for lubrication. They are messier and heavier than dry pumps, and cannot reliably be used for air-driven systems, but they have no carbon vanes to fail and usually are as reliable as the engine.

Light airplanes equipped with a vacuum or air system to drive the gyros also come with a gauge displaying the systems pressure. Often, however, this gauge is not in the pilots normal scan or is so small that it goes unnoticed. Until recently, very few new airplanes were equipped with systems designed to immediately warn the pilot if system pressure dropped below a certain value.

Without a warning system of some kind, pilots are often unaware the system driving their gyros has failed. As this accident demonstrates, however, even if the pilot recognizes the system has failed, theres no guarantee he or she can maintain control of the airplane.

Background
On September 9, 2004, at approximately 0614 central daylight time, a Piper PA-32R-300 was destroyed when it impacted the ground following an in-flight break up near Rachel, Texas. The Commercial pilot was fatally injured. Dark night instrument conditions prevailed for the Part 135 cargo flight from San Antonio, Texas, to McAllen, Texas.

Investigation
The aircrafts main wreckage, including the engine, fuselage and right wing, was found in one location while its remaining components were scattered within a -mile in a general southeast direction.

The wreckage did not reveal any pre-impact anomalies.

Investigators disassembled the vacuum pump and, based on the manufacturers rule of thumb for the vane wear versus service life, estimated it had been in service for approximately 1380 flight hours, remarkable longevity for a device conventional wisdom says should be replaced after 500 hours.

A vane was missing from the pump; pieces that were found exhibited extensive wear, as did the pump housing. At the bottom of the bore, a burr was found on the edge of one of the back flange discharge ports.Corresponding rotational marks were found on the pumps rotor.

Probable Cause
The NTSB determined the probable cause(s) of this accident to include the total failure of the vacuum pump that resulted in an inoperative attitude gyro and spatial disorientation and a subsequent loss of aircraft control by the pilot. Factors were the prevailing instrument meteorological conditions, and the dark night light condition.

In many ways, this accident is unremarkable-several aircraft accidents each year result from air- or vacuum-driven gyro system failures. Many point a finger at the pilots, saying they should have had better recognition skills or partial-panel training.

But pilots and aircraft owners shouldnt have to worry about such failures. Instead, the FAA long ago should have proactively developed and approved solid-state systems to replace vacuum- or air-driven gyros. Warning systems and backup instruments should have been required and partial-panel training emphasized by both the FAA and the flight training industry.

Theres really no excuse that many pilots and aircraft owners are still saddled with a system that was mature during WWII. Newer aircraft are equipped with all-electronic gyro instrumentation and they are long overdue.But its too little, too late for this pilot and many hundreds like him.

Also With This Article
“Dire Warnings”