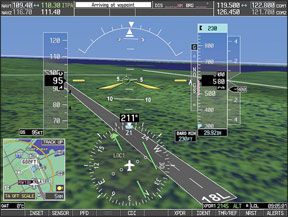 Any instrument-rated pilot who “grew up” before the mid-1990s probably still shakes their head at the way GPS navigation has revolutionized the way we fly IFR. If, Rip van Winkle-like, that same pilot awoke today after a 20-year snooze, he or she would find many different responsibilities and procedures have resulted. The same is true for someone whos been flying IFR all along but is just now making the upgrade to an IFR-certified GPS.

What different rules, techniques and pilot responsibilities do you need to know? How has the workload changed, and are those changes for the better? While no one, including me, would seriously advocate going back to the “old ways” of flying IFR, we also must acknowledge that with the additional capabilities and accuracies of GPS come new and different ways of getting from Point A to Point B, along with skills, techniques and responsibilities for which we might not be trained or prepared.

Before Rips big sleep, the navigational tasks on start-up for an IFR flight consisted of arranging charts and flight logs in the cockpit, starting engines, tuning the VORs and setting the CDI needles for the first fixes. In an extremely well-equipped airplane, he may have needed to load a set of waypoints in a VOR-based RNAV by dialing in VOR frequencies, radials and DME distance for each. Tune and identify VORs, maybe set the ADF, make radio calls and release brakes to taxi. It literally can be done in seconds and, once rolling toward the runway, there were few other distractions.

Todays pre-taxi set-up may be much more involved. Quite a bit more time is needed compared to equipment 20 years ago; most of this time is heads-down in the cockpit while the engine(s) is/are running. Theres the inevitable learning curve for the pilot with a new GPS box, but theres also a matter of recent experience: Twenty years ago, pretty much everyone knew how to use even a flip-flop nav/com. Nowadays, even if nothing in the panel has changed, if its been a couple of weeks since your last flight, or maybe several weeks since you needed to shoot an approach, re-learning all the knob-twists and button-pushes requires substantial amounts of head-down time. Thats time diverted inside the airplane, even when sitting still. If the engine is running, youre less able to watch for people or other activity on the ramp. Its easy in this distracted state to release the brakes without noticing, so the potential for prop strikes-or worse-is much greater. The sheer amount of time sitting on the ground with the engine running means more exposure to ground-based risk.

Once were moving, GPS-driven ground mapping capability should make inadvertent taxiway turns and runway incursions a thing of the past. So far, incident reporting does bear that out. There also seems to be an increase in the number of propeller strikes and taxiing into other airplanes or obstructions, but since these are generally not “reportable” incidents, the supposed increase is anecdotal. As an instrument instructor specializing in high-end personal aircraft, however, I spend a lot of my time with students reminding them to keep their head up and eyes out of the cockpit during taxi. A moving-map taxi chart should be used just like you use a map when driving a car-viewed in very quick scans. Just like when in a car, if you get lost or need to study the GPS airport diagram, come to a complete stop and then, while holding the brakes, do your head-down work.

Just as in pre-GPS instrument departures, you are responsible for selecting a route that provides obstacle clearance until you enter controlled airspace and are on a defined route. The magenta line on your GPS will show you a direct route from where you are to where you want to be. But GPS doesnt predict your climb rate, and cannot assure you will be above obstacles. In other words, you still need to do your homework before taking off, especially when departing from a non-towered airport. The magenta line can easily take you right into terrain if you let it.

Beware blind acceptance of the charted procedure: If youre not familiar with terrain and towers around your departure airport, spend some time with the paper charts to plot a safe departure routing or, better yet, wait until you can visually avoid obstacles on takeoff.

With GPS, MEA and even MOCA do not drive your altitude-selection decision. An ATC clearance for off-airways requires radar coverage, so minimum vectoring altitude, or MVA, is whats important. Unless you ask, the MVA is known only to ATC and, until it becomes available to pilots for flight planning, its best to look at the minimum sector altitudes on your en route chart and plan to be at least this high. Even so, ATC may require you to climb higher for radar coverage, or reroute you to assure coverage at your requested altitude.

If for any reason ATC cant identify you on radar, youll be re-routed onto a Victor airway at or above the MEA. Since only a few GPS boxes have airways stored in their database, youll likely have to manually input VORs and changeover points to fly Victor airways with a GPS.

Filing near a busy Class B like Charlotte, N.C? Expect to be sent to a T-route, a low-altitude (below FL180) routing around large terminal areas, until youre clear of the airspace. Better yet, include the T-route entry and exit fixes in your flight plan, so you wont have to scramble to load it into your GPS when given an amended clearance in flight. Before GPS, you likely were re-routed around CLT.

Preparing for a GPS approach requires locating, selecting and activating a procedure. Once its loaded into a flight plan, the GPS will signify it is “armed” once it senses the airplane is 30 nm from the runway. This begins a process where course sensitivity steps down, with tighter and tighter tolerances, as you progress toward your destination.

Standard terminal arrival procedures (STARs) are also contained in the GPS database, and must be selected and activated before use. Once a STAR is active, you fly it to the initial approach fix just like you were flying an approach itself-the GPS makes a STAR a seamless extension of an instrument approach procedure, which is what it is designed to be. For best results, include a fix along a STAR in your filed flight plan, instead of filing direct to destination, and then having to load a STAR into your GPS flight plan when close in to the airport.

Most GPS approaches follow a standard T-shaped pattern, with initial approach fixes perpendicular to and about five nautical miles from a waypoint on the runways extended centerline, and a long final approach course that makes almost all GPS approaches straight-in. The need to circle to land (or to try to orient yourself to a runway thats not straight ahead when you break out) is vastly reduced. Less maneuvering close to the ground in poor weather is a definite improvement in safety.

If your GPS is wide area augmentation system (WAAS) certified, it has the additional capability of generating a glidepath Rip van Winkle would easily recognize since it displays just like a ILS glideslope. Unlike precision approaches that take you down to decision height (DH), a WAAS glidepath descends to DA, or decision altitude. The distinction is that DH is a height above sea level and DA is above the runway.

Because there are several “flavors” of GPS approach (WAAS, non-WAAS, etc.), Rip van Winkle might struggle with finding the correct approach minimums on an instrument approach chart. Many current RNAV approaches list several different sets of minimums, including circling minimums, and an “LNAV MDA,” as if you were using GPS in lieu of a localizer on a non-precision approach. If your GPS is WAAS-certified, youll use another set of minimums, LNAV/VNAV, the “VNAV” signifying approved vertical navigation. This is flown like an ILS to DA.

In pre-GPS days youd typically picking the proper minimums from the approach chart by looking at the minimums at the top of the table, unless you were flying with degraded equipment or planning a circling approach. In the world of GPS, however, its smarter to look at minimums from the bottom of the table to see which meets the capability of the airplane youre in.

You reach minimums and the runway environment is not in sight. You need to miss the approach. Without GPS you generally need to:

2. Establish a climb attitude and rate of climb;

3. Clean up the airframe (flaps and gear as required);

4. Achieve a minimum safe altitude and then turn as required; and,

5. Proceed using navaid tracking along a defined route to a holding fix.

Although sometimes the navigation is a challenge, in most cases you can set up all the radios and radials before you fly the approach, so theres a minimum amount of navaid tuning required and little chance of input error in this high-workload environment.

With GPS you have to perform items one through five, then add two more:

6. Re-select the GPS or RNAV mode on the GPS; and,

7. Proceed using GPS tracking along a defined route to a holding fix.

Although its only two more steps, they are absolutely vital. A WAAS box will automatically “suspend” when you pass the missed approach point, but you still have to remember to manually return to active navigation once youve turned toward the holding fix. It takes practice.

With traditional navaids, once you tune the radios and dial in the needles for an approach, they remain properly set unless you need to change them for a missed approach. The GPS, however, “forgets” you flew an approach as soon as you deviate from the holding fix. Flying the same approach a second time requires selecting and activating the approach just as if you were flying it the first time. Be ready for the added workload. If weather at your destination requires an alternate, you must have the capability of flying an approach at your alternate with something other than GPS, unless your GPS system is WAAS-certified.

Today, Rip Van Winkle would need more than a few approaches and some basic attitude flight to catch up to todays IFR. Unlike with ILS, VOR and NDB, the basic operation, presentation and capabilities of the equipment can vary greatly. Due to these differences, using GPS under IFR should not be attempted without thorough study and preparation.

Weve covered just some of the rules and procedures that change when making the switch from traditional to GPS IFR navigation. If youre making the fantastic jump in safety and capability GPS offers, youll need a dedicated avionics checkout, detailed study of regulations and the Instrument Flying Handbook, plus a commitment to flying GPS frequently “in the system” to retain your newfound skills.