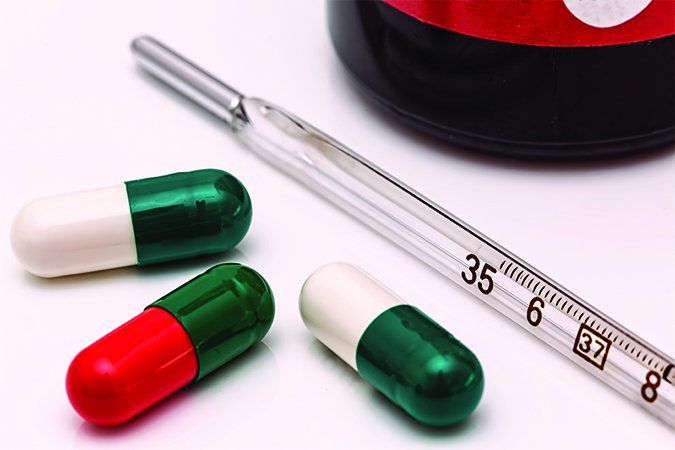 According to the FAA and its Civil Aerospace Medical Institute, CAMI, between six and 14 percent of pilot fatalities are related to alcohol intoxication. While that seems like a very high number of pilots in our experience—and a wide, inexact statistical range—the agency said it reached its conclusion by analyzing deceased pilots’ blood and tissue samples after accidents.

Regardless of their validity, those numbers are backing a campaign designed to raise pilot awareness of the dangers of impaired flying. The FAA is quick to point out that alcohol alone isn’t its focus; legal and illegal drugs and even simple fatigue can contribute to pilot impairment and an accident. And impairment, the agency says, may cause a pilot to exceed an aircraft’s operating limitations and lose control.

It’s no secret among pilots—at least the ones with whom we’re familiar—that the motor skills and cognitive abilities required to safely fly even a simple airplane in good weather can steeply deteriorate when we’re not at our best. And the vast majority of pilots who use alcohol do not drink and fly, at least not as a required crewmember.

They know, for example and as the FAA recently said, “that a pilot’s performance can be impaired by only a few drinks, even after the pilot’s blood alcohol content (BAC) has returned to ‘zero’.” They also know the deleterious effects of alcohol can persist long after its consumption. Among other outcomes, alcohol can exacerbate spatial disorientation and hypoxia, dangerous conditions of which most pilots are aware through their training.

And remember that alcohol is not the only culprit. According to the FAA, some unknown number of pilots involved in fatal accidents used prescription drugs such as common sleep aids and cold remedies “without realizing that these drugs could make them unfit to fly.”

As winter approaches the northern hemisphere, pilots are gearing up to deal with runways contaminated by snow, ice, slush and other cold-weather realities. In preparation for the season, the FAA on October 1 rolled out a new program—the Takeoff and Landing Performance Assessment (TALPA)—to improve winter runway safety at U.S. airports.

The FAA developed the new assessment standards with the help of an industry aviation rulemaking committee. They include a revised method for airports and ATC to communicate runway conditions to pilots “in terms that directly relate to the way a particular aircraft is expected to perform,” according to the agency. The FAA says its TALPA initiative “improves the way the aviation community assesses runway conditions, based on contaminant type and depth, which provides an aircraft operator with effective information to anticipate airplane braking performance.”

Implementing the new procedures starts with airport operators. They’ll use the new runway condition assessment matrix (RCAM) to assess runway conditions, which pilots will use to interpret reported runway conditions. The RCAM—criteria from which are presented in the table on the opposite page— is designed to replace “subjective judgments of runway conditions with objective assessments tied directly to contaminant type and depth categories,” according to the FAA.

In implementing the new TALPA, an airport operator will assess surfaces, report contaminants that are present and output the information as a Notam, generating numerical runway condition codes (RwyCC). The RwyCCs may vary for each third of the runway if different contaminants are present, or not if they are uniform. Importantly, RwyCCs will replace existing Mu values, which no longer wil be published by Notam.

With the airport operator’s assessment in hand, the pilot or dispatcher will then consult aircraft manufacturer data to determine what type of stopping performance to expect from the specific airplane being operated.

Under the new reporting system, pilot braking action reports will continue to be used to assess braking performance, but there will be some changes. As of October 1, a report of “fair” braking will be replaced by “medium” and it will no longer be acceptable for an airport to report a nil (none) braking action condition. Nil conditions on any surface require the airport operator to close that surface and not reopen it until the nil braking condition no longer exists.

Additional information on TALPA is available on the FAA’s web site.

Also in preparation for the coming winter season, the FAA has updated its list of “cold temperature restricted airports,” those at which a cold temperature altimetry correction is required when conditions require it.

According to the National Business Aviation Association, “Pilots flying aircraft that compensate for temperature must ensure their onboard system is working correctly for each segment of the approach – intermediate, final, and/or missed approach—that requires an altitude correction. This includes minimum descent altitude and decision altitude. Pilots without temperature compensation systems must use the Aeronautical Information Manual 7-2-3 ICAO Cold Temperature Error Table.”

Pilots called for a simpler method to apply the corrections. Beginning with the 2016/17 winter season, “pilots may correct all altitudes from the initial approach fix (IAF) through the missed approach (MA) final holding altitude.” This is known as the “all segments method.” Denoting the change will be a single temperature in Celsius next to the snowflake icon on a terminal procedure to indicate when this procedure will be required.

The updated list of affected airports added 14 and deleted more than 50. Pilots will be responsible for applying altitude corrections and must advise ATC when these corrections are to be made on any segment other than the final one.