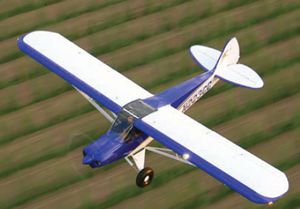 The aviation world rejoiced in the summer of 2004 when the FAA announced the long-awaited adoption of its light sport aircraft (LSA) rulemaking, and the sport pilot certificate. Small, simple aircraft manufactured to industry consensus standards instead of the agency’s regulations should be vastly less expensive than traditional entry-level aircraft. Pilots who self-certify medical fitness to fly on the basis of their state’s driver license requirements could avoid the expense of an FAA medical certificate (the same pilot self-certification of medical fitness to fly applying to private and higher pilots still applies to sport pilots). Overall, the price barrier to personal aviation should fall away, causing a resurgence in new pilot starts and a renaissance in recreational and entry-level career track flying.

Whether the sport pilot certificate and LSAs have achieved that goal any better than the very similar recreational pilot certificate and airplane category fifteen years before is more appropriately addressed in something other than Aviation Safety magazine. In short, however, the intended target for sport pilot and LSAs (a new generation of young pilots to revitalize general aviation) seems to have been replaced instead with older pilots nearing the end of their flying career, stepping down to LSAs from traditional ones.

That being the case, at least one thing should be certain—since these new pilots have experience in more capable airplanes, the accident record in LSAs should be very good, and better than traditional training airplanes attracting newer pilots. After all, we know that training and experience in heavier, more complex airplanes makes you safe to fly lighter, less complex types, right? Not so fast there, folks. It turns out the light sport safety record doesn’t reflect this fallacious bit of aviation conventional wisdom.

To learn about the light sport safety record and compare it to traditional light airplanes, I searched NTSB final reports for the years 2005 through the end of 2011—basically the light sport era to date. For purposes of this comparison, I discarded weight-shift machines, LSA balloons and gliders, focusing on the traditionally-controlled, i.e., control stick or yoke, and wing- and tail-mounted control surface aircraft. (The FAA does not consider LSAs to be “airplanes” because they do not meet a Federal standard for that category. Instead, LSAs are aircraft.)

The rules permit operating some FAA-certificated airplanes by a sport pilot. These so-called “legacy” LSAs—some models of Piper Cubs, Aeronca Champs, Taylorcraft and Ercoupes, but not all—may be operated by a sport pilot if the airplane has never been certified to a maximum gross weight greater than 1320 pounds, the non-amphibious LSA upper limit. In my review of NTSB reports, I discarded cases where a sport pilot was illegally operating an airplane not meeting the LSA restrictions.

The result was a record of 106 reports in the study period involving LSAs that were severe enough to warrant an NTSB investigation (serious or fatal injury and/or substantial damage or the aircraft destroyed). Of those 106 reports:

• Forty-three events, or 40.6 percent of the total, caused serious injury or death (the difference between serious injury and death in an aircraft accident is largely a matter of circumstances…and luck).

• One hundred reports, 94.3 percent of the total, caused substantial aircraft damage or destroyed the aircraft (not surprising, since this is a threshold criterion for NTSB reporting. Mishaps that seriously injury or kill an occupant extremely rarely cause only minor aircraft damage).

On to the meat of our investigation: what actually causes LSAs to crash, and what might we do about it?

The NTSB-identified probable cause for reported LSA accidents breaks down thusly:

Loss of control (LOC): Loss of aircraft control is by far the largest single cause of LSA accidents. Some 30.2 percent of all NTSB-reported LSA mishaps result from the pilot’s loss of control of the aircraft. Perhaps as expected, the greatest number of LOC events occur on landing, usually with a crosswind—11.3 percent of all such accidents. Losing control on takeoff accounts for 8.5 percent of the total, while a very small percentage (1.9 percent and 0.9 percent, respectively) are attributed to LOC in maneuvering flight and attempted VFR into IMC (the one VFR-into-IMC event with an LSA took place at night, a sport pilot no-no).

Significantly (at least I think so), 7.5 percent of all LSA crashes occurred when the pilot lost control after a canopy came open in flight, usually during or right after takeoff. I counted these as a separate category of LOC, included in the 30.2 percent total but not any of the other LOC categories. In only one case did the NTSB cite manufacturer’s statements that drag from the open canopy would seriously impair aircraft performance. Instead, these events cite pilot distraction as the proximate cause after an LSA’s canopy came open in flight…and blame lack of pilot familiarity with the latching mechanism as the main instigator. Just think: a 10-second briefing on how to properly secure and check the cockpit canopy could eliminate nearly one-tenth of all LSA accidents!

Stalls and spins: Aerodynamic stalls that sometimes develop into spins are cited in 16.0 percent of all LSA mishaps studied. We usually think of stalls in the turn from base to final as the most common scenario, but at least in light sport aircraft, more stalls occur on takeoff (6.6 percent of all reports) than on landing (4.7 percent). Moreover, the same number of stalls occurred during maneuvering flight away from the traffic pattern as did in the landing circuit.

Stall and spin awareness is an area of emphasis in the recent update of the FAA’s private pilot practical test standards. It appears there’s good reason even for experienced pilots stepping “down” to LSAs to refresh their knowledge of angle of attack, stall avoidance and recognition.

Mechanical failure: Identified, non-engine, pre-impact mechanical failure is just behind stalls in terms of LSA accident frequency, noted in 15.1 percent of all NTSB reports. The specific in-flight failures cited are:

• Failure of preexisting cracks in the nose gear fork, not addressed in a recent inspection.

• Overstress and failure of a main wheel.

• Propeller gearbox failure leading to propeller separation in flight, which cut off the aircraft’s tail resulting in loss of control.

• Electrical fire due to fuse failure.

• Failure of ballistic parachute to separate after activation during pre-production flight tests.

• Failure of ballistic parachute to deploy when activated during pre-production spin testing, resulting in the pilot bailing out with a personal parachute.

• Fuel siphoning due to the improper design of the fuel filler port, resulting in fuel exhaustion in flight.

• In-flight separation of the wing.

• Trim system failure resulting in loss of control on takeoff.

Miscellaneous: The remaining NTSB events were the result of:

• Collision with object immediately after takeoff;

• Collision with objects on the ground;

If we look only at those NTSB reports involving an LSA and serious injury or death, this is how the probable causes break down:

• 14.0 percent of all fatal LSA crashes were a stall on initial climb following takeoff.

• 11.6 percent of all reports involved a stall while maneuvering away from the traffic pattern.

• 4.7 percent of all fatal LSA accidents involved the perceived “usual” stall/spin on landing.

Loss of control (LOC): This category accounted for 25.6 percent of fatal LSA accidents:

• 9.3 percent of all fatal LSA crashes followed an unlatched canopy in flight;

• 7.0 percent were loss of control on landing;

• 4.7 percent of all fatal LSA events involved LOC while maneuvering away from the traffic pattern;

• 2.3 percent of all fatal LSA crashes resulted from loss of control during takeoff.

Engine failure: Mechanical failure of an LSA’s engine contributed to 16.3 percent of all fatal reports. Another 4.7 percent resulted from improper fuel system management by the pilot.

Miscellaneous: The remaining causes of fatal light sport accidents were:

• Collision with object immediately after takeoff;

The larger majority of Light Sport accidents, however, still result from the things that get pilots in more traditional airplanes: loss of control and stalls. To fly Light Sport airplanes safely, all pilots (regardless of experience) need to consider these points:

• A thorough checkout in the specific type of airplane is vital. Include things like proper closing, securing and verifying of the cockpit canopy…a major contributor to light sport mishaps.

• During your checkout and regularly thereafter, practice stall recognition and recovery. Include power-on and accelerated stalls; history shows we do a fairly good job of avoiding approach-to-landing stalls, perhaps because that’s what most pilots (and instructors) train in and for most. Takeoff/departure, power-on stalls, on the other hand, are a frequent killer in LSAs.

• Remember that wing loading and power loading make a very real difference in airplane handling. “Smaller” and “less complex” do not necessarily mean “easier to fly.” No one should ever just jump in and fly an unfamiliar aircraft, let alone one with vastly different handling characteristics from those with which they are familiar.

• Light sport airplanes appear simple, with very little that can go wrong mechanically. But history proves otherwise. Get some knowledgeable instruction on how to inspect the specific type of aircraft you’ll fly, and take time for a very thorough preflight inspection and before takeoff systems check on every flight. Take the aircraft back to the ramp for a mechanic’s check if anything seems the least bit unusual.

Respect the aircraft. As someone once said about the Piper Cub, LSAs can “just barely kill you.” Treat LSAs like the aircraft they really are, and you should enjoy a long, happy career in these fun and capable machines.