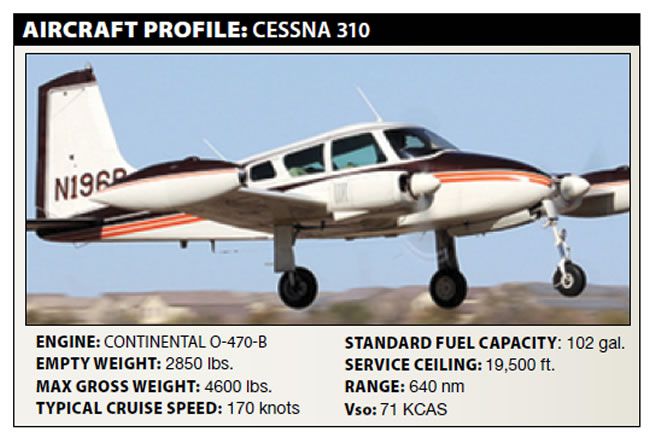 Under basic Part 91 rules for certified aircraft, everything aboard has to be documented and working. The aircraft can remain airworthy if failed equipment isn’t required for the operation, and is placarded and isolated from other systems. But an airplane is like any other mechanical contrivance: it’s subject to wear and tear: A system may function, but not as intended.

A good example can be braking systems. Those on typical personal airplanes are hydraulically actuated, as is the case with modern automobiles. Almost anyone who’s owned a car knows its brake system can need maintenance but still work, sort of, and the same is true for an airplane’s brake system. It’s a maintenance-related deficiency and often gets deferred. That’s fine on a dry, calm day but becomes riskier on a windy, icy, wintry one.

Once the brake system is repaired or overhauled, it’s usually a good idea to pay close attention to it on the next flight, to ensure it operates as it should, and that the work performed didn’t interfere with other systems or components. In fact, testing a repaired or overhauled system should be the subject of at least a quick flight specifically for that purpose. To minimize the risk, it’s always a good idea to perform such a flight in good daytime conditions.

More serious maintenance demands dedicated test flight(s), under optimal conditions. For example, launching a piston twin on its first flight after an engine overhaul should be done in good day VFR with all other systems in good working order. It’s not a good idea to do it at night with inoperative landing gear but that’s exactly what someone did.

Background
On November 4, 2012, at approximately 1800 Central time, a Cessna 310 was substantially damaged when it collided with trees and terrain near Stotts City, Mo. The commercial pilot and the pilot-rated passenger/owner were fatally injured. The flight departed the Monett Regional Airport (KHFJ), Monett, Mo., about 1735, destined for a private airstrip 24 miles away. Night visual conditions prevailed. The airplane’s right engine was recently overhauled—the accident flight was the first since the work was performed.

The owner had additional work on the airplane planned in Ohio later that week, decided to have the gear fixed then and would fly with the landing gear extended. Shop air was used to inflate the nose strut. Two days later, before the accident flight, the nose strut was flat. After a run-up, the right propeller control required adjustment.
A witness heard the pilot and passenger discuss postponing the flight because it was getting dark. Instead, they decided to proceed directly to the private strip rather than make a few circuits in the traffic pattern first. After a lengthy run-up, the accident airplane departed with the pilot-rated passenger in the left seat and the pilot/owner in the right one. The witness followed in another airplane, intending to return with the pilot-rated passenger.

Shortly after takeoff, the pilot-rated passenger/owner radioed the witness that “fuel or oil” was coming out of the right engine. A few minutes later, while overhead the unlighted private airstrip, the pilot-rated passenger/owner radioed they were losing oil pressure and were returning to KHFJ. He then advised that the right engine had been shut down. The witness flew up along the right side of the accident airplane and reported there was no smoke or fire.

Subsequently, the pilot-rated passenger/owner radioed they were not able to maintain altitude. The witness could see the airplane losing altitude and advised them that Interstate 44 was one mile ahead. They announced they were going to land on the highway. The witness saw the accident airplane’s nosegear light illuminate trees; the airplane pitched up, rolled slightly to the right and pitched forward, followed by flames and a fireball.

Investigation
The airplane collided with a stand of tall trees and traveled approximately 100 feet before it came to rest on a pile of wooden planks and other debris. A post-impact fire ensued. Examination revealed the flaps were retracted and the landing gear was extended. The right propeller blades were found in the feathered position. The left propeller blades exhibited aft bending and leading edge damage.

Approximately two quarts of dark oil were drained from the right engine’s oil sump, which had been breached at a welded seam. The right engine’s STC’d oil filter adapter was found loose and not properly safety-wired to the engine. Two copper crush rings (gaskets) were found on the oil transfer cylinder; only one was specified. The assembly lacked a fiber leak-guard gasket and lab tests concluded the crush rings were not properly torqued. Both conditions meant a likely oil leak.

Both magnetos were placed on a test bench and functioned normally. Examination of the crankshaft, rods, bearings, camshaft, crankcase, pistons and cylinder assemblies revealed no mechanical anomalies. The mechanic subsequently stated he installed the oil filter adapter on the engine but did not reference the STC’s instructions on safety-wiring or use a torque wrench. Instead, he tightened it to “feel” what he thought was an industry standard of 60 ft/lbs.

Probable Cause
The NTSB determined the probable cause(s) of this accident to include: “The pilot’s failure to maintain airplane control after he shut down the right engine in flight due a loss of oil pressure. Contributing to the accident was the pilot’s decision to reposition the unairworthy airplane during twilight after extensive maintenance had been done to the right engine along with a known mechanical deficiency with the landing gear. Contributing to the accident was the mechanic’s improper assembly and installation of the right engine’s oil filter adapter, which resulted in a loss of oil to that engine.”

External pressures can make us do many things we know we shouldn’t, in and out of aircraft, but stacking the deck like this should have rung some loud alarm bells in one of these pilots. Landings are mandatory. Takeoffs are optional.