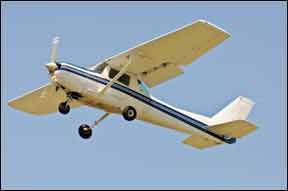 Among the concerns expressed by a brand-new student pilot I was talking with recently was what I took to be a strong fear of stalls. I didn’t have the opportunity to ask him where he learned stalls should be feared. I did, however, relate they were important but—at least when understood—weren’t anything to fear. Which is not to say they shouldn’t be respected.

Key to understanding stalls, of course, is knowing why and how they occur, why we practice them and how we can use the knowledge and experience gained during that practice to prevent more dramatic behavior, like deep stalls or spins, especially when close to the ground.

Stalls 101
If you’ve progressed beyond basic ground school, you should know an airplane’s wing can be made to stall at any airspeed, in any attitude and at any power setting. All you need to do is exceed the wing’s critical angle of attack, AoA (see the sidebar on the opposite page for more). Of course, the airplane’s AoA has nothing to do with this—it’s not the airplane that will stall; it’s the wing.

Let’s stipulate a power-off stall—by itself—is a rather benign demonstration of what happens when the airplane is operated at the bottom of its flight envelope, where power and airspeed are at their lowest. In the average light plane, a full, power-off stall results in some buffeting, a clean break and pitch over, perhaps a slight fall off onto one wing or another and—if the pilot reacts properly—a further dip of the nose and increasing power, which puts us back to flying again.

Of course, there’s more going on while all this is happening. Among the variables are coordinating aileron and rudder to keep the wings level (and prevent a spin, unless we want one), plus the fact the wing continues to produce lift throughout the maneuver, even when fully stalled. If it didn’t, the airplane would, in fact, do what many fear: fall out of the sky. This is a key point.

Maintaining Control
Why? Well, mainly because we often think the airplane is out of control once its wing starts to stall. Not so. In addition to the pitch control—which we manipulate to get into and out of the stall—we’re still in charge of the airplane’s rolling and yawing capabilities, via the ailerons and rudder. This presumes we’re not flying an airplane with swept wings. In some airplanes, those with canards, for example, or one specifically designed for enhanced low-speed handling, controlling the airplane in the stall is a simple task.

For the rest of us, it’s slightly more involved. The average wing is designed with washout, where the wing root’s angle of incidence—its relationship to the fuselage—is greater than at the tip. This has three effects. First, the wing root stalls before the tip. Second, while the tip remains unstalled, we still have roll authority, allowing us to pick up a wing (gently!). Third, when recovering from a full stall, the tip starts flying again before the root, giving us back the roll control we had lost.

Of course, while all this is going on, we still have the rudder. Controlling yaw in the stall by keeping the turn coordinator or turn-and-bank instrument’s ball centered is important to avoid a spin. In fact, the way to enter a spin is to add full rudder in the desired spin direction at the moment the stall breaks. Unless you want to demonstrate a spin, keep the ball centered.

A final thought about controlling the airplane in the stall involves power. The preceding discussion presumes a power-off stall. Adding moderate or full power to the equation, however, has a couple of effects. The first one is it will require a higher deck angle to achieve a full stall. Why? One answer is because the wing’s stalling AoA isn’t reached without that higher deck angle. Another part of the answer is the propwash blows some air over the wings, effectively reducing their angle of attack and delaying the stall’s onset. A third part of the answer is full or partial power helps prevent the airplane from decelerating as quickly as when power is off. A power-on stall’s break is rather more abrupt than when power is off, and recovering from a power-on stall can be as simple as lowering the nose only slightly so the wing is below its stalling AoA and starts flying again.

Weight And CG Effects
Many pilots express greater fear of a stall when the airplane is loaded at or near its maximum gross weight. Weight certainly can impact the indicated airspeed at which an airplane stalls. But it has nothing to do with the AoA at which the stall occurs.

Another effect of weight in the stall involves how much altitude is lost and how quickly the airplane responds to control inputs during the recovery. A related effect involves how it responds while entering the stall. Predictably, the same airplane will handle and respond better when at light weights—and not lose as much altitude—than when at or near its maximum gross weight.

The airplane’s center of gravity (CG), however, is a critical element when considering stalls—both how the airplane gets into them and how it recovers from them. The takeaway is the CG must be forward of the conventional airplane wing’s center of lift. Why? So the nose will drop, reducing the wing’s AoA, and helping recover from the stall.

A CG located too far forward could prevent the pilot from even entering a stall, by limiting the pitch control’s effectiveness—the AoA necessary to stall might not be achievable. At first blush, that might seem to be a desirable characteristic, but a too-far-forward CG has detrimental effects, too, not least of which is an inability to flare for a landing. Another effect of a forward CG is the pitch trim control must be set to exert greater downforce from the tail to maintain level flight. In turn, this setting demands a greater AoA from the wing to maintain sufficient lift to counter the tail’s downforce. That increased AoA puts the forward-CG airplane closer to the wing’s stalling AoA, something generally considered undesirable.

Meanwhile, load a conventional airplane so its CG is too far aft, and other strange things begin to happen relative to the stall. For one, the pitch control becomes lighter and more effective, raising the possibility a ham-fisted pilot could enter a stall without too much effort. (Face it; the effort required to get most airplanes to stall when trimmed for cruise airspeeds is a good thing.) But, and as noted earlier, the real issue with a too-far-aft CG is the possibility the nose won’t come down when in or approaching a stall. Also, spin recovery adversely affected. The FAA’s Pilot’s Handbook of Aeronautical Knowledge, FAA-H-8083-25A, puts it this way: “The recovery from a stall in any aircraft becomes progressively more difficult as its CG moves aft. This is particularly important in spin recovery, as there is a point in rearward loading of any aircraft at which a ‘flat’ spin develops. A flat spin is one in which centrifugal force, acting through a CG located well to the rear, pulls the tail of the aircraft out away from the axis of the spin, making it impossible to get the nose down and recover.”

Variations
So far, we’ve discussed only straight-ahead, power-off and power-on stalls. But—and as the accident record demonstrates—other types of stalls exist, including accelerated and cross-control stalls. Detailed examinations of these two variants are somewhat beyond this article’s scope, however. Until we develop an article delving into them both, a quick discussion of the difference and why they’re important is appropriate.

These two types of stalls are important for the average pilot to consider because they’re the two types we’re most likely to encounter in everyday operations.

The accelerated stall is called that because it requires some additional loading to be imposed on the airframe, as might be encountered in steep turns, pull-ups or other abrupt maneuvers. The term has nothing to do with the airspeed and everything to do with the airplane’s aerodynamic loading. As the FAA notes, “[f]ailure to take immediate steps toward recovery when an accelerated stall occurs may result in a complete loss of flight control, notably, power-on spins.”

A cross-control stall occurs when—as its name implies—ailerons are deflected in one direction and rudder is in the other. Apply some excessive back pressure—as when trying to maintain altitude in a steep bank and slewing the nose around, like after over-shooting the turn from base leg to final—and you’ve established the conditions for a classic cross-control stall. If the airplane enters the stall close to the ground—again, as when turning from base to final—very little altitude and time remains to effect recovery.

Importantly, performing either accelerated or cross-control stalls are very good ways to get an airplane into a spin. That’s generally undesirable with most of the airplanes we fly, and is definitely a bad idea if we’re too close to the ground. In my opinion, anything less than 500 feet agl is “too close to the ground” when considering a spin.

There’s a lot more going on during the average stall than we have space for here. But the bottom line is stalls—how to enter them, how to get out of them and what to while you’re there—is well-understood. A little of that knowledge and understanding goes a long way toward helping the student understand something the experienced pilot already knows: There’s no reason to fear stalls.