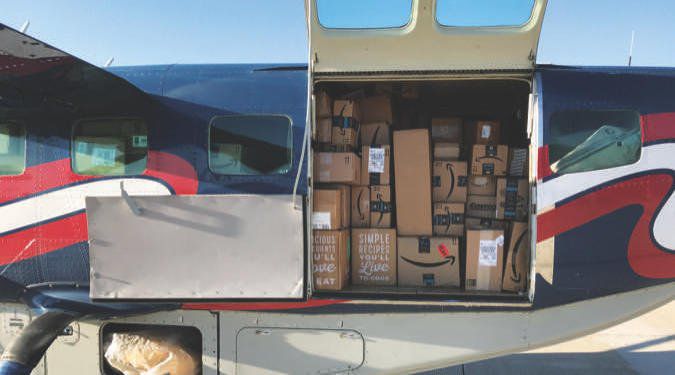 I write this sitting at the Boise Air Terminal/Gowen Field in Idaho, waiting for my passengers to show up. I will be flying a Britten-Norman BN-2 Islander seating nine people, besides me. When my passengers start showing up, I will start what I call my “gravity check.” I will weigh the baggage, but I won’t weigh the people. I trust most of them know their weight from bathroom scales, but they are usually optimists and fully clothed, so I’ll add 10 pounds to their declared physical weights (with FAA approval, of course).

Then I will whip out my cellphone and fire up a handy weight-and-balance app, plug in the numbers and solve the problem of which person goes where. The good news is the app makes it quite easy. If I don’t have a full plane, or if people show up with a middling amount of baggage, I will have a lot of latitude on seating. If the baggage is plentiful and heavy, it will take its perch in the back of the plane. But if the plane is full, I will have to be very particular about where people sit.

There is more to weight and balance than the obvious fact that airplanes behave differently when the center of gravity (CG) is forward versus aft. The acceptable CG range tends to be broader when the plane is carrying a minimal load and narrower as you approach gross weight. Performance always matters, but CG is the most critical performance factor when the plane is at gross weight.

Calculating weight and balance is not complex. It’s pretty basic math that we all learn to do early on in ground school. And just like balancing a checkbook before paying bills, the numbers should always add up. It is just a little more effort with a bigger plane offering more loading permutations—more options for where people and objects can be stationed inside.

I have learned three things by doing this exercise daily: One, you can’t just eyeball each load; you need to weigh and calculate it. Two, every airplane type has its sweet spots and subtle peculiarities when it comes to loading. Last, doing the calculations with lots of load permutations helps you learn the types of loading your plane likes the best.

If I am flying my employer’s Piper Seneca, I tend to load the nose compartment first and try to get my heavier weights in the area behind the pilot, as far forward as possible. When flying cargo in the Cessna Caravan, I make sure the last thing to be unloaded at the end of the route is placed in the very back. This counteracts the offloading of items at each stop along the route, which tends to shift the CG forward and means I don’t have to rearrange the load at each stop.

With the Islander, I have to consider the seat configuration as well as the loads. The seats with the greatest leg room, those most comfortable for people six feet or more tall, are the front two rows behind the pilot’s seat. Taller people generally weigh more, so it can skew the weight and balance toward a forward CG. When there are lots of heavier people, or a full plane, I try to get the lightest person in the front seat next to me and the lightest tall people in the row behind me.

In the end, loading and unloading has tradeoffs. People weigh what they weigh, the gear fits where it fits, and it has to resolve to an acceptable number to fly the plane. If it means reloading and recalculating to keep the plane’s performance optimal, so be it. As a Part 135 pilot, CG management is a skill I have to hone every day.

Most airplanes can be modified to accommodate different kinds of loads. We often take the rear two rows of seats out to accommodate heavier loads, which means I have to modify the plane’s empty weight and arm/moment.

During river-running season, the Islanders my company flies operate in both all-passenger and all-cargo configurations. Today, for example, I will be hauling people from Boise to Stanley, Idaho, where they will meet their tour guides. Tomorrow, I will be flying two loads of passengers into the U.S. Forest Service airstrip at Indian Creek (S81) with their gear. The number of all-cargo flights into the wilderness are going up, because that stuff can’t be floated down the upper section of the river when water levels are down. This means we will be removing seats and eventually strip the planes down to be all-cargo haulers.

Changing configurations isn’t just something done in larger or commercial planes. Many GA pilots will take out their rear seats to make room for AirVenture camping gear, golf clubs, bicycles or even things like collapsible motorcycles. This fall, my brother and I will again go elk hunting in the back country, so I will take the rear seats out of my Cessna 180 to make room for hunting gear, and hopefully an elk or two.

To manage all these configurations, we must be diligent in calculating the weight-and-balance changes that naturally result. When I took the seats out of my plane, I had my mechanic provide me with revised weight-and-balance sheets, so now I have them for each seat configuration. Not only does this keep me legal, it keeps me safe. But only if I run the numbers.

Automating Your Weight And Balance

Long ago and far away, pilots had to use pencil and paper to calculate their airplane’s weight and balance. Eventually, computer spreadsheets were created (inset) to speed up the process, help ensure mistakes didn’t creep into the calculations and even graph the results. Of course, they required at least a laptop computer and a place to use it.

These days, weight-and-balance computing power is in the palm of your hand, or your tablet-based electronic flight bag (EFB). Once the program is configured for your airplane, plugging in the proposed flight’s data automagically renders a go/no-go decision on its loading.

The capability is built into popular EFB apps like ForeFlight, top, and also comes in specialized apps available free for the download, bottom. There’s no excuse for not knowing your airplane’s weight and CG on every flight.

I have flown a full range of CGs and loads over the past few months and have gained a few insights. Many of them I knew intellectually, but never before had I experienced them on a daily basis.

For example, I can tell you an aft CG will make your plane rotate much earlier in the takeoff roll. If you don’t adjust for this with proper takeoff trim, you risk becoming airborne before you or the plane are ready.

I also can tell you a forward CG will keep the plane stuck to the runway, and it will take firm, strong control inputs to get the rotation started. A forward CG also may affect the airplane’s willingness to flare for landing, and it is responsible for many damaged nose struts over the years. If you are prepared for this takeoff and landing behavior and adjust the takeoff trim accordingly, you will stay ahead of the airplane.

Most of us prefer aft CGs because of the reduced down-force on the tail in reduced drag and more effective lift for a given airspeed. That is why you get better economy and better speeds with aft CG. Less energy is lost to control forces needed to push the tail down to control the plane. Of course, there is a downside. If you have an inadvertent stall, a heavy tail will make it more difficult to recover. So remember that when you start your flare.

Multiple stops, burning and reloading fuel also means it is time to run the weight-and-balance numbers again. If you drop people off or take on more fuel, recalculate. You may need to rearrange the load to stay in CG.

As a GA pilot, it was easy for me to simply always fly with full tanks. It became a habit. I always know how much fuel I have because I top the tanks after every flight.

This habit doesn’t work in many Part 135 operations because we are always trying to maximize the pay”ing”-load. Any gas beyond a one-hour reserve is just dead weight. So again, there is a tradeoff. Calculating minimum fuel requirements and taking only the amount of fuel you need for a flight allows you to take greater loads. But losing that extra fuel reserve means you have tighter margins. If you are considering this, you’d better know the winds aloft and have good mixture-leaning habits and practices in flight. Your ability to lean the mixture, as well as maximize range and endurance, is the skill that will extend your fuel reserves so you have what you need.

Fuel is a major component of any airplane loading or weight-and-balance calculation. Most pilots are trained to use six pounds/gallon when computing how much aviation gasoline weighs. What about other fluids aboard the airplane, like that case of engine oil you’re carrying around, or the milk jugs of fresh water? And doesn’t temperature affect these weights?

The table reproduces information from the FAA’s Weight and Balance Handbook (FAA-H-8083-1B) for the various fluids we may carry. Note how temperature may affect your calculations.

Managing CG like this is not required to get a pilot’s license or pass a check ride, but it is a skill that comes with experience. If you want to learn more about your skills and your plane, and their limits, you owe yourself the experience of flying your plane at max gross with a forward CG and at max gross with an aft CG.

But beyond that, every pilot should get in the habit of doing weight-and-balance calculations before takeoff. CG management is a skill that I am now honing every day flying Part 135. Experience has been a great teacher, what it has taught me is the different flight behaviors and the benefit of looking at a CG envelope from my own calculations and not being surprised to obtain the performance I expect. That’s because I calculated it.

Gravity is a contributing factor in accidents involving falling objects, to paraphrase a famous wit. Seriously, though, when you’re a pilot, it is always time for a gravity check—before you fill the tanks with gas, before you load, before you take off, while you are flying and when you land. You should never stop checking.

Mike Hart flies his Piper J3 Cub and Cessna 180 when he’s not schlepping people and their gear. He’s also the Idaho State Liaison for the Recreational Aviation Foundation.