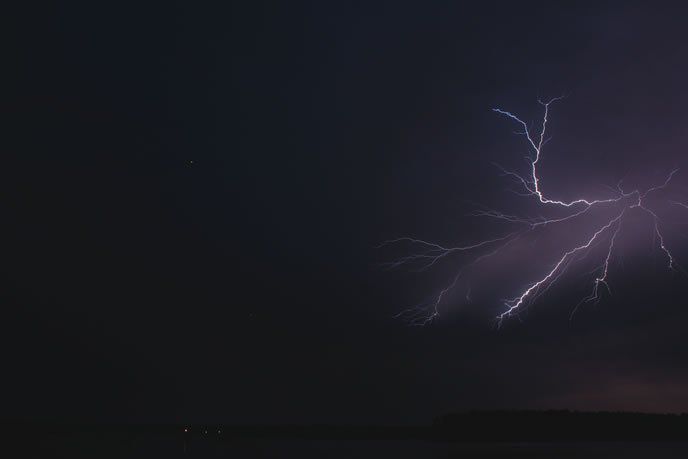 – Sound at the surface travels approximately one-fifth of a mile each second. To estimate the distance to a strike, divide the number of seconds between the flash and the boom by five to arrive at the approximate distance in statute miles.

– The 30/30 rule: Cease outdoor activity when lightning is within six sm (30 seconds lag between the flash and thunder) and resume 30 minutes after last strike within six miles.

– Lightning most commonly strikes within 5000 feet of the freezing level. The area more prone to lightning in cumulonimbus clouds is between 5 deg. C to -5 deg. C.

– Stay VFR. You don’t want to inadvertently encounter the interior of a cumulonimbus or its embedded lightning.

– Gather all data. Take advantage of any weather products you can get that show lightning. It’s easier to avoid from 100 miles than 10.

– If you land, avoid ground operations if lightning is within three to five miles.

– Don’t even think about fueling an aircraft if lightning is within three miles.