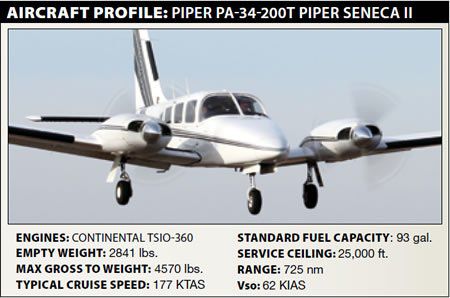 Spatial orientation is the body’s natural ability to maintain orientation and/or posture in relation to the surrounding physical environment, both at rest and in motion. It’s a highly evolved ability, which uses visual and vestibular (inner ear) sensory inputs, as well as our sometimes unconscious ability to understand positioning of our body and its various parts. Together, these senses tell our brain what our body is doing and what is happening to it.

Unfortunately, evolution has let down pilots, at least so far, because most of the time humans have spent orienting ourselves in space has been in a two-dimensional environment. Flying is a three-dimensional activity, and we simply haven’t been doing it long enough as a species for evolution to provide the tools we need to determine our orientation when we’re not on terra firma. To compensate, humans developed gyros, which retain their position in space, and are used to determine just how far displaced we are from straight and level. When we don’t have some reference by which to determine our body position and relative motion, spatial disorientation results, and it can be lethal.

You might think an experienced aviator flying a well-equipped airplane would be immune to spatial disorientation, but you’d be wrong. Instruments can fail, and distractions both in and outside the cockpit can divert our attention from the task at hand. Depending on an autopilot, for example, to compensate for rusty or non-existent instrument skills is fine—right up to the point Otto goes on vacation or the pilot configures it incorrectly. When we can’t or don’t use flight instruments to determine and maintain the airplane’s attitude, we’re left with those evolutionary tools, the ones which haven’t quite stayed current, and the outcome is predictable.

An hour later, at 1703, ATC issued the flight a frequency change to talk to the Syracuse terminal radar approach control facility. The controller advised the pilot of areas of light to moderate precipitation along the route and suggested a deviation to avoid it, which the pilot declined. Around 1708, ATC noted the airplane was deviating from its established track. When ATC queried the pilot about the deviation, he indicated he had loaded the anticipated approach incorrectly. The controller provided a heading to return to on-course, which the pilot acknowledged.

According to the NTSB, the pilot had logged about nine hours of actual instrument time, all of it “in the 30 days prior to the accident flight.” He had over 1000 hours in the accident airplane make and model. Icing was in the forecast, with the freezing level at around 4300 feet msl, and “a potential for significant turbulence” near 7500 feet. Weather observed about 27 miles east-southeast of the accident seven statute miles’ visibility, an overcast at 2600 feet, and temperature 8 deg. C/dew point 7 deg. C. An Airmet for moderate turbulence below 8000 feet, and moderate icing between the freezing level and 22,000 feet were valid. There were no records of the pilot obtaining a weather briefing from Lockheed Martin Flight Services, DTC DUAT, or CSC DUATs weather information services.

Using radar data, the airplane’s altitude, speed and descent rate were estimated. In cruise flight at 8300 feet, the airplane descended in a left spiraling turn, lost about 3700 feet of altitude in 36 seconds and accelerated to about 240 KIAS before breaking up at approximately 4600 feet msl. The airplane’s never-exceed speed (VNE) was 195 KIAS.

The NTSB determined the probable cause(s) of this accident to include: “The pilot’s loss of control due to spatial disorientation in instrument meteorological conditions, which resulted in an exceedance of the airplane’s design stress limitations, and a subsequent in-flight breakup.” They couldn’t really decide anything else.

But what leads a relatively experienced, current pilot to abandon cruise flight in a perfectly good airplane and hit the ground two minutes later? A possible scenario involves the pilot’s reported misprogramming of his panel, leading to the right turn at about 1708. Right after acknowledging a course correction, the pilot lost control.

Given the circumstances, we’d have been cruising right along, on autopilot, as we prepared the cabin for arrival and set up the approach. The course deviation at 1708 easily could have resulted from engaging a distant intersection on the anticipated approach, or even heading mode. Either way, the pilot likely disengaged the autopilot to get back on course but either got distracted or forgot he had to fly the airplane, and almost immediately lost control.