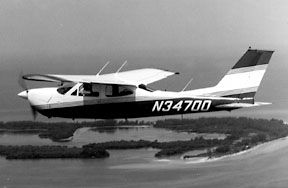 Check the ads for used airplanes and its pretty clear that most buyers are looking for a 1970s era airplane with low airframe and engine time. The Holy Grail, it seems, is a mid- to late-70s model with under 2,000 hours.

Although the buyers intent is usually to find an airplane that has been well cared for, there are some cases where low time means neglected. Furthermore, many owners rely on operating hours when scheduling maintenance, not accepting the fact that many parts also need attention after the passage of time, even if the airplane has been on the ground.

The buyer of a 1975 Cessna 177RG thought hed found a good deal when he bought the airplane Dec. 30, 1999. It had about 1600 hours on both the engine and airframe, the low time explained in part by the fact that the airplane had flown only 22 hours in the last five years because the seller lost his medical.

A few months before selling the airplane, the seller commissioned an annual inspection. Conducting the annual and fixing the squawks turned out to be a fairly extensive process, with the final tally more than 40 hours of labor and nearly $300 in parts.

When the buyer took delivery of the airplane, he signed up for a tie-down at his local airport, Columbia Owens Downtown Airport in Columbia, S.C. Then, over the next three months, he did not buy fuel or order services from the fields only FBO, although he did once buy some engine intake gaskets and intake O-rings from the parts department.

Over the next three months, the new owner flew the airplane about 20 hours, culminating with a final flight on March 22.

The owner and a friend, who was also a pilot, fired up the airplane and announced on the CTAF that they would be taking off on runway 31 and remaining in the pattern. Another pilot in the pattern said the Cardinals departure and crosswind appeared normal, but he lost sight of the Cardinal during its downwind leg.

Just as the Cardinal pilot began to announce his turn to base over the common frequency, he paused and then declared an emergency due to an engine failure. The pilots transmissions indicated he knew he could not make it to the airport. The airplane crashed a half-mile from the runway, on the extended centerline. The pilot survived with serious injuries, but the passenger was killed in the crash.

Examination of the wreckage showed that the airplanes two lower fuselage fuel tanks contained only a few ounces of fuel. The skin on the inside of the left tank was completely dry and the right tank showed only a few beads of water. There was no evidence that fuel spilled at the accident site, despite the fact that rescue workers arrived only seven minutes after the crash.

A simple case of fuel exhaustion? Not quite.

The pilot produced fuel receipts and testimony from the passengers wife that he had topped off the tanks at a nearby airport only three days earlier. Since then, he said, he had flown only the return to his home airport – a trip of only 30 minutes.

Investigators examined the fuel system for leaks and the airframe for stains. The fuel caps and filler ports fit properly. But then the investigation took an unusual turn.

Investigators also found in the wreckage a printout of a technical article from a web site dealing with troubleshooting the fuel injection system. When they turned to the wreckage, they found still more evidence of ongoing fuel system problems.

The fuel selector was jammed in the right tank position. The fuel flow divider was missing its inspection seal on the cover screws safety wiring and the washers under the screws appeared new and shiny. The sending unit from the right side tank had been crudely repaired using safety wire to keep the back of the resistance potentiometer attached. The #1 fuel injectors feed line B-nut was cross-threaded.

When the engine and fuel system components were tested, investigators found even more trouble. A test of the engine found that it would not run smoothly until the fuel inlet strainer was replaced and all four fuel injector nozzles were replaced.

The fuel injector servo contained soupy, rust-colored sediment. The same type of sediment was found caked in the regulator assembly, the fuel strainers and the fuel control idle valve recess. Evidence of the sediment was found throughout the system.

A friend of the passenger then provided a series of e-mails the two exchanged in the two weeks leading up to the accident flight. The e-mails began after a flight in the accident airplane in which the cockpit fuel-flow/pressure gauge indication went to zero.

In the exchange, the passenger describes what they did to troubleshoot the problem in the air. He describes disassembling part of the fuel system on the ground to identify the problem and asks advice on how to clean the injector nozzles. One e-mail mentions trash that may have been obstructing the outlet to one of the fuel injector lines. A final e-mail says, It seens [sic] that we must have flown over a Christian radio station that had Jerry Falwell on and it healed itself.

Lack of Prudence
When investigators asked the pilot about the flight, he responded that he could not recall any of the events of the day of the flight. He said he was sure he had not flown the airplane between the time he refueled it and the accident flight, other than to bring it home after fueling. He said the passenger had not flown the airplane.

In its determination of cause, the NTSB faulted the 42-year-old pilot for inadequate planning/preparation for not refueling before takeoff. It also blamed the fact that the right fuel gauge was erratic.

However, in many respects, that conclusion, though accurate, misses the point.

The pilots faded memory notwithstanding, its difficult to conclude anything other than that the flight was undertaken with a known mechanical problem, in that the fuel system was clearly suspect – to the passenger if not the owner/pilot.

Given that, it would seem only prudent that the owner enlist the help of a qualified mechanic. The investigation report does not elaborate on any mechanic skills the passenger might have had, but his e-mail exchange with his friend gives the impression he was a fairly accomplished shadetree mechanic. Even so, aircraft systems are intolerant of ignorance – and the available information points to the probability that the passenger, if he did work on the airplane, did so without proper service manuals and aircraft experience.

Even giving the passenger the benefit of every doubt, the prudent pilot would have made static tests of the system before making a test flight. Witnesses at the airport on the afternoon of the accident indicate the preflight inspection was normal, not the thorough, painstaking effort you might expect when troubleshooting a fuel problem.

Finally, it would seem reasonable that the pilot would want to fly traffic patterns that kept the airplane within gliding range of the airport as much as possible. Declaring an emergency while turning base and managing to glide only to within a half mile of the threshold implies that the pattern was far too large or the pilot was flying far too low.

This speculation, of course, assumes that the pilot knew the fuel system was a bit off. One can also postulate that the occasional problems with the fuel system appeared to be fixed and that the engine was running fine. Its possible that the airplane sat at the airport for the three days since the refueling and that a thief siphoned the gas from it.

But it still doesnt excuse the fact that the airplane was more than a half-mile from the airport with 2 oz. of fuel on board.

After 450 hours, the owner of the airplane may have settled into a complacency that is not unusual for pilots of that experience level. But with only 24 hours time in type, the pilot may also have been overconfident in his knowledge of the airplane and his ability to handle it.

The airplane itself was something of a neglected creature. Although the engine had not reached its so-called time between overhauls of 2,000 hours, Lycoming recommends the engine be overhauled after 12 years in the field.

Far from being a low-time creampuff, the accident airplane had its share of troubles. The owner, and his passenger, learned the hard way just how far those troubles reached.