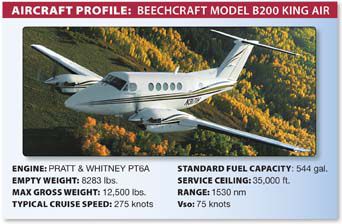 Theres something about the typical experienced pilots personality that is antithetical to safety. Im not an expert in analyzing personalities-though I know what I like-but it seems the very traits that make someone a good stick also make that same skilled pilot a safety risk.

Maybe its the so-called God complex often attributed to surgeons who have risen to the top of their speciality. Maybe its a blas sense that, having seen and done everything in an airplane thats possible to do, nothing bad can happen. Maybe its just an overdeveloped confidence in ones ability, the basic elements of which are almost mandatory for a pilot to possess. Maybe its just luck.

Regardless, too often the very self-reliance on which pilots can depend is also the trait that gets us into trouble. Those whose role it is to analyze aviation accidents and how psychology and human behaviors contribute to them sometimes boil all this down to overconfidence. In turn, overconfidence can result from facing the same challenges before and emerging unscathed. Once the first corner is cut, the pilot is truly on a slippery slope, unable to stop the slide to whatever fate awaits them.

Over a period of time-whether counted in years or flight hours-overconfidence can breed contempt for rules, inevitably leading one to bend or break them. After surviving a few bent-rule flights, the idea that they dont really apply to you-because youre so good, of course-becomes the new norm. But what if all that skill and derring-do you believe got you through the earlier close calls was really just a dollop of luck? What happens when your luck bucket runs dry? Are you really that good, or just that lucky?

Theres no way to know how with much luck weve been graced in our aviation careers. One things for sure: If we depend on it to complete flights, sooner or later our luck will run out. In the meantime, we can always draw on skill and judgment. On which would you rather depend?

Background
On June 13, 2004, at about 0830 Eastern time, a Beech Model 200 Super King Air was destroyed when it impacted Big Mountain, near Rupert, W.V. The Airline Transport pilot and Commercial co-pilot were fatally injured.Instrument conditions prevailed near the accident site.

The flight departed the Summersville (W.V.) Airport (SXL) at about 0815, destined for the Greenbrier Valley Airport (LWB) in Lewisburg, W.V., a great-circle distance of 31.6 nm. The flights purpose was to position the aircraft to meet passengers for a Part 135 on-demand charter flight from LWB to Charlotte, N.C. An instrument flight plan was filed for the short flight, which was flown under Part 91, and an IFR reservation had been obtained for the arrival at LWB. This was necessary due to the FAA establishing a Special Traffic Management Program in conjunction with a large event a a nearby resort. The flight plan was never activated and no radar data was recorded for the accident flight. Instead, the crew was scud running its way to LWB, probably to avoid the lengthy process of obtaining an IFR clearance, climbing to a minimum IFR en route altitude and flying the approach procedure.

Investigation
The King Airs wreckage was found at an elevation of about 3475 feet msl. A debris path extended about 500 feet, beginning with tree tops all sheared off at the same height, about 60 feet above ground. All major components of the airplane were accounted for at the scene and the wreckage was unremarkable.

Research into the King Airs operator uncovered three previous events, two of which involved Cessna 310s and resulted in fatalities. In the third, the NTSB found the accident King Air had been repaired for some damage when it contacted a tree while in flight, apparently while it was being flown by the accident pilot.

The NTSBs report on this accident notes that the FAA inspector overseeing this Part 135 operation was aware of these prior events. However, the inspector failed to initiate any enforcement actions since, according to the NTSB, all of the accidents occurred under…Part 91, and not when operating under Part 135. Regardless, a few months after this accident, the FAA suspended the operators Part 135 certificate.

Probable Cause
The National Transportation Safety Board determined the probable cause of this accident as, The pilot-in-commands improper decision to continue VFR flight into IMC conditions, which resulted in controlled flight into terrain.Factors were the FAA Principal Operations Inspectors inadequate surveillance of the operator, and a low ceiling.

Its clear from the record that both the operator and the accident pilot had cut a few corners in their time. Its also clear that FAA surveillance and oversight of this particular Part 135 operator was inadequate. Whether by luck or design, no paying passengers were involved in any of the resulting accidents.

Obviously, the history of this operators and this pilots apparent scud-running, and other questionable operations-whether under Parts 135 or 91-calls into question their collective judgment.

From the NTSB report, we cant tell if this corner cutting resulted from financial and competitive pressures or if this kind of pilot behavior was simply part of the operators culture. We can, however, discern a clear willingness to bend and break various basic flying rules.

What led to this kind of behavior? Was it overconfidence, some variation on the God complex or just a bad attitude? Could it have been a sense of entitlement, leading this operation to think it was well-skilled when in reality it simply had a bucket of luck from which it took too much? On your next flight, you get to be the judge.