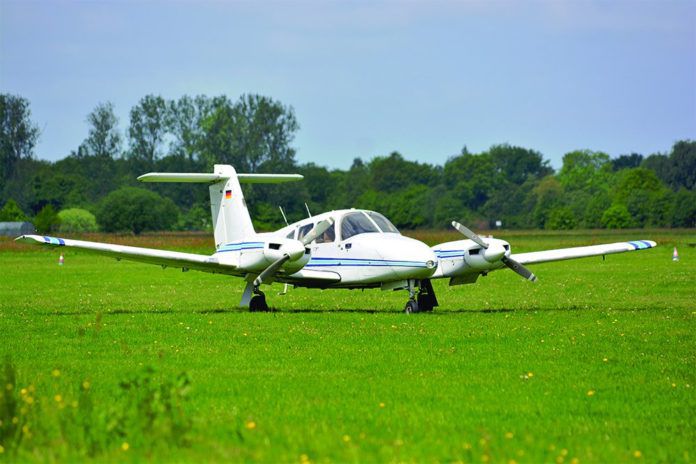 One of personal aviation’s historic Achille’s heels has been vacuum-driven flight instruments. Mechanical versions of the artificial horizon or directional gyro slowly are being replaced with more-reliable electronic implementations, but there’s still a bunch of aircraft flying around with what is a quaint technology: vacuum-driven instruments. And the record is littered with examples in which a failed vacuum system or related instrument led to a fatal accident.

Until the 1990s, when backup options became widely available for personal aircraft, a vacuum system failure in instrument conditions was an extreme emergency. These days it still is, but electric backup instruments are relatively inexpensive and easy to install.

The historic problem with a traditional vacuum system failure is the pilot’s lack of warning or awareness. Simple vacuum-driven instruments aren’t smart enough to know when they don’t have sufficient pressure differential to operate, and even a system gauge won’t tell the full story. The result can be a slow failure in which an under-powered artificial horizon can present a pilot with inaccurate information on the aircraft’s attitude, leading to confusion and loss of control in instrument conditions.

The traditional method for coping with a vacuum-system failure is to use partial-panel procedures in lieu of the failed instruments. But pilots are stubborn, and have been known to wait too long before identifying such a failure. And unless the failed instruments are covered or completely disregarded in the pilot’s instrument scan, their erroneous indications can lead us further astray, especially in a high-workload situation. And as we shall see, carrying a second engine and vacuum pump is no guarantee of success.

On March 24, 2014, at about 1738 Eastern time, a Piper PA-44-180 Seminole was destroyed during an in-flight breakup and subsequent impact with terrain near Brunswick, Ga. The flight departed the Concord (N.C.) Regional Airport (KJQF) about 1551 for the Jacksonville (Fla.) Executive Airport at Craig (KCRG). Daytime visual conditions prevailed; IFR flight plan was filed. The two private pilots were fatally injured.

The last communication with the flight was at 1727:32, when one of the pilots confirmed the altimeter setting with ATC. Radar data revealed the flight was cruising at 8000 feet msl. Four subsequent radar targets, recorded over 38 seconds and consistent with a descending right 180-degree turn, showed altitudes ranging from 7900 feet to 7200 feet. The last recorded radar data, at 1738:10, indicated an altitude of 0 feet and was in the vicinity of the accident location.

Both vacuum pump driveshafts (couplings) were sheared; however, no other evidence of pre-impact mechanical malfunctions were noted. The only recovered gyroscopic flight instrument was the HSI, which exhibited minimal damage to the housing and no evidence of crush damage. There also was no scoring or rotational damage to the pendulous vane housing or rotating assembly.

Both pilots were enrolled an professional pilot training program, which operated the airplane. The left-seat private pilot held SEL and MEL ratings, and was instrument-rated. His logbook recorded 163.7 hours, with 1.8 hours in IMC. The right-seater had the same ratings; his logbook totaled 155.3 hours/8.8 hours of IMC.

The left engine’s vacuum pump had been in service more than 1200 hours. The right vacuum pump had failed some time before the accident flight and was placarded as inoperative. Reportedly, both pilots had been verbally advised of the failure and had the opportunity to refuse the airplane before the accident flight. The operator used the Part 91 minimum equipment limitations for dispatch, which permitted operations with only one of the two engine-driven vacuum pumps operational. The FAA’s master minimum equipment list for Part 91 operators limits the airplane to daytime VFR when only one of the two vacuum pumps is operational.

At 1755, weather observed approximately 3.5 miles west-southwest of the accident location included wind from 050 degrees at 10 knots, gusts to 16 knots, visibility 10 miles and an overcast at 3800 feet agl. Nearby weather radar at 1745 depicted an area of very light intensity echoes in the vicinity. The freezing level in the area was at 10,000 feet, and implied no in-flight icing in the vicinity. The lifted index indicated a stable atmosphere. Satellite imagery at 1745 indicated a layer of low to mid-level stratocumulus to nimbostratus clouds, with cloud tops near 20,000 feet. No defined cumulonimbus clouds were identified in the vicinity of the accident site.

The NTSB determined the probable cause(s) of this accident to include: “An inflight failure of the airplane’s only operating vacuum pump, which resulted in the loss of attitude information provided by vacuum-driven flight instruments. Also causal was the pilots’ failure to maintain control of the airplane while operating in instrument flight rules (IFR) conditions, likely due to spatial disorientation, following the failure of the vacuum pump. Contributing to the accident was the operator’s decision to dispatch the airplane with a known inoperative vacuum pump into IFR conditions.”

According to the NTSB, “The operator’s decision to dispatch the airplane with a known mechanical deficiency and no operational limitations reduced the safety margin for the flight and directly contributed to the accident. It is likely that the left vacuum pump failed en route rendering the vacuum-driven flight instruments inoperative. Given the pilots’ minimal flight experience operating in IFR conditions combined with the difficulty of detecting and responding to the loss of attitude information provided by the vacuum-driven flight instruments, it is likely that the pilots became spatially disoriented and lost control of the airplane, resulting in the subsequent inflight breakup. No definitive determination could be made as to which of the two pilots was acting as pilot-in-command of the airplane at the time of the loss of control.”