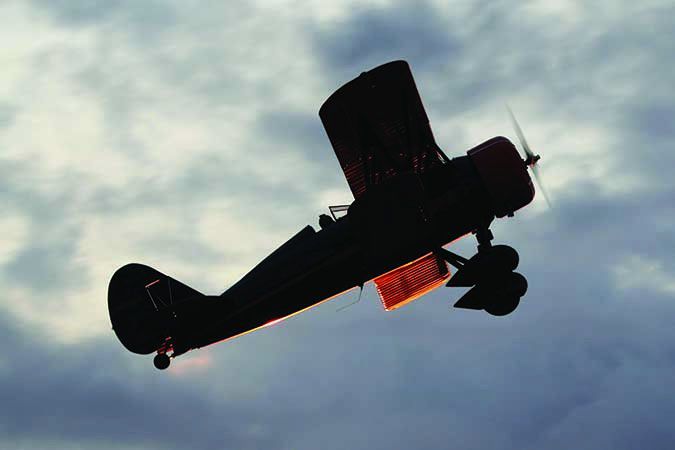 Editor’s note: This is the final installment of a two-part series on flight energy management, describing what it is and how we can use it to enhance safety. The first part ran in November’s issue.

Loss of control in-flight (LOC-I) has become the safety issue du jour, and justifiably so. According to the NTSB, between 2001 and 2011, over 40 percent of fatal fixed-wing GA accidents occurred because pilots lost control of their airplanes. Takeoff and climb, landing and maneuvering are regarded to be the flight phases in which pilots are most susceptible to LOC-I, as the bar graphs on the opposite page detail. And LOC-I almost always results from pilot error. We can lose control whenever we expect too much of the aircraft or expect the aircraft to do something it can’t do. For example, attempting to fly with too much load factor while turning from base to final in the traffic pattern precipitates a stall, and is a major factor in the ways pilots lose control.

While excessive wing loading, aerodynamic stalls, distractions and risk mismanagement are predisposing factors of LOC-I, energy mismanagement may be regarded as another factor. As an example, the Flight Safety Foundation Approach-and-Landing Accident Reduction (ALAR) Task Force found that unstabilized approaches (i.e., low/slow or high/fast approaches) were a causal factor in 66 percent of 76 approach-and-landing accidents and serious incidents worldwide from 1984 through 1997. These accidents involved energy mismanagement, resulting in an excess or deficit of energy; aircraft were low/slow on approach in 36% of the accidents/incidents and were high/fast on approach in 30% of the accidents/incidents.

As explored in last month’s article, there are two basic forms of flight energy: kinetic energy (EKIN), represented as airspeed, and potential energy (EPOT), represented as altitude. An aircraft may be considered an “energy system” with pilot-controlled energy management (EM) parameters that include engine power, EKIN, EPOT and drag (both parasitic and induced drag).

An aircraft’s “energy instruments” may be thought of as the airspeed indicator for EKIN, altimeter for EPOT, vertical speed indicator (VSI) for the rates of accumulation and depletion of EPOT, manifold pressure/tachometer for engine power and fuel gauge for the amount of chemical energy available for conversion to power by the engine. An aircraft’s net mechanical energy or energy state is equal to the sum of EKIN and EPOT minus drag (Energy state = (EKIN + EPOT) – Drag).

Energy management may be defined as using flight and power controls and the energy instruments to establish and maintain an appropriate and safe energy state for all phases of flight. Energy mismanagement is associated with insufficient EKIN (airspeed too slow) or EPOT (altitude too low), and excessive EKIN (airspeed too fast) or EPOT (altitude too high), predisposing to LOC-I accidents during takeoff and landing.

Based on accidents/incident over the years, consider the following typical pilot behaviors leading to energy mismanagement and resulting in LOC-I during takeoff and landing.

Takeoff—Insufficient EKIN from reduced power: Following an abrupt nose-up input in a Cessna 172 Skyhawk at the published liftoff speed and during high density altitude conditions (approximately 5000 feet DA), the airplane stalled approximately 50 feet above the runway. It hit hard enough to damage the landing gear, propeller, engine and wings.

As power output decreases approximately three percent per 1000-foot increase in density altitude, roughly 15 percent less power was available from the engine. Stated another way, the engine was capable of generating a maximum of 136 hp.

The pilot’s situational awareness of the weather/density altitude conditions was reduced and was a contributing factor in the accident. The pilot should have held the airplane on the runway longer to generate more EKIN (higher liftoff speed) and used a less abrupt, more gradual technique.

Takeoff—Insufficient EKIN during initial climb: While attempting a soft-field takeoff in another 172, the pilot allowed the airplane to become airborne at a lower than normal airspeed. Before the airplane gained sufficient EKIN—e.g., the published best rate of climb speed (VY)—the pilot aggressively pitched nose-up to a relatively high AoA, promptly climbing out of ground effect. Climbing out of ground effect causes increases in induced drag and wing loading, which, in turn, caused a rapid depletion of EKIN.

Subsequently, an inadvertent aerodynamic stall and LOC-I occurred approximately 20 feet above the runway. The airplane descended abruptly in a nose-down attitude. It was substantially damaged and the pilot sustained serious injuries.

In fixed-wing airplanes, ground effect may be defined as an increase in lift and decreased induced drag when the wings are close to the surface (ground or water), increasing an airplane’s lift-to-drag ratio. Under these conditions, wingtip vortices are unable to form effectively due to obstruction by the surface, resulting in less rearward tilting of the lift vector, also known as less induced drag. The closer to the surface the wing is, the greater is the effect, and vice versa.

Our Energy is Lowest Close to the Runway

If you’ve been following along and understand how airspeed (EKIN) and altitude (EPOT) combine to create the energy states we commonly encounter, it should not come as a surprise to realize our lowest energy state is when we’re closest to the runway. Since we have so little of it when right above the runway, that’s where our energy management deserves maximum caution.

At this lowest of low energy states, a pilot’s options are limited. It is not surprising this state predisposes to LOC-I accidents. Some typical examples include:

• Following rotation, stalling and colliding with the runway because the pilot attempted to pull the airplane off at too low an airspeed for conditions. The beneficial effects of ground effect may be all that’s keeping us in the air.
• Power-on stall during initial climb after takeoff or while beginning a go-around/rejected landing.
• Stall at too low an altitude while flying slowly (“low and slow”) prior to landing.
• Accelerated stall from maneuvering aggressively in the traffic pattern, for example, constant altitude skidding turn from base to final at a steep bank angle with increased AoA (increased wing loading).

In general, flying slowly and maneuvering at relatively low altitudes—as we must when landing or taking off—limits our overall energy. If we temporarily cannot acquire more energy, we have to manage what we have efficiently.

Landing accidents often result from energy mismanagement. To mitigate LOC-I accidents on landing, the target energy path should be a gradual reduction in the airplane’s energy state so that only an appropriate amount of energy is maintained at touchdown.

Landing—Insufficient EPOT and EKIN (low and slow): Insufficient EPOT means the airplane is dangerously close to the ground. Insufficient EKIN means the airplane is flying too slowly and close to stalling. The combination of low and slow (say, < 1.3 VSO and < 500 feet agl) is especially dangerous. In such a situation, a pilot does not have the option to pitch up to convert limited EKIN (airspeed) to EPOT (altitude) or pitch down to convert EPOT (altitude) to EKIN (airspeed) to prevent a stall.

A typical example is attempting to gain EPOT/altitude when flying low and slow on short final. It’s common to pitch too high, to an inappropriate increase in AoA. An increase in both induced drag and wing loading can result from such an energy-depleting maneuver. In this example, EKIN erodes quickly and critical AoA is exceeded, precipitating an inadvertent aerodynamic stall/spin LOC-I accident.

If we shed EKIN/airspeed, we must increase power to maintain EPOT/altitude in this situation. To maintain the airplane’s total energy state, (EKIN plus EPOT), we need greater altitude (EPOT), higher airspeed (EKIN), or some combination of the two.

Landing—Insufficient EKIN and EPOT (stall/spin): In this fatal traffic pattern accident, the pilot was observed banking too steeply (estimated to be 50 deg.) while turning from base to final at constant altitude and too low an airspeed. The airplane stalled and spun nose-down mile from the runway threshold. Airspeed/EKIN and altitude/EPOT before the stall were estimated to have been 50 to 60 knots and 200 to 300 feet agl, respectively.

The Pilots Operating Handbook for this airplane advises a landing reference speed (VREF) of 65 KIAS, and a range from 60 to 70 KIAS for a normal landing. A final approach airspeed of 70 KIAS is advocated. During a constant-altitude turn at a 50-deg. bank angle, 1.55 G are generated. In that attitude, the wings are now supporting an additional 55 percent of the airplane’s weight, thanks to the greater load factor. An airplane weighing 2550 pounds, for example, now weighs 3952 pounds.

At the airplane’s airspeed, there was insufficient EKIN for the bank angle used and insufficient EPOT for the pilot to pitch down to convert EPOT to EKIN. Considering the excessive bank angle required while turning from base to final, the pilot should have realized something was wrong and performed a go-around/rejected landing for another landing attempt, instead of trying to salvage what he had left.

Landing—Too much EPOT and EKIN: In an attempt to land a Mooney M20J with too much EPOT (altitude) above the runway, the pilot pitched the nose down and dived for it. This action converted EPOT to increased EKIN (airspeed) and, as a result, the airplane flew approximately 20 feet above the runway with too much EKIN (airspeed well in excess of VREF).

Realizing the runway was coming to an end, the pilot pitched the nose down again to force the airplane to land. This caused the nose wheel to strike the runway in a fast downward motion, the airplane then bounced back and forth, out of control, from nose wheel to main wheels—porpoised—several times before cartwheeling and finally coming to rest. The pilot sustained injuries and the airplane was damaged substantially. With too much EPOT over the runway, a go-around/rejected landing should have been performed.

An EM-centered approach to flying promotes flight safety and is one reason the FAA’s new private pilot Airman Certification Standards require candidates to demonstrate an understanding of EM for a variety of flight maneuvers. All pilots should understand that EKIN/airspeed and EPOT/altitude are like money in the bank and has many more options if he or she efficiently manages them both.

There are reasons “airspeed is life” and “altitude is your friend” are time-honored aviation maxims. They tell us the importance of energy management to maintaining aircraft control and minimizing the risk of losing control.

Dr. Banner is a flight instructor at University Air Center, Gainesville Regional Airport (GNV), Gainesville FL, professor at the University of Florida in Gainesville, and major and instructor pilot in the U.S. Air Force Auxiliary/Civil Air Patrol. A CFII, MEI, he has 5000 hours of flight time and owns a GCBC Citabria.