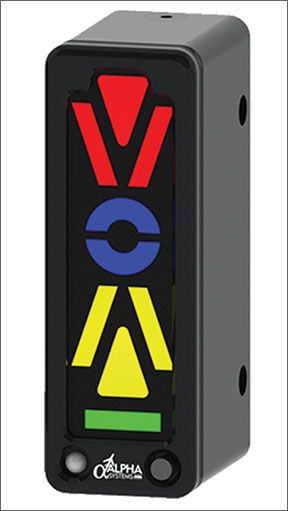 Forty percent. In any context that’s a sizable percentage. In ours, 40 percent represents the share of fatalities aviation-safety advocates pin to one category of crashes: loss-of-control accidents (LOC). Reducing LOC accidents and their fatalities led the FAA to put two available tools at the top of its 2013 list of most-desired general-aviation safety enhancements. The winners? Airbag seatbelt systems and angle-of-attack (AoA) indicators.

New, Improved, cheaper
One of the keys to the potential acceptance of these devices are their relative simplicity, lower costs and straightforward installation: Installation documentation can be as simple as a logbook entry. Freeing operators from the FAA’s Form 337 field approval or supplemental type certificate processes avoids adding costs unrelated to safety.

How much does it cost to install a new-generation AoA indicator in a CAR 3/FAR 23 airplane? Estimates from several avionics shops—using a nominal $1550 retail system price—tell us total flyaway cost can be in the $2750-to-$3500 range. Those are good numbers, confirmed Kent McIntyre, owner of Wichita avionics shop Bevan-Rabell.

The expense is, of course, a relative thing. Compared to previous AoA systems available for certificated aircraft, the latest products are 60- to 100-percent less costly to acquire and install than the more complex existing systems. But little of that matters if pilots fail to understand the advantages of using AoA while maneuvering instead of indicated airspeed.

The consensus view today—and there are ample statistics supporting it—points to pilots too often failing to remember the limitations of airspeed indicators when maneuvering. When that maneuvering occurs at relatively low levels—like in the traffic pattern—relying on the airspeed indicator alone has led many a pilot into the weeds, sometimes with fatal consequences.

To simplify and standardize the devices, ASTM International established what it calls “functional operation and minimum performance requirements for simple systems that provide angle-of-attack information to a pilot.” The standard, known as ASTM F3011-13, covers basic operation, stall indication, control accessibility and software. Yes, there is some fine print and, yes, the AoA systems installed in this manner must be used as “advisory” or “supplemental” to existing aircraft systems. Specifically, and quoting from BendixKing’s documentation for its KLR 10, “The system will not be used in lieu of the airspeed indicator or aircraft stall warning system.”

The AoA Difference
So, what’s the big deal? Is AoA suddenly the new, must-have gadget in your cockpit, like Loran was in the early 1990s, or electronic charting in 2008? Yes…and no. Unlike the airspeed indicator alone, a properly calibrated AoA system always correctly reflects pitch changes, regardless of variables like airplane attitude, G-loading or density altitude. Even power changes. That’s because the AoA systems meeting F3011-13 standards provide visual and aural alerts to high-alpha, low-airspeed conditions before a stall occurs.

An informal survey of military- and corporate-trained pilots, institutional training-company instructors and safety experts indicates those with experience prefer an AoA system as a more-accurate indication to establishing and maintaining safe pitch attitudes. But this value hinges on adherence to three conditions: accurate calibration, training specific to the system and practice. The goal of training is to expose the pilot to the full range of indications, alerts and warnings while learning how the aircraft responds to following and ignoring the alerts.

Former military pilots relate they use AoA to maneuver and avoid shoulder-launched missiles and dodge ground fire, without worrying about flying into a low-altitude stall. U.S. Navy pilots train to use their aircraft’s AoA indication in many situations. They can instantly pitch to a best-climb angle, make precise pitch adjustments on instrument and carrier approaches and fine-tune their aircraft’s in-cruise attitude to minimize fuel burn by maximizing lift. They also can use AoA to match the desired delivery angle for a gravity weapon—a “dumb” bomb, for example—a capability many of us flying personal airplanes may want from time to time but will never need.

For more mundane operations, in aircraft such as business jets and turboprops, direct-measurement AoA information is used as a data source for automated systems to help manage auto-throttle control systems, in stick-shaker activation systems and as stall-warning devices. They operate independently of airspeed indication, as well.

Numerous professional pilots told us of their preference for AoA systems when in maneuvering flight at any altitude. Several, most of them with military backgrounds, consider them valuable for everything from maximizing fuel efficiency in cruise to guarding against inadvertent high-alpha situations…at any altitude.
One pilot related the usefulness of the AoA in a Pilatus PC-12, calling it “key to safely flying maximum-performance maneuvering.” An active charter pilot noted he stays sharp using an AoA for climb and approach control by occasionally, for his own training, covering the ASI and flying solely on the AoA. Never, of course, on a revenue flight.

Voices Of Experience
Among the suggestions AoA-experienced pilots and instructors offered came these pearls, most of them suggested as training steps while flying with a safety pilot and all of them for use only after completing the system’s prescribed calibration process:

1—Start simply, slowing the aircraft a knot per second while maintaining altitude, then watch how the AoA indicator behaves as airspeed deteriorates, all the way through and past the stall-warning system response.

2—Watch the AoA indication change as you recover from the stall and make a note of how early the AoA system started suggesting a pitch-down action.

3—Flying at a safe-for-recovery altitude, practice pattern work (well out of a real traffic pattern, please), repeating the above exercises while maneuvering through the turn from downwind-to-base and from base-to-final. Note how the AoA indicator starts alerting you well ahead of when the ASI needle nears the airplane’s published stall speed. Continue tightening the turn until the AoA indicator reaches maximum alert and the aircraft stalls in the turn. Note that the airspeed indicator remains above the stall-speed mark and the stall horn remains silent. Now, cover the ASI and consider it “INOP” for the remainder of the session.

4—Practice using the AoA to establish climb angle independent of the ASI, then practice again during a rejected-landing exercise and watch how quickly pitch can approach critical alpha when transitioning back to climb from the landing attitude, one of the culprits in the LOC accident stats.

5—Spend some time working the opposite direction—nose-low situations—to gain experience with the AoA system suggesting you pull up.

6—Practice using the AoA indicator alone for pattern flying, approaches and landings, with the ASI still covered and your safety pilot alert for traffic and any mistakes.

Follow the flashing arrow
The value of an AoA is unquestioned among the CFIs and flight-training-company cockpit and sim instructors who talked with us (as well as current and former military pilots, as detailed earlier). Those three populations share significant overlap.

“When you don’t have the time to calculate that your stall speed on a high DA (density altitude) day at a 1500 msl airport—and in a 1.5-G turn—you can get it wrong in a split second and forever change your flying,” one multi-type-rated business-turbine contract pilot and CFI/I told Aviation Safety. “A functioning AOA system gives you the parameter-corrected indication instantly, so all you have to do is obey its indication. When its arrows or indicators point down, they’re not kidding…lower the nose, pronto.”

Last year, Embry-Riddle Aeronautical University announced it had installed AoA indicators from Alpha Systems in its entire fleet of 61 Cessna training aircraft at both its Daytona Beach, Fla., and Prescott, Ariz., campuses. At the time, Dr. Jackie Luedtke, Director of the Robertson Safety Institute at the university’s Prescott Campus, said, “This device is a direct measurement of energy. It lets pilots know at a glance how much lift is available regardless of an airplane’s speed and altitude.” That’s one of the best endorsements for an AoA indicator we’ve seen.

Does this mean you should drop everything and install one of these devices? It depends. If you’re flying a Super Cub in Alaska and find yourself low and slow spotting game, we’d recommend it. Same answer if you’re active in aerobatics, or other maneuvering flight. If you’re a typical owner, who uses the airplane for cross-country work, you’ll still find it a valuable addition. And with better attitude references, maybe pilots everywhere will start dialing down their LOC accident pace. That’s the bottom line.