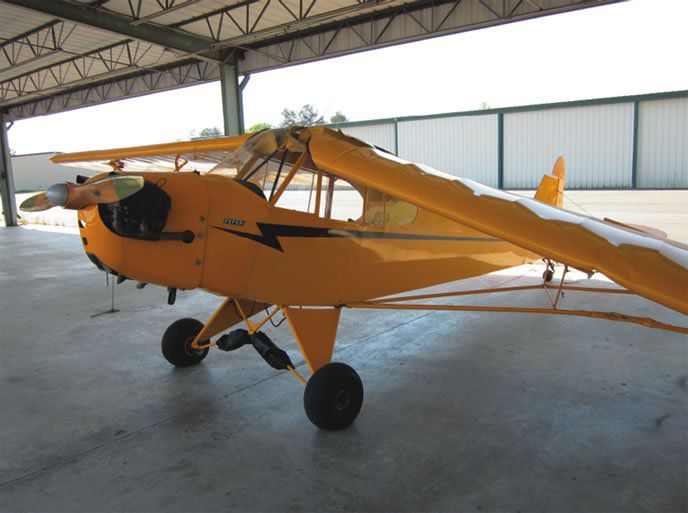 The FAA, NTSB and the aviation community have spent a lot of time and effort analyzing how and why pilots lose control of their aircraft, historically the leading cause of fatal general aviation accidents. A recent report by the FAA/industry General Aviation Joint Steering Committee (GAJSC—see the sidebar on the opposite page), closely looked at the reasons why, highlighting dozens of recommended mitigations to reduce loss-of-control (LOC) accidents. Many of its recommendations have great value.

For example, a GAJSC working group identified addressing the regulatory burdens on the manufacture and installation of non-required angle-of-attack (AoA) indicators as a way to reduce LOC accidents. The FAA and industry followed through, and a new, accurate, relatively inexpensive and easy-to-install class of AoA indicators was the result. But the GAJSC’s efforts only address the final links in the accident chain. Identifying the real hazards and managing the resulting risk could address 80 percent of these accidents.

The FAA and industry groups are in near-unanimous agreement that LOC is the leading cause of GA fatal accidents. The GAJSC Loss of Control Work Group final report, published in October 2014 for fatal accidents from 2001 to 2011, clearly highlights loss of control, especially loss of control in flight (LOC-I), as the leading killer of general aviation pilots and their passengers. This holds true for piston, turbine and amateur-built aircraft.

For more information on the GAJSC report, please see the sidebar on the opposite page, but suffice it to say LOC has everyone’s attention. It also seems that everyone has an opinion on how to solve the problem (including yours truly).

At this point, it’s appropriate to note the data used by the GAJSC and other industry groups are based on official accident-investigation information from NTSB accident reports. This may seem like motherhood and apple pie to most in the aviation business but, as I’ve pointed out before in this journal, the NTSB data and especially the probable cause and factors cited in completed accident reports generally point to the final links in the accident chain leading to the loss of control, but not the real root cause. The predominance of LOC accidents in the reported data means considerable resources are being devoted to addressing these accidents, which is worthwhile. But NTSB data on GA accidents can be incomplete, potentially omitting other root causes, which remain unaddressed.

The emphasis on LOC isn’t solely related to GA accidents. In the last few years, several air carrier accidents have also placed the spotlight on loss of control—as well as the interfaces between humans and automation, plus fatigue—and what to do about it.

These accidents include Colgan Air Flight 3407, on February 12, 2009, near Buffalo, N.Y., and Air France Flight 447, June 1, 2009, over the equatorial Atlantic Ocean. Both accidents were described in classic LOC nomenclature in the official accident reports. Many observers point to them as evidence basic flying skills and “stick-and-rudder” expertise are widely lacking. These accidents also spurred a massive rethinking of standard methods for stall and unusual attitude recovery, as well as heavy promotion of upset recovery training (URT) as a means to address them.

Basic flying procedures and skills are certainly involved in these and similar accidents, but the root causes often are more complex. For example, in both the Colgan Air and Air France accidents, the crews apparently suffered from a massive loss of situational awareness, and may not have known what the airplane was doing. If there was a basic skill deficiency involved, it probably began when both crews forgot that “pitch plus power equals performance.” Crew fatigue and alertness also were factors, especially in the Colgan Air mishap.

So, an LOC accident certainly is something we want to prevent, no matter the equipment or operation. And accidents like AFR447 and CJC3407 demand attention, especially given the questions of basic airmanship among professional pilots they raise. A mitigation for an LOC accident involving commercial operation of a heavy jet transport or a 74-seat turboprop—ensuring crew rest, for example, or requiring realistic upset training—only goes so far, however. At the end of the day, these crews stalled two perfectly good airplanes and failed to recover them.

The GAJSC’s Loss of Control Work Group’s final report included 34 recommendations—safety enhancements, or SEs—and road maps to achieving them. Thanks to the inherent flaws in the underlying data (see the sidebar on page 6), anyone looking at LOC accidents is going to see NTSB probable cause determinations and accompanying factors—the final links in the accident chain. But there are other links, occurring earlier in the chain, which deserve attention.

Put another way, yes, the pilot lost control turning base-to-final on a dark and stormy night, and an AoA indicator could have helped, but what led the pilot to find himself in a position where losing control would be fatal?

The renewed popularity of AoA indicators is a direct result of GAJSC safety enhancements. Other SEs in the LOCWG reports may have equally popular effects on mitigating risks posed by the earlier events in the accident chain. This would include, in my opinion, the risk-based flight reviews (SE21), aeronautical decision-making (SE3) and single-pilot resource management (SE24). These three SEs, if implemented and promoted with the same emphasis made on AoA indicators, may have even greater potential to prevent LOC accidents. To test this theory, I conducted my own analysis of fatal LOC accidents occurring in 2011. My analysis and results are described in the sidebar above.

The complexity of loss of control fatal accidents is reflected in the details and findings of the LOCWG final report. But this complexity may obscure another way to reduce the number of fatal LOC accidents, along with other kinds. A more focused way to prevent these accidents may be to address their real root cause: poor risk management.

I’ve previously written about FAA efforts to replace the practical test standards (Aviation Safety, July 2013, “The Coming Airman Certification Standards”). The new system will integrate required knowledge and skills in all the tasks for airman certificates and ratings. Of equal importance, risk-management knowledge and skill will be integrated into all tasks, and new pilots will have the necessary knowledge and skill to perform risk management effectively.

What about existing pilots? That’s a little trickier. As the LOCWG report stated, the flight review is one of the few ways we can reach the existing pilot community to impart risk-management prowess. One suggestion by the LOCWG is to provide flight instructors with guidance on conducting a risk-based flight review. With so many safety enhancements recommended and limitations on resources, it’s possible the most effective recommendations could get lost in the shuffle.

While the FAA and industry ponder how to address LOC accidents, you can take steps now to create your own loss of control prevention program. Consider the following as part of your personal program.

Make sure your basic flying skills are up to snuff. If you’re an experienced pilot, this mostly involves flying enough to ensure your stick and rudder skills don’t deteriorate.

Conduct a risk analysis for every flight. This includes a pre-flight analysis as well as a continuous analysis while in flight, especially if your basic assumptions change.

At your next flight review, conduct a risk-based review. This should be scenario-based and include pre-flight and in-flight scenarios covering the entire spectrum of risks represented by the PAVE acronym, including Pilot, Aircraft, enVironment and External pressure risk categories.

Remember that you have the ability to manage your risk, including those that can lead to loss of control. This is ultimately your best way to keep from becoming a statistic.

Robert Wright is a former FAA executive and President of Wright Aviation Solutions LLC. He is also a 9600-hour ATP with four jet type ratings and a flight instructor certificate. His opinions in this article do not necessarily represent those of clients or other organizations he represents.