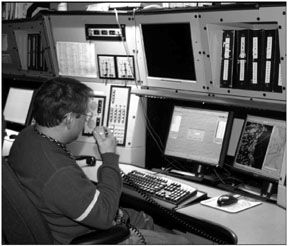 The formal announcement in what has the potential to be one of the most significant changes in the FAAs operation was made February 1, 2005. On that date, the agency said it had selected corporate giant Lockheed Martin as the winner of a competition to operate and manage the FAAs network of 58 Automated Flight Service Stations (AFSS) in the contiguous U.S., Hawaii and Puerto Rico. Alaska-based facilities will remain under FAA operation, at least for now.

Though the competition was anything but a secret, what comes next for pilots remains something of a mystery. So, Aviation Safety asked the FAA, Lockheed Martin and others what pilots should expect and when they should expect it. We also asked this question: How will all of this impact safety? The answers lead to more questions.

The Basics
The FAA spent about $500 million on flight service operations in fiscal year 2003. But, only about $60 million of that amount was offset by the taxes pilots pay each time we top off our tanks. And, as anyone who has tried to get through to flight service on a bad-weather day knows, that shortfall is really only the tip of the iceberg: The AFSS network has been struggling for more than a decade with technology cobbled together from 1930s-era teletype machines and early-generation IBM PCs. Many programs were devised within the FAA to address these issues-most notably something called OASIS, which promised to at least bring your local AFSS up to something approaching Windows 95 standards-but neither the agency nor Congress agreed to fully fund them.

In December 2003, the FAA formally began a complicated process designed to inject competition into providing flight services. Ultimately, the agency evaluated five competitors, including itself, to determine who could provide the best value. A requirement of the competition was to demonstrate savings of almost $1 billion over 10 years. To no ones great surprise, the agency decided to turn over the AFSS network to a private provider and chose Lockheed Martin as the winner of a five-year, $1.9 billion contract. The FAA says it will save $2.2 billion over the next 10 years and calls this outsourcing instead of privatization. Nowhere has the FAA said anything else about the ongoing shortfall between the $60 million it says it gets from GA and the $1.9 billion it plans to pay Lockheed Martin.

Consolidation
A major component of Lockheed Martins plans will be consolidation, which is nothing new for the FSS network. In the 1970s, there were more than 300 flight service stations scattered around the U.S. and the primary method for a GA pilot to obtain a weather briefing was to simply walk in and meet a briefer face-to-face. By the early 1990s, there were only 61 AFSS locations, plus a few seasonal, non-automated sites in Alaska.

Lockheed Martin has made it painfully clear that consolidation will be a major feature of its plans for the flight service function, which it has dubbed Flight Services 21, or FS21. The company says its FS21 configuration will consist of three major hubs-presumably at existing sites in Ft. Worth, Texas; Leesburg, Va.; and Prescott, Ariz-plus 17 other facilities (see the sidebar for these locations). Lockheed Martin says it plans to have the three hubs online by April 2006. The remaining consolidation will occur over the following 18 months, with the company working to meet a loose deadline of April 2007 or so to have completed this initial phase of its contract. By then, pretty much as it is now, the days of a Student pilot getting an in-person briefing from a grizzled FSS veteran filled with local knowledge will be a distant memory-although Lockheed Martin assured us walk-in briefings will be available. Itll just have to be one of the 20 facilities throughout the U.S. comprising the network.

As the sidebar (see bottom) details, Lockheed Martin previously told the AOPA a great deal of what it planned for bells and whistles, if not how it intended to implement those plans. For its part, AOPA has been heavily involved in the FSS outsourcing project from Day One. The association firmly believes the project addressed all the needs of general aviation. To make sure, said AOPA spokesperson Chris Dancey, we made contact with all potential contractors with an eye to work with whoever won to ensure the contract met general aviations needs.

However, few details exist on how Lockheed Martin plans to find the sweet spot of increasing quality of service, reducing staff and facilities, and making a profit. And its those details we wanted to learn more about, especially since Lockheed Martin agreed to do it for much less than it costs the FAA-and the FAA has been at it a little longer. Unfortunately, the lack of detail available is not likely to improve much before the summer. Thats because one of the losers in the FAAs competition for the FSS contract lodged a formal protest against Lockheed Martins selection.

Since the protest was a live issue when we were putting together this report, no one at either the FAA or Lockheed Martin was willing to go into great detail with us on how all of this will come together in the short term.Everyone connected with the contract, of course, expressed great confidence in the plans-they just cant talk about them right now. Which is kind of like being told to expect a clearance direct to your destination, but not being told when.

In an attempt to pin down some of these details, we cornered Dan Courain, Lockheed Martins AFSS program manager. Just as with the FAA, however, most of Courains answers lacked detail since no one at the company wanted to discuss their plans with a protest hanging over their heads. Some of those questions for which we did get answers are covered in the sidebar on the opposite page.

But what we consider very basic details-how will incoming calls to the AFSS networks toll-free number be handled?-will have to remain unknowns for now. Lockheed Martin considers this information proprietary and an issue in the ongoing protest. We got the same non-answers to other questions. These included to which facility will we be speaking when we call for a briefing?How can pilots be certain the briefer has sufficient knowledge of the route we plan to use to give us a good briefing? How will Lockheed Martin manage heavy demand for briefings with approximately half the staff and one-third the facilities as the existing system?

For its part, Lockheed Martin is supremely confident its FS21 plans will not only withstand the protest but will bring about a revolution in the services pilots require. Said Courain, The pilot will not see any functional change in the service provided by the AFSS network. But he just cant talk about it.

The Bottom Line
So whats the bottom line? Will service improve? Will it get worse? And will safety be enhanced, stay the same or suffer? Theres no doubt in our minds that an overhaul of the AFSS network is long overdue. The only bright spot in flight service over the past 20 or so years has been the advent of DUAT, which was created only to reduce both workload and the agencys costs. In fact, the FAA has been treating flight service with benign neglect for more than a decade and the proliferation of free or low-cost aviation weather services is proof. Many of those services are vastly superior when compared to what we get from the FAA.

And, if Lockheed Martins apparent plans are implemented as the company proposes, the quality of the services provided-the overall customer experience-should be improved. As AOPAs Dancey expressed it, Lockheed Martin will bring specialists and briefings up to the level of service many pilots have on the Web now. Aviation safety and general aviation flight operations will be enhanced by increasing efficiency. AOPA does not see safety or operations being adversely impact should the Lockheed Martin contract succeed, he added.

Its clear that both the FAA and Lockheed Martin have big plans to drag the kicking and screaming AFSS network into the 21st century. And, its also clear that the AFSS network has long needed a healthy dose of the technology and modernization the two parties envision. But, were paid to be skeptical, to ask questions and to pose what-if scenarios. Were still skeptical.Lockheed Martin, while a large company, also has a large task ahead of it.

To us, the bottom line is not whether the job can be done for less expense and with greater efficiency, but whether safety will be enhanced as a result.For now, our conclusion is that there is a huge potential to enhance safety by putting more and better information in the hands of pilots who need it.But how that will happen and how the downsizing of both facilities and staff will impact these objectives is not known. Well have to wait and see.