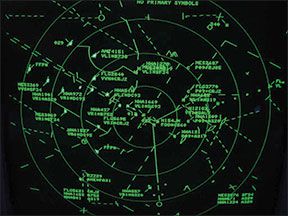 Amy Laboda writes in February’s issue that “…controllers are not required to correct you if you read back a clearance incorrectly.” A retired SoCal Tracon controller explained to me why it is important for controllers to catch bad readbacks.

The controller is responsible for the pilot’s actions and when a pilot follows a bad readback, he or she is still responsible. Of course, a bad readback will be recorded on the tapes. There are some cases within the airport environment that a readback is not necessary. This is to avoid frequency congestion, save time and keep traffic moving. Other readbacks are mandatory, such as hold-short assignments and line-up-and-wait. If not read back, the contoller will be asking the pilot for the proper readback.

While pilot/controller confusion certainly exists in the immediate environment around the airport, most of it involves the terminal and en route system. The FAA’s guidance states controllers should ensure acknowledgment, but doesn’t specify how.

Meanwhile, NASA’s Aviation Safety Reporting System (ASRS) tells pilots they shouldn’t expect ATC to catch any mistakes. The ASRS’s conclusion is there are “strong motivations for airmen to drop any ‘how-the-system-is-supposed-to-work’ idealism and adopt a more realistic approach to cockpit communication practices. As a working premise, airmen should assume that during congested traffic conditions, the controller may be unable to hear, or is not listening to their readbacks.”

Pattern Confusion
After reading “Ambigious ATC” (Accident Probe, February 2014), I wonder what would have been the pilot’s best course of action? Turning left, as ATC requested, at a safe bank angle would probably put him downwind on final on a collision course with the inbound traffic approaching at double his speed. I probably would have stayed on base and climbed rapidly while looking left for the inbound traffic. I would have told ATC “unable,” and stated my intentions.

It also didn’t help that he was only 200-300 feet agl on base. I thought you should be higher on base and plan on being 500 feet agl turning final. Thoughts?
David Shepherd
Via e-mail

There’s a lot going on with that accident, including a controller whose “lack of upfront sequencing instructions or subsequent sequencing instructions when the accident aircraft was cleared to land” were contributing factors, according to the NTSB. Absent information to the contrary from the controller, it’s reasonable for the accident pilot to presume he was Number One for the runway. We feel certain he was just as surprised as the controller.

Interestingly, the NTSB also wrote, “The pilot of the airplane on short final for 9R maintained situational awareness throughout, perceived the conflict before the controller or the accident pilot and responded calmly and benignly” to it. The NTSB added that the accident pilot “needed only to arrest his descent, at a minimum, to avoid any collision.” Ultimately, the accident pilot attempted to maneuver, added power, lost control and impacted terrain after the controller instructed him to “cut it in tight.”

We wonder if the pilot may have tried too hard to please the controller at the last minute.