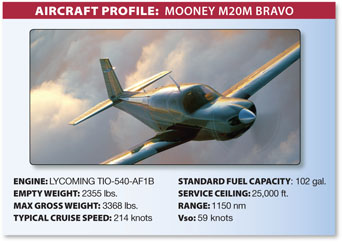 One of the few drawbacks to getting and using the Instrument rating is the regulatory and practical need to maintain currency. If you fly a lot and in all kinds of weather, you may be lucky enough to accumulate the required experience in the alloted time. Most of us, however, either dont fly that much or, when we do fly, the weather isnt bad enough to count. Even if it is, the visual or contact approaches are much more common-and more convenient for operators and for ATC-than doing the full procedure.

In any event, the result is that the vast majority of people bopping around on an IFR flight plan probably dont meet the letter of the law when it comes to maintaining IFR currency. While we dont advocate busting regs, the simple truth is that, for most IFR operations in personally flown aircraft, failure to meet the letter of FAR 61.57 isnt a big deal. Most of the time.

The problem of maintaining instrument currency is particularly acute for those lucky enough to live in areas where the weather is usually good. Hawaii and the southwest U.S. come to mind, as does Florida and the Caribbean. Those lucky souls often consider themselves cursed if they are forced to file IFR more than once or twice a year. For the rest of us, filing is often a reflexive thing: If there is any cloud cover in the forecast or the visibility is less than, say, six miles, we file.

One of the obvious results is that those of us living in bad-weather areas tend to look at filing and flying IFR as the norm; we tend to get a bit nervous when the transponder is reading 1200 and theres no one telling us where to go. Another result is that Instrument-rated pilots living in good-weather areas often have to struggle to maintain currency. Sometimes they simply dont comply with the letter of the law. Or with its spirit.

Background
On May 3, 2004, at 1520 Eastern time, a Mooney M20M Bravo collided with terrain while attempting an ILS approach to the Raleigh Durham (N.C.) International Airport (RDU). The Instrument-rated Private pilot and single passenger were fatally injured, and the airplane was substantially damaged.The flight departed Columbia, S.C., an hour and a half before the accident.

The flight was planned to arrive during a period when the RDU terminal forecast called for a greater than 50-percent chance of three miles visibility in light rain and mist with overcast clouds at 1200 feet. The forecast included improving conditions later in the day.

All indications are that the flight proceeded normally until in the vicinity of RDU and the pilot received clearance for the ILS Runway 5L approach. On the first approach attempt, the airplane was approximately mile right of the localizer and not maintaining assigned altitudes. In response, ATC issued no-gyro vectors away from the localizer. Review of the radar plot showed the airplane making a series of maneuvers the pilot described as a spiral. The pilot recovered from the spiral, and climbed to 4100 feet and maintained his altitude on top of the weather.

At 1454, the pilot told ATC he was back under control again, and felt good. After the pilot requested another ILS approach, ATC advised that he was in a continuous left turn and encouraged the pilot to level out and check his instruments. At one point, according to the NTSB, the pilot informed approach control that he did not have weather like this in Arizona. A second attempt at the ILS ended like the first, with the Mooney flying to the right of the localizer.

After a second missed approach, the pilot requested a third attempt.Controllers issued another heading and altitude assignment, but the airplane began a descending turn with an increasing groundspeed. Subsequently, radar and radio contact were lost. The airplane collided with trees and then a small lake.

The airplanes wreckage was located approximately five miles south of RDU, submerged in approximately eight feet of water. Post-accident examination of the airframe did not reveal any flight control anomalies and all major portions of the aircraft were accounted for at the scene. The propeller and engine displayed signs of developing power at the time of the crash and did not reveal any mechanical anomalies.

Probable Cause
The National Transportation Safety Board determined the probable cause of this accident to involve: The pilot experienced spatial disorientation, which resulted in a loss of control and the subsequent collision with trees.Factors were low ceilings and fog.

It can be argued that any instance of spatial disorientation can be blamed on a lack of proficiency. We dont subscribe to that argument, since there are any number of reasons a pilot can get distracted and become disoriented, even if he or she is the most proficient pilot on the planet in IMC.

We dont know if the accident pilot was current under the regs, but to us his comment about the weather being different than in Arizona is a giveaway that he wasnt proficient on instruments, probably because he hadnt flown much actual IFR. He might have been current, but he wasnt proficient.