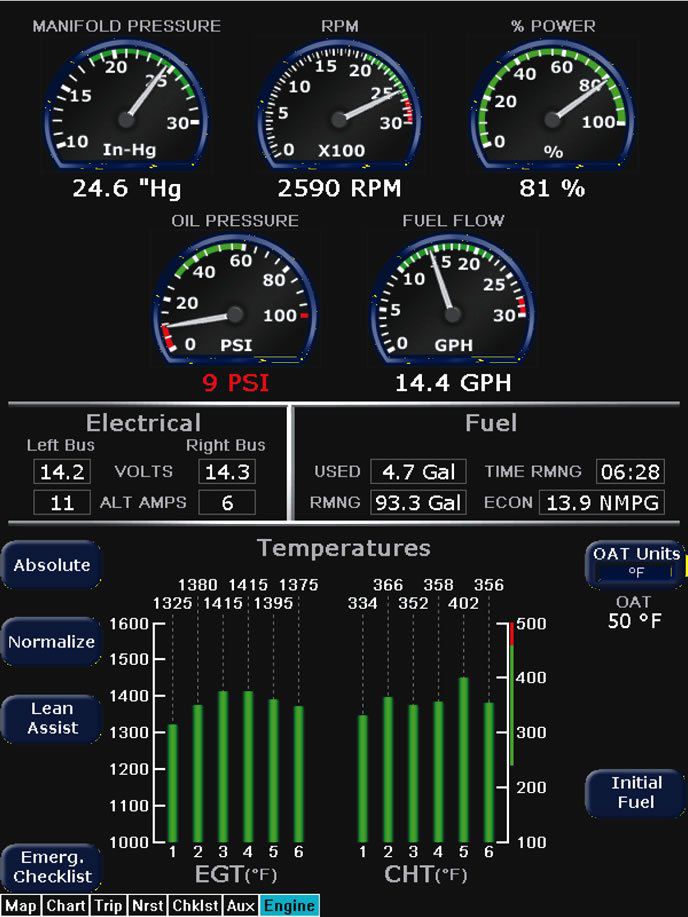 According to the NTSB, Data downloaded from the primary and multifunction cockpit displays indicate that the engine began steadily losing oil pressure during the airplanes initial climb until it leveled off at a cruise altitude of 5000 feet msl. Data suggest that, at that time, the pilot leaned the fuel mixture for cruise flight. Although the pilot could have detected the decreasing oil pressure at that time, [s]he did not report a loss of fuel pressure and engine power to the air traffic controller until about six minutes later. Data also indicate that there were multiple additional indications and cues of a loss of engine oil pressure in the cockpit but that the pilot did not respond to these in a timely manner…. The pilots delayed recognition of the drop in engine oil pressure was likely the result of a breakdown in her instrument scan, specifically, her systems monitoring during the climb and initial cruise phases of flight, during which time, her attention was likely directed at airplane control, power management, and navigation.