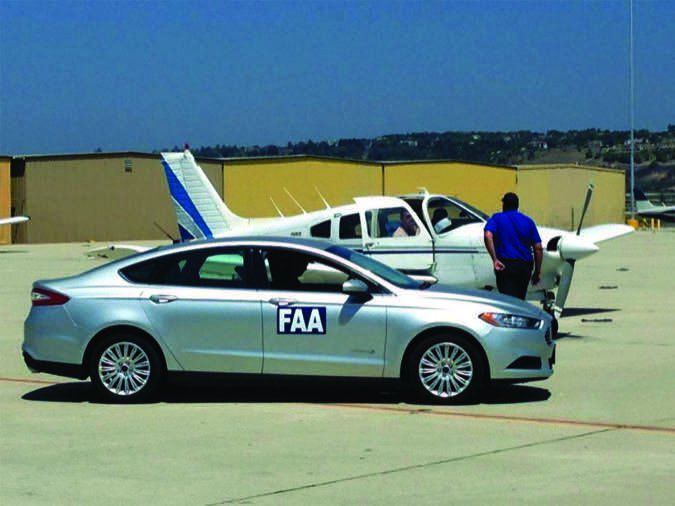 Pilots have been complaining about FAA regulations (and those of its predecessor agencies) since the first aviation rules were issued in the 1920s. A lot of that complaining stems from the aviation media constantly bombarding us with horror stories of over-regulation and how it’s killing general aviation. The reality is very different, at least for pilot certification under FAR Part 61 and flight operations under Part 91.

These regulations represent bare minimum standards and cannot ensure safe operation in the real world. For example, they allow us to fly fatigued, to fly instrument approaches in zero-zero weather and to take off in those same conditions. Meanwhile, most commercial operators are prohibited from landing or taking off in weather that poor, and also must comply with crew rest rules. The challenge for most of us is deciding when the FARs’ minimum standard are enough, when they’re not and what is a suitable replacement.

Near the end of my FAA career, I attended a system safety course developed by the FAA Academy in Oklahoma City. I’ll always remember a slide in the course book, which I quote here in its entirety: “An operator may be in compliance with the regulations and still conduct unsafe operations.” To emphasize this point in the real world, consider the following example.

Imagine you are planning to fly your high-performance single-engine aircraft at night under IFR in solid instrument conditions IMC. Your goal is to transport yourself, your spouse, and your two young children to your parents’ 50th wedding anniversary the next day. The flight will take about four hours.

You are instrument-rated and current under the regulations, but your last instrument approach was conducted five months ago, on an approved simulator. Your last flight of any kind was 11 weeks ago. The aircraft has a single nav/comm, transponder, one alternator and a vacuum pump powering the attitude and heading indicators. It has no autopilot.

The weather over your entire route is 200-and-a-half or worse, with moderate turbulence. You have a single legal alternate with the required 600 and two and enough fuel to get to your destination and the alternate, plus a 45-minute reserve. Do these conditions bother you?

They should and, yes, it’s a trick question, but this flight is perfectly legal under the FARs. What’s truly disturbing is the number of pilots who would attempt such a flight and the number of fatal accidents resulting from pilots attempting flights with similar conditions. Some of the reasons this hypothetical flight is not a good idea are summarized in the sidebar above.

What’s Wrong With This Picture?

There’s a lot to unpack when considering the theoretical example posed in this article’s main text of a pilot and airplane barely meeting minimum requirements for a lengthy IFR flight. Even though the proposed operation is legal, it’s risky. Here’s why.

We don’t care how good you are, hand-flying an airplane on instruments for four hours in turbulent conditions will wear out any pilot. And as we fatigue, we make mistakes. An autopilot would minimize this risk. Loss of control is a real threat, but certainly not the only possible adverse outcome.

The single-point failures posed by the alternator and/or vacuum pump could lead to all kinds of mischief. And there’s also the potential for complete loss of the single engine’s power. Anyone flying a single-engine piston aircraft at night when the ceiling is near the ground should at least consider that risk.

Even if the pilot doesn’t get fatigued or suffer a single-point equipment failure and maintains control until approaching the destination, the very low IMC weather and poor night visibility could set up a controlled flight into terrain (CFIT) accident before reaching the runway.

Compliance with the currency requirements in FAR 61.57 provides little assurance that you have the necessary proficiency to operate under all conditions. Consider the following examples of how those minimum currency requirements can come up short in providing you with adequate safety margins.

The daytime currency requirement of three takeoffs and landings within the preceding 90 days only scratches the surface of your ability to operate safely. I found in my own situation, as a pilot with nearly 10,000 hours, that I can knock the rust off rapidly after having not flown for six months. However, I found that was not the case when trying to operate modern avionics and manage workload in a busy ATC environment, two very perishable skills. Even in good daytime VFR, there’s more to flying a long cross-country in a piston single than just being able to use the airplane again after a landing.

The nighttime currency requirement is another matter entirely. The visual cues at night are far different from those when the sun is up, and all night operations are fundamentally different from daytime. Most pilots have far less experience at night—for any number of reasons—and three full-stop landings doesn’t begin to explore the differences.

Instrument flying, of course, is another perishable skill, and the minimal currency requirements in FAR 61.57 do not ensure you can safely operate in all instrument conditions. My article in the March 2017 issue on IPC scenarios is a good place to start reestablishing instrument proficiency, but being able to fly an ILS to within a couple of dots is not remotely the same as hand-flying instruments in turbulence for four hours.

All of that said, proficiency shouldn’t be your only pilot-related risk concern. Your medical fitness also is crucial, and there are numerous potential hazards to consider in this arena. The only regulation that governs this is Section 61.53, Prohibition on Operations during Medical Deficiency, which ties your fitness to fly to meeting the standards for the medical certificate established in Part 67. However, fitness to fly is more complicated than those standards. And with the implementation of the FAA’s BasicMed medical certification—which seems to be both more and less onerous than obtaining a traditional medical certificate—pilots are on their own even more. None of these hazards and potential risks should be ignored. Remember that aeromedical risk factors have figured prominently in many fatal accidents, even if you don’t hear about them as a causal factor as much as, say, losing control or running out of fuel.

FAR 91.151 requires the bare-minimum fuel reserve margin of 30 minutes (45 minutes at night and 20 minutes in a helicopter). Remember also that it’s based on the amount that you calculate before the flight. Any adverse condition, such as stronger headwinds, could reduce even this margin before you leave the ground.

Meanwhile, FAR 91.167 provides for more robust fuel reserves than under VFR, but you could still come up short. Remember also that it can take more time to divert and get on the ground under IMC conditions than on a CAVU day.

Flights in IMC conditions should be conducted with avionics redundancy, although FAR 91.205 does not require it. The fictional example starting off this article illustrates the potential hazards of any single-point failure, whether it’s avionics or supporting equipment, such as alternators or vacuum sources, or the lone powerplant itself.

Weather, terrain, nighttime operation, airspace, airports and ATC are perhaps the greatest sources of risk posed by the environment in which we operate. Again, the regulations can enable such risk unless pilots consciously perform risk management to determine the real safety margins required to operate safely. Consider the following examples.

Preflight action: Section 91.103 requires pilots to “… become familiar with all available information concerning that flight.” It otherwise imposes no restrictions upon the pilot. Prudent pilots will go beyond this minimal requirement and add appropriate margins to parameters such as takeoff distances (see my article from May 2017, Creating Performance Margins).

Minimum safe altitudes: Section 91.119 allows us to fly as low as zero feet over sparsely populated areas. Flying low may give a great view, but it must be done with the recognition that terrain and other obstacles can be unforgiving and that more space between you and the ground provides options.

Basic VFR weather minimums: Section 91.155 provides only the barest of minimums for safe flight under VFR. The standard 1000 and three can even be as low as one mile and clear of clouds in certain airspace. My summary of such risks is that, except possibly for flights in the pattern, the regulatory VFR weather minimums are hazardous for most pilots, most of the time, in most locations.

Special VFR: Section 91.157 creates a category of hazards in its own league. Operating in conditions of one-mile visibility and clear of clouds, even with an ATC clearance, should only be attempted, in my humble opinion, by proficient instrument-rated pilots who have thoroughly analyzed the risks of each circumstance where they are contemplating such an operation and with concrete mitigations to manage the risk.

Takeoff minimums: Section 91.175(f) gives instrument-rated pilots of most Part 91 operations the privilege of taking off when the ceiling and visibility are zero. If you are contemplating doing so when these are the actual conditions, I urge you to reconsider and carefully assess the risks you may be taking. Technology is now becoming, like the regulations, an enabler of risk. You may believe that these kinds of operations are less risky for those fortunate enough to have cockpit technologies such as synthetic vision. I don’t deny the advantages of such capabilities, but risk management must still be your first line of defense.

I need not dwell on examples of regulatory-enabled risk due to external pressures. These business, personal and family-related pressures are often subtle and usually lead pilots to ignore other risks.

Your best mitigations for reducing external pressure-generated risks are to begin planning far in advance for any upcoming flights, so that you have options. Our fictitious family that I described earlier is more likely to live long and prosper if the pilot considered leaving a day or two early or buying airline tickets for the journey to his parents’ anniversary.

After mulling over this heretical concept for a few days, I was struck by the irony that I, as a senior FAA executive, could even have such wicked thoughts to myself. Coming to my senses, I recognized that my thinking had drifted too far and was not an accurate adage for one simple reason. It’s not professional.

Yes, I am indeed advocating that all general aviation pilots should fly and act as professionals, even if they’re not paid to pilot an aircraft. That means that you always comply with the regulations, regardless of your opinion as to their effectiveness. We should think of the FARs as a floor—a minimum standard—for safe operation. Your job as a pilot is to determine how far you should exceed the regulatory minimums to ensure safe operation.

Robert Wright is a former FAA executive and President of Wright Aviation Solutions LLC. He is also a 9700-hour ATP with four jet type ratings and holds a Flight Instructor Certificate. His opinions in this article do not necessarily represent those of clients or other organizations that he represents.