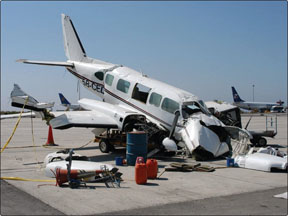 It may not be blatantly obvious, but in the realm of flight training, at least, were living through the beginning of another upheaval of sorts. Along with the more promising changes such as Free Flight, advances in avionics, or the new Sport pilot certificate and associated aircraft-along with the more discouraging aftermath of 9/11, the increasing specter of user fees or the graying of our fleet-there is also another adjustment afoot. It involves embracing-which implies understanding and implementing-advanced risk management concepts.

It is only within the last two or three years that this change has begun its long-overdue transition from being confined mostly to the level of perception to the point where standards have been developed and expectations exist. As a consequence, activities within the risk management arena now take place with better understanding and acceptance. Call it a new age of realism.

Why Rethink?
The term risk management isnt an oxymoron, although I will admit to feeling both manipulated and exploited the first time I heard the term.Despite my initial reaction-I felt it was something foisted on us by an over-caffeinated public relations team-the expression isnt some scrap of spin-doctor propaganda.

Perhaps without knowing it, weve been discussing risk management-in the context of aviation safety-since 1903. Sometimes, we discuss it explicitly and, although we generally put things in a positive light, we try not to sugar coat it. But sugar coating is exactly the psychological backdrop that has been imposed on the pilot population for decades, partly in the name of profit. (After all, if you mention the inherent risks of flight to prospective pilots, if you openly acknowledge a public perception of risk, well, that can open up some pretty strong emotions and there just might not be as many prospective pilots.)

To be fair, the sugar-coating-maybe a better term would be institutionalization-of risk management has been partly due to the growing volume of required knowledge, plus the bureaucracy needed to regulate and support it. Nonetheless, the entire aviation industry came to over-emphasize two of the four components of airmanship, namely skill and knowledge, at the expense of judgment and experience.

Thankfully, some folks at the helm of the flight training industry smelled the coffee: John King himself was one of the first, several years ago, to make the wake-up call to everyone involved in aviation education to better acknowledge risk, to expose students to a wider range of anticipatory situations requiring risk management skills and to increase the emphasis on flexibility, internalized in advance, for decision-making.

Why do I bring this up? Ill be honest. Im probably no different than many of you: I absorb all I can about flying. When Im not doing it, Im either thinking about it, or reading about it. What I experience, see happening in front of me, hear or read about all become my cue cards for sharing my thoughts, opinions and reactions with you. And I didnt have to venture very far afield to come up with something to shout from this podium.In this case, it was right in the pages of a popular aviation magazine.

Enter The FAA
As part of this new age of risk management realism, the FAA is beginning to test our judgment, in addition to our knowledge. Their philosophy has always been something along the lines of if you test it, people will teach it and, unsurprisingly, it works.

Not long ago, pilot applicants started to see questions dealing with safety of flight decisions mixed in with the others on their knowledge exams.In addition, the Practical Test Standards are also including tasks covering risk management. Theyve even included the acronyms for aeronautical decision making and risk management, ADM and RM.

The FAAs reference document for such questions in fact was supposed to be written by King Schools, and it is supposed to present flying as-gasp!-an inherently risky activity. Also the FAA has been developing written-exam questions dealing with newer technologies, such as GPS and autopilots.

Another perhaps more familiar acronym, FITS, is one that Im sure most of us have seen by now. In that same publication, there was an equally startling article describing a recent study concluding that the advent of technically advanced airplanes-known as TAAs-without similar advancements in training, will not make flying safer at all.

Note that the FAA defines TAAs as being any that have at least an IFR-certified moving map GPS driving an integrated autopilot. In fact, airplanes having potentially greater safety might actually be less safe. It oftens depends on how theyre operated. And by whom.

Decide To Decide
Just why is this so? Its simple. The least dangerous types of accidents (those resulting in minor injuries and damage, such as during landing) are usually skill-related, and the most dangerous types, such as weather and maneuvering, and which often result in fatalities, are more decision-related.

Think about that. The implications are profound. What that means is, dont just learn the right skills; you should also learn to make the right decisions! Thats all well and good, but even though were obviously all stakeholders here, it still makes for only a lukewarm pep talk as far as getting ourselves psyched up about doing risk management.

What else is involved? Volumes can be written (and they have) about the methodology. How well we might mitigate against our own fallibility is determined by how well we can assess the hazards associated with any phase of a flight, and eliminate all that are unnecessary. So I guess the FAA has figured out that if all these good people keep dying, why not teach more about making better decisions? In the coming age of realism, this is what will probably change.

What About Experience?
Dont get me wrong; skill and knowledge still matter. Currency and proficiency in both the mental and the motor skills of flying are still important safety factors. Tasks with the greatest skill loss over time such as short-field and crosswind takeoffs and landings, traffic pattern operations, and navigation do require routine repetition. The very items that we can annually target in the few hours of instruction under the WINGS program (air work, pattern work, and hood work) are precisely those items most involved in accidents.

But…what can you do to improve your risk-management quotient? Train more, obviously. Fly with a CFI more often. If you are a CFI, try to train more proactively in terms of real-world decision-making experience regarding weather. For example, consider that relatively little flight instruction is devoted to cross-country flying, where our weather decisions are made. Pilots learn about weather, but not how to apply that knowledge.

Another thing you can do is become more goal-directed regarding improvement of flying abilities and knowledge. Go for more ratings. And the easiest of all is simply to do more of what you already do: thinking more about flying. More than this, reflect upon each flight you make. After all, experience isnt just what youve done or what happens to you; its what you think about what youve done or what has happened to you.

Dont Just Sit There
Flying is fun; flying is rewarding. But flying is dangerous. There is a certain caption on a well-known and often marketed photograph that shows an early 20th century airplane that had obviously been crashed into just about the only tree in the middle of a wide open field. Paraphrased, its advice is the following: Aviation, even more than the sea, is tremendously unforgiving of any carelessness, incapacity, or neglect. Dont like that one? Heres another.

When I was a kid, a police officer came to our elementary school auditorium to talk to us about bicycle safety. He asked us all if we knew what the single most dangerous part of a bicycle was. Several brave souls offered their opinions. No, the officer said; its the nut on the seat. So, yes, a good pilot is always learning, but a good pilot is also always thinking.

Also With This Article
“Skill? Knowledge? Or Daring?”
“The FAAs Approach”
“The Preflight Zone” 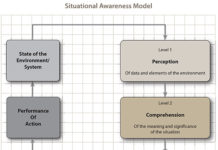 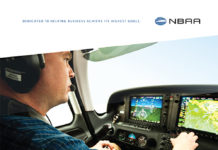 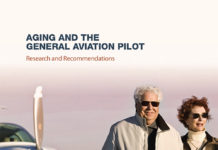 We’re Not Getting Any Younger