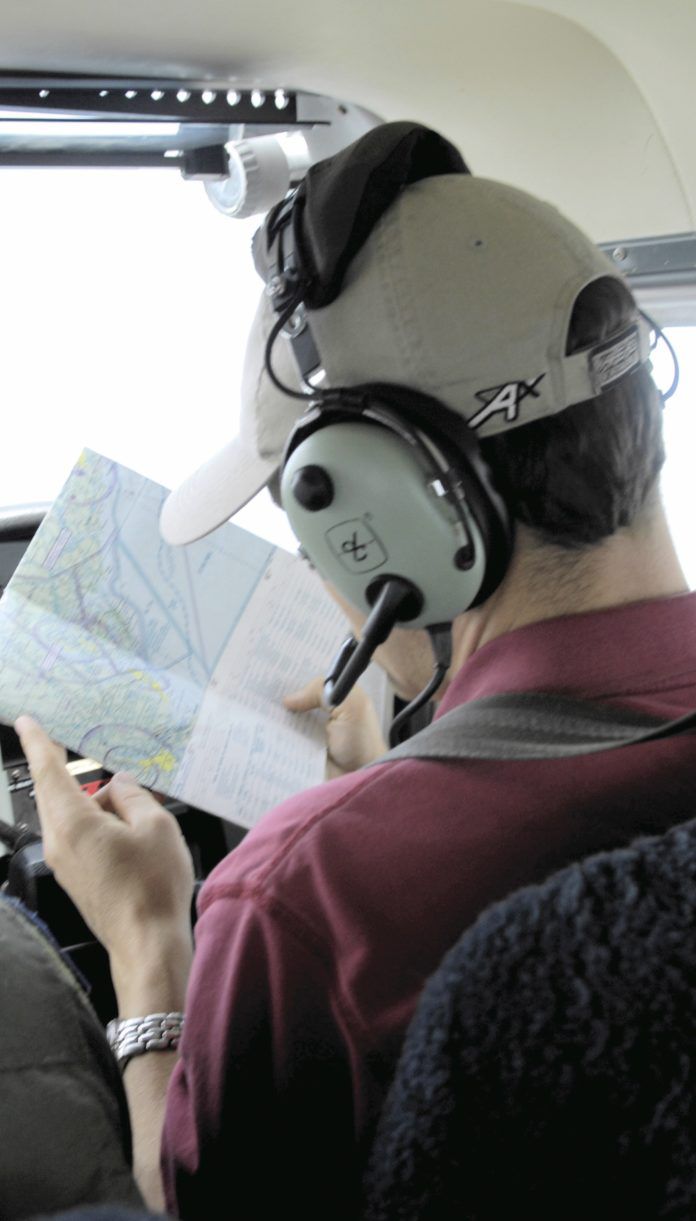 If you’re like me, one of the first goals I assigned myself after earning my private pilot certificate was to add the instrument rating. For other pilots, VFR-only flying may be where adding certificates and ratings stops but the education continues. The daunting task of putting trust fully into your instruments and air traffic controllers is a bridge some pilots won’t cross. But in the natural progression of pilot certificates and ratings, adding the instrument rating is a common goal after getting through the private checkride.

Getting the instrument rating was challenging, not least because of the need to find ways to come up with the thousands of dollars required. I had the time to fly as much as possible but it soon became apparent I needed to cut costs and extract greater value from my investment. In short, I needed to maximize my flying experience. On raising these concerns with my flight instructor, he explained what a safety pilot was and how one can be beneficial when training for the instrument rating, not to mention keeping it current afterward. 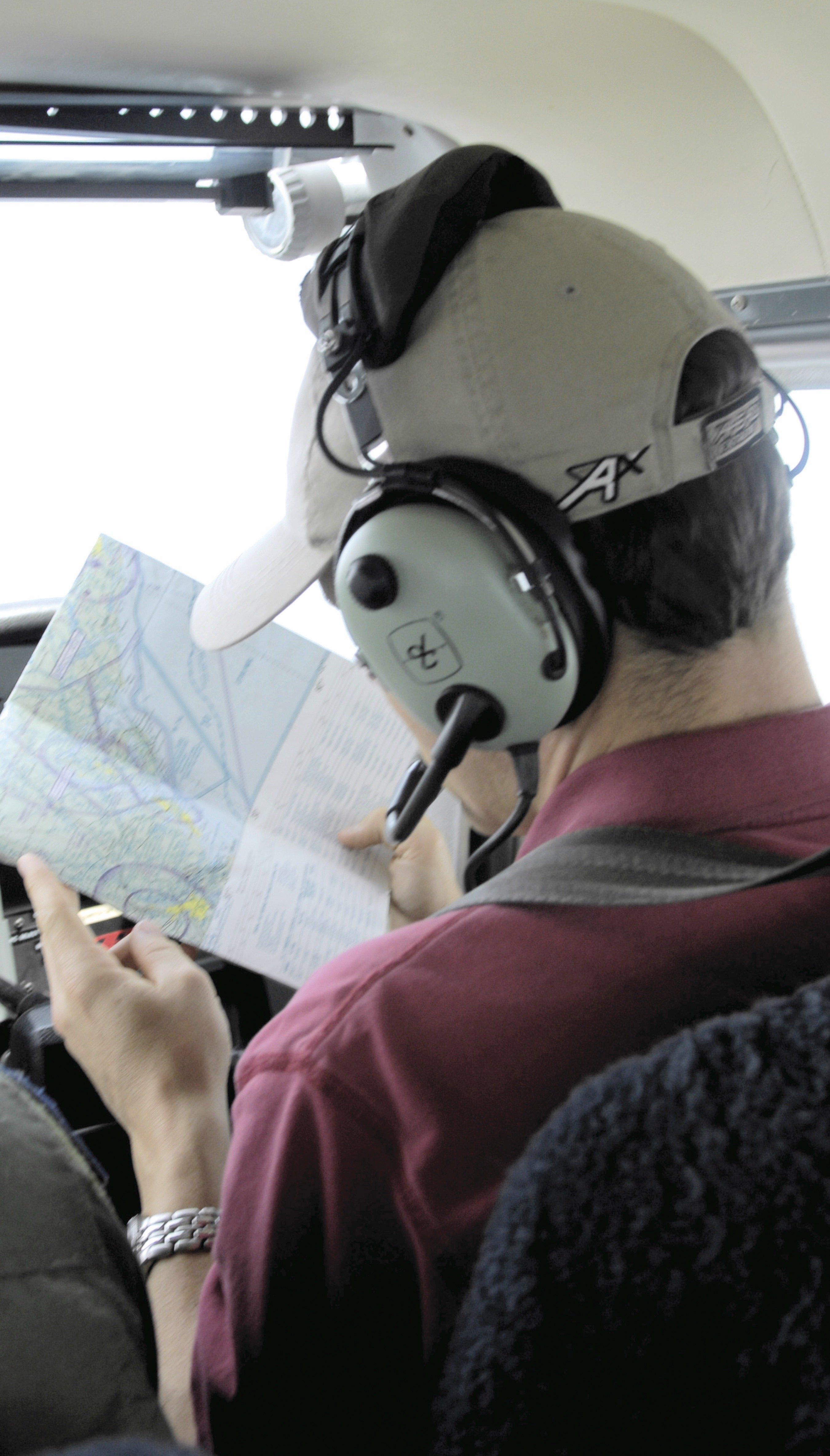 At the outset, let’s agree on what a safety pilot is. This is a pilot who typically sits in the right seat while the pilot flying is using a view-limiting device or “hood” to simulate instrument flight. The safety pilot’s main purpose is to make sure the pilot simulating instrument flight does not conflict with other aircraft, terrain or weather while abiding by all regulations-such as cloud-clearance requirements-to conduct the safest flight possible.

A safety pilot is not someone who can give flight instruction. Of course, a safety pilot may not give or log flight instruction time if they do not have the proper certification to do so. However, since both parties in the aircraft being flown are pilots, it does not hurt to share the knowledge one has obtained. Keeping other pilots informed and sharing tips and tricks is beneficial in developing the culture of safety and efficiency as pilots.

Generally, the pilot simulating instrument flight may log the time he or she is using the view-limiting device as pilot-in-command and simulated instrument time. The safety pilot may log as second-in-command time those portions of the flight during which the PIC was using the view-limiting device. In some situations-e.g., the safety pilot is instrument-rated and the flight is conducted IFR, for which the other pilot is not rated-the safety pilot may log the flight as PIC because he or she was acting as PIC. Remember, acting as PIC and being sole manipulator of the controls are two different things.

Remember that simulated instrument flight must be done in VFR conditions, otherwise it’s IFR. Until you earn the instrument rating, it doesn’t make much sense to fly on instruments even when flying on someone else’s instrument rating because you cannot log the flight time. Finally, an extra entry into the logbook for the pilot simulating instrument flight is the name of the safety pilot, which must be included with the flight’s records, usually in the remarks column. If in doubt, consult the FARs, ask your flight instructor for their interpretation or talk with your local FAA office.

Pick all, Pick one 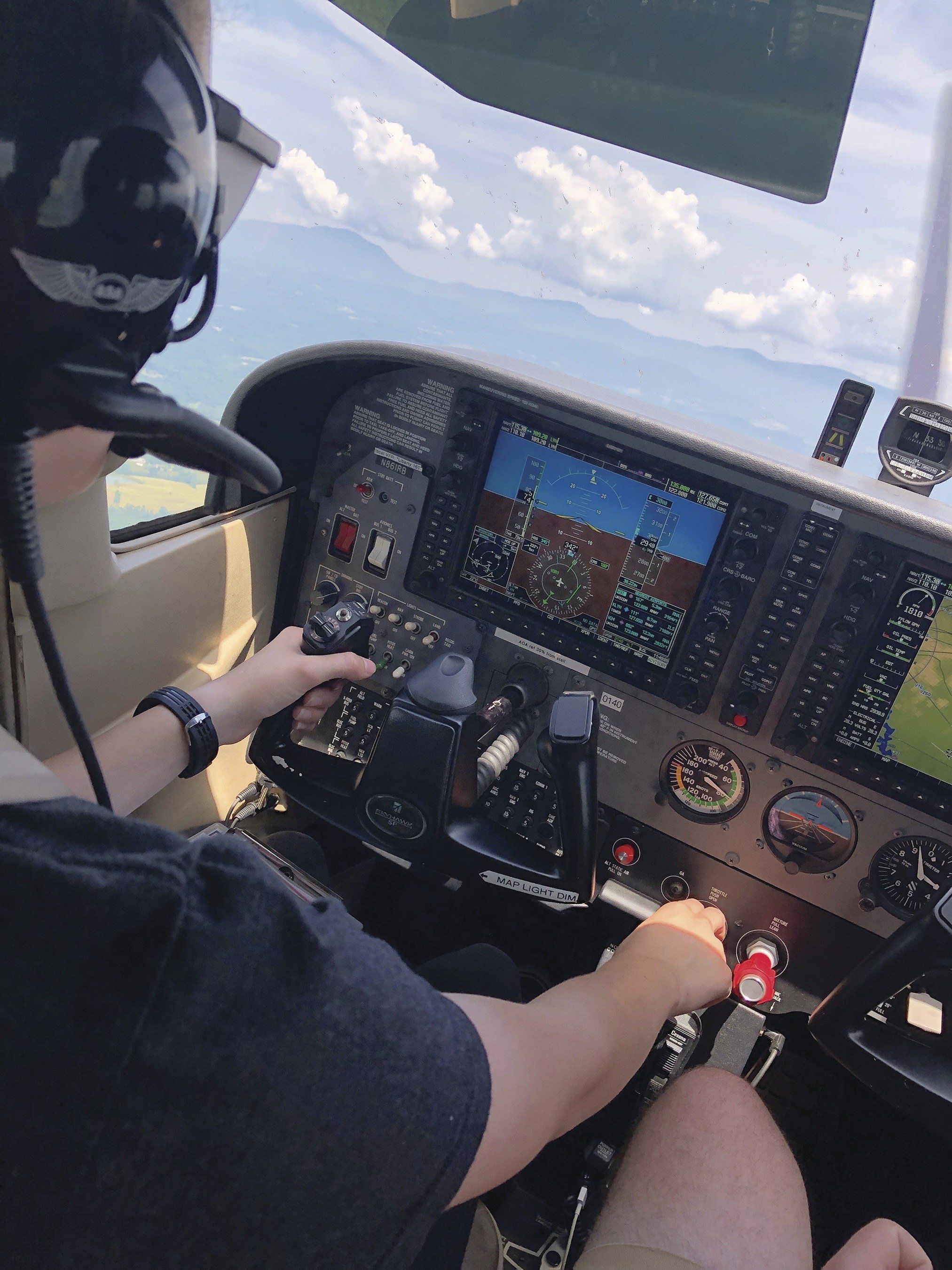 After discussing my need for a safety pilot with my instructor, I posted a flyer on my local flight school’s bulletin board offering to help other pilots, instrument-rated or not, gain flight time and share experiences. The operating experience and simple exposure to different situations meant acting as a safety pilot was a big help in cutting down the cost and time it took me to obtain enough hours to go for the next rating. My next step was to determine who should be my safety pilot.

A lot of factors can come into play, including age, experience, availability, flight-school recommendations, personality and proficiency. For the flight to be beneficial for both pilots, it is highly recommended that it be conducted under VFR. This potentially allows both parties to log the flight time since there is no IFR flight plan, which would mandate that the left-seater couldn’t log the time because it would be an operation for which he/she is not rated.

Personalities can clash. If you are a younger pilot, it may not always work to have an older pilot fly with you. A younger pilot may want to be more adventurous than an older pilot. An older pilot, however, may be much more experienced, and will willing to share some of it. Lack of patience, on the other hand, coupled with different flying experiences may hinder a productive flight. Try flying with someone to see what their skill level is before committing to regular safety-pilot flying. Some pilots fly drastically different than others and it important to see if you would get along with a particular person.

Asking around the flight school will greatly increase your chances of finding someone who is interested in splitting time with you, and vice versa. Flight schools know who a good renter and pilot is and, believe me, the instructors talk among themselves about their students.

Second, proficient pilots tend to frequent flight schools. Those who hang around for the hangar flying also offer lessons: Avoid as a safety pilot those who talk about their risky or even unsafe flying. The purpose is safety, not what you can get away with. Do not hesitate to refuse to fly with a pilot if you deem them to be unsafe or not up to par. This is your money that you are spending for the flight and you want to get the most out of it.

Third, look at pilots who are familiar with local procedures and have knowledge of the area. Being an air traffic controller, I have a few pilots who come to me for questions about local ATC and flight following, or even instrument procedures. Knowing the process of what is going on behind the scenes helps all pilots. Knowing the airspace and terrain is also helpful to a pilot under the hood. Explaining local weather systems and how it will affect the flight will give valuable information during the flight.

Fourth, a pilot who pays attention to the radio and has exceptional situational awareness is the bread and butter for what you should be looking for. It is an uneasy feeling knowing that your safety pilot is looking out the window daydreaming. Both pilots should be aware of what is going on and keep up with flying the airplane. Remember, both of you in the cockpit are there to achieve a goal and not to stress one another out.

Before getting near the airplane, it is good to go over each pilot’s responsibilities. This is done based upon each pilot’s skill level and to adopt a verbal agreement in case of anything goes not as planned.

Some pilots I have flown with split the responsibilities: The safety pilot is responsible for traffic, weather and terrain avoidance, while the pilot handles the radios and navigation-and keeps the shiny side up. Have a plan in case of an emergency, such as an engine failure on takeoff or when flying over mountainous terrain. Set clear expectations. Not only is this safe practice but it at least makes you look like a competent and serious pilot.

Also important is to understand who is flying the airplane. Refer to the sidebar on the opposite page for the positive exchange of controls procedure.

Finally, recall that the safety pilot’s role is…safety. Clearly go over what steps the safety pilot should take to bring potential problems to your attention. Also agree on circumstances that warrant the safety pilot taking immediate control. Set clear expectations, make sure everyone is in on the plan and then execute the plan.

Back on The Deck 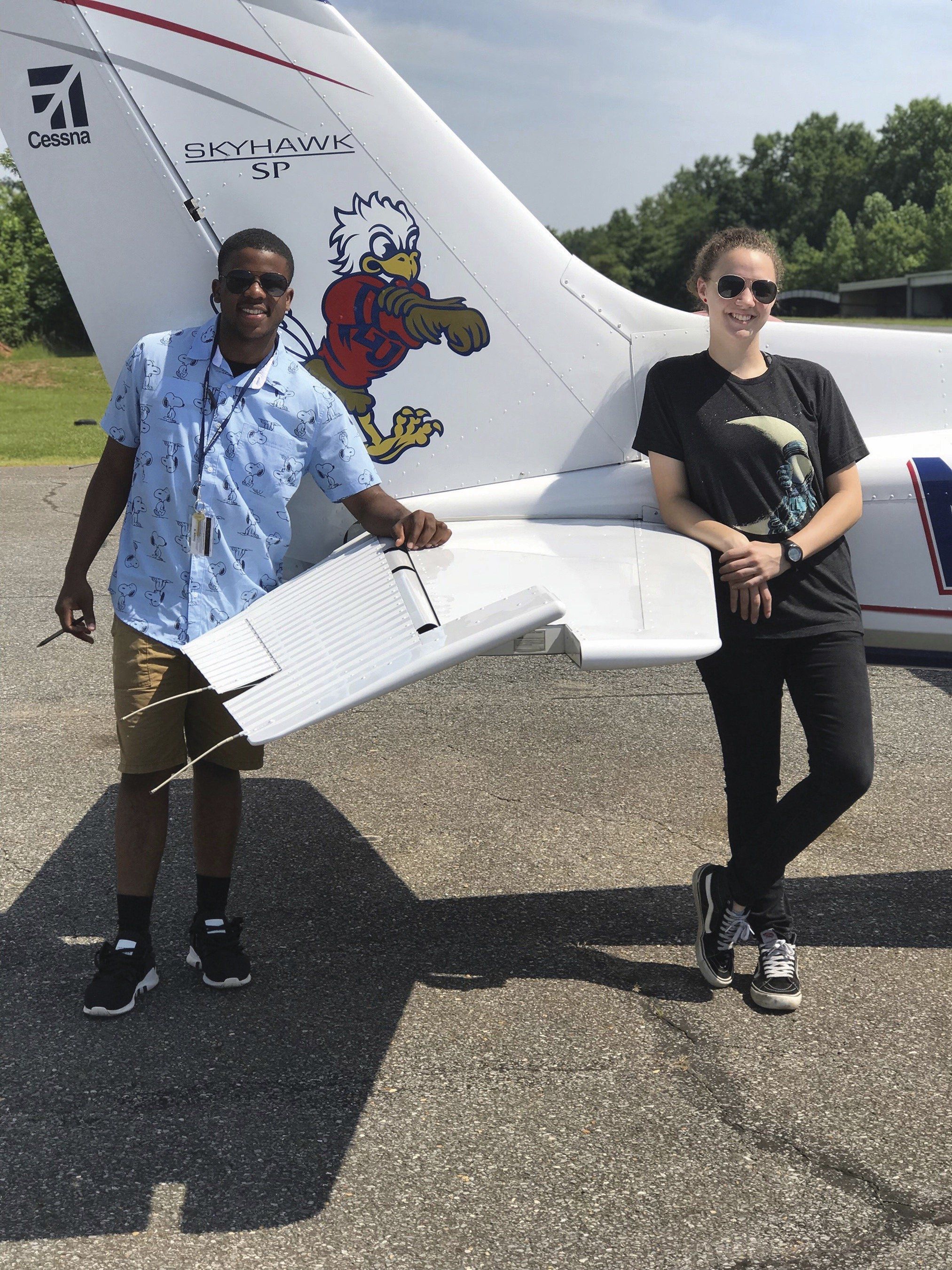 Once on the ground after a flight, it is always a good practice to debrief with the safety pilot, which often happens in the FBO’s lounge. Items to discuss include safety issues with the plane or pilot, radio communications, areas of confusion and what could be done better next time. You will be surprised what another pilot will pick up on while watching another individual fly. Constructive criticism should be embraced to help you improve your skills, not only as a pilot but as an aviator.

Financing your flights is always in the back of every new pilot’s mind. Who pays for what? The safety pilot is not necessarily the passenger, so regarding the regulations, they cannot be considered a passenger. One practice is for each to pay their fair share of pilot-in-command time logged on the flight. In most instances, the aircraft owner or renter usually pays for the flight since they have asked you to sit in the right seat and be the safety pilot.

Choosing a safety pilot, the responsibilities of each pilot and how splitting the flight time among logbooks works are some of the keys to helping earn the instrument rating, and keep it current after the checkride. It truly is a cost-effective method for getting your instrument rating.

Even if you’re not working on your instrument rating-perhaps you have a brand-new private certificate, or just got legal again after taking a years-long break from flying-having pilot-friend who can ride with you as a backup can only be beneficial. The point is, you can apply the simulated-IFR safety pilot concept to VFR-only flying. Safe flying!

The FAA’s FAR 91.109(c) provides the regulatory requirements for a safety pilot when simulating instrument flight. According to the AOPA, those requirements break down as follows:

• Must be at least a private pilot.

• Must hold the category and class ratings (e.g., airplane, single-engine land) for the aircraft flown.

• As a required flight crewmember, the safety pilot must have a current medical certificate, including BasicMed.

• Must occupy the other control seat (normally, although not required, the right or “copilot’s” seat). 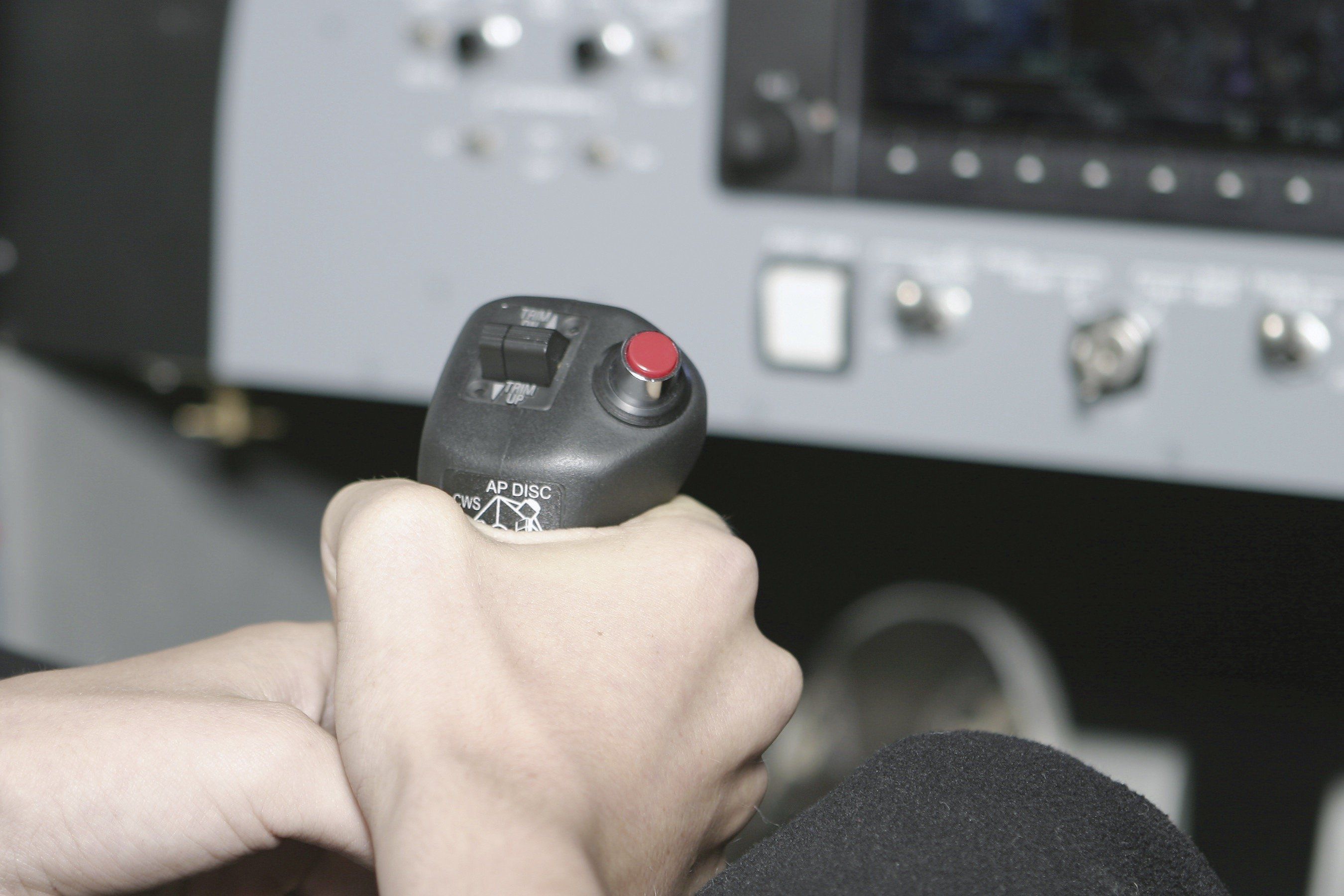 According to the FAA’s AviationInstructorHandbook, FAA-H-8083-9A, “Numerous accidents have occurred due to a lack of communication or misunderstanding regarding who had actual control of the aircraft, particularly between students and flight instructors.” To formalize exchange of controls and confirm (or establish) expectations, the FAA developed what it calls the Positive Exchange Of Controls Program. It has three steps:

You’re expected to know this procedure on checkrides, and it has great value anytime there are two pilots in the cockpit. – JB