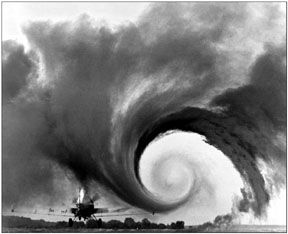 On a beautiful autumn day in the Northern Rockies, the Beech T-34s pilot was returning to the scenic McCall, Idaho, airport after a two-hour flight.He began monitoring the CTAF a little over five miles from the airport and sequenced the airplane into traffic on a left downwind for Runway 34. He was following an Aviat Husky. Descending on final, the pilot noticed the Husky had slowed considerably before touching down right at the runways threshold.

The pilot continued the approach, but the Husky was slow on exiting the runway before he touched down, so he decided to execute a go-around. Just as he added power, the T-34 rolled to the left and the aircraft lost about 50 feet of altitude. The pilot struggled to get the wings level and stop the altitude loss, but immediately thereafter the aircraft rolled to the right and fell another 20 feet onto a gravel blast pad about 200 feet short of the runway. The NTSB determined the pilot failed to take adequate remedial action in an attempt to fly out of an encounter with the wake vortex turbulence created by a preceding aircraft while on short final to land.

This isnt the first pilot who has fallen victim to a wake turbulence encounter, and he certainly wont be the last. The surprising thing about this accident is the ability of relatively small airplanes like a Beaver or Husky to generate a wake sufficient to roll a T-34.

Good News, Bad News
For the record, 130 aircraft accidents and 60 aircraft incidents in the U.S. were caused by wake turbulence between 1983 and 2000. The relatively good news is that only 14 were fatal. The bad news is that even an MD-11 suffered substantial damage from wake vortices. If a wide-body transport is susceptible to a wake vortex encounter, consider what that means for those of us who like to fly around in much smaller aircraft. And what about the wakes generated by smaller aircraft, like a King Air or Caravan, when mixing it up in the pattern?

Of course, wake vortices are always present whenever an airfoil is generating lift. According to NASA, low pressure is created across the curved upper wing surface and high pressure exists under the wing where the surface is fairly flat. This pressure differential creates lift, but it also causes the airflow behind the wing to roll into a swirling mass and form into two counter-rotating circular vortices downstream of the wing tips.

To experience the wake your aircraft generates, go out and do some steep 720-degree turns of around 50-60 degrees of bank. If you do them right, and if you more or less maintain your altitude, youll fly through your own wake.Depending on the airplane youre using, those bumps could get enthusiastic.

Wake Vortex Characteristics
There are many parameters that affect a wakes strength and motion. For example, the position of the engine with respect to the wing has a large effect on wake vortices. The FAAs Aeronautical Information Manual (AIM) states that an aircrafts speed, weight, angle of attack, configuration and wingspan determine initial vortex strength. Slower aircraft produce stronger vortices; so do aircraft with shorter wingspans than those with longer wingspans when flown at equivalent weights. Heavier aircraft will also produce stronger vortices due to the greater lift being generated.

Why does an aircraft in the clean configuration produce more persistent vortices than a dirty aircraft? The dirty configuration produces multiple vortices, canceling some of their strength. The turbulence created by extended landing gear also enhances vortex breakdown. Also, researchers believe the in-line position of turboprop engines accelerates the air behind the engine nacelles, creating additional turbulence within the vortices, and this contributes to vortex dissipation.

Ground And Wind Effects
Early research determined that vortices descend to a height roughly equal to half the wingspan of the aircraft, decelerate and convect outward away from each other at a speed almost equal to their descent rate. However, recent research has found there is a distinct tendency for vortices to rebound to a higher altitude than previously thought after reaching the ground.

Vortices have been observed to bounce up to heights equaling twice the wing span of the generating aircraft. German investigators have noted that this bouncing effect is not an isolated event, but rather is more or less common. The practical effect is that some vortices may be present in locations where pilots may not have anticipated them.

Winds also have a critical effect on the motion of vortices. What concerns me as an airplane pilot is that very light winds create an environment in which vortices persist longer, and there can be many layers of air on final approach. We may think that the vortices are drifting in one direction when unseen winds at different altitudes may be shifting them in a completely different direction.

Almost two-thirds of the inadvertent encounters reported to NASA occurred when the winds were between three and 10 knots. Normally, wind speeds that light would hardly attract attention from a flight crew; however, light winds actually enhance the threat. Advanced research has found that a slight crosswind of up to five knots will slow the lateral movement of the upwind vortex, possibly keeping the upwind vortex in the landing path. Conversely, the speed of a downwind vortex increases in the direction of the wind, which can be a factor at closely spaced or intersecting runways. Also, the downwind vortex tends to rise as it moves downwind, placing it at a higher altitude than most pilots would expect. The longest-lived vortices are upwind-the ones sitting at the approach end of the runway in use in a crosswind-since it tends to remain in the vicinity of the runway. The quartering tailwind is the worst combination since the wake turbulence tends to remain over the runway threshold in such conditions.

Predictable?
If you believe wake vortex movement is predictable, theres one more fact you need to know. During wake vortex testing of Boeings 727, 757 and 767 models, some of the wake vortices drifted in a manner not predicted by the theories and missed the instrumentation range. In fact, testing found that the sink rates of vortices differed immensely when aircraft deployed their flaps.

The point is that like any naturally occurring phenomena, there is considerable variability in the behavior of wake vortices. When the FAA established its present separation criteria, summarized in the sidebar table (“Minimum Separation Distances”), it used the best available data on the duration and strength of the vortices.

That behavior somewhat falls into a bell curve and a certain level of risk was assumed.

Some of the more recent scientific research, using very sophisticated sensing devices, is finding wake vortex behavior (such as the bouncing vortices) that few anticipated and which computer-based predictions cant reliably replicate. Furthermore, some of the effects of aircraft design and very small changes in atmospheric conditions are still not clearly understood.

ATC And Avoidance
As most pilots would guess, the majority of reported wake vortex encounters occur during the approach and landing phases. A recent Flight Safety Foundation study found that nearly 65 percent of all incidents reported to the NASA Aviation Safety Reporting System (ASRS) occurred during this phase.Other studies have found similar results. The United Kingdoms Civil Aviation Authority analysis of 515 wake turbulence occurrences between 1982 and 1990 found that most of the incidents occurred to an aircraft on final approach between 100 and 200 feet above the runway threshold.

Years ago it was very possible for a light GA aircraft to rotate and climb above a jet transports flight path. However, in recent decades the thrust-to-weight ratio of modern jets allows them to climb at angles far exceeding the average GA aircrafts capabilities. If your aircraft cannot maintain a flight path above the preceding (heavier) aircrafts flight path, then you need to wait until the wake turbulence dissipates or consider diverting your flight path to the upwind side of the runway.

The Air Traffic Controllers Handbook stipulates a two-minute interval between departing aircraft to allow vortices to dissipate. Under some atmospheric conditions, that two-minute waiting period is overly conservative. If the winds are strong (above 15 knots) and/or the air is unstable (a lot of thermals), vortices tend to dissipate faster. Conversely, when winds are light or the atmosphere is relatively stable, vortices will tend to persist longer than considered by the current separation standards.

If you are trying to depart a busy airport and the controller appears to be clearing aircraft for takeoff in a rapid manner, give him or her the courtesy of knowing you will need the temporal spacing for wake turbulence.If you dont feel comfortable taking off closely behind other aircraft, then dont. Wait for the wake turbulence to drift out of your takeoff path. If there is a slight crosswind, consider asking permission from the controller to deviate left or right for avoidance.

The primary responsibility for wake turbulence avoidance still falls squarely on the pilot. For many of us who have experienced an inadvertent wake encounter, take our word for it: This environmental threat is best given a wide berth.

How Big Is It?
As you would expect, about three-quarters of all wake encounters involve a lighter aircraft flying behind a heavier aircraft. However, Ive often been asked, Gee, I was landing my Skyhawk behind a Cherokee last week and I swear I hit his wake turbulence in the flare.The pilot was rather surprised to learn that an aircraft of comparable size does produce a wake that certainly needs to be considered in flight operations, particularly when close to the ground during takeoffs and landings.

Of course, the basic characteristics of wake vortices exist for all airplanes, large and small. And, while its likely the ride down final in your Bonanza behind a 152 will be smooth, tucking closely in behind, say, a Hawker or even a straight-wing Citation could get interesting.

Do GA pilots need to be cautious when trailing aircraft of similar size? The obvious answer is an unequivocal yes.