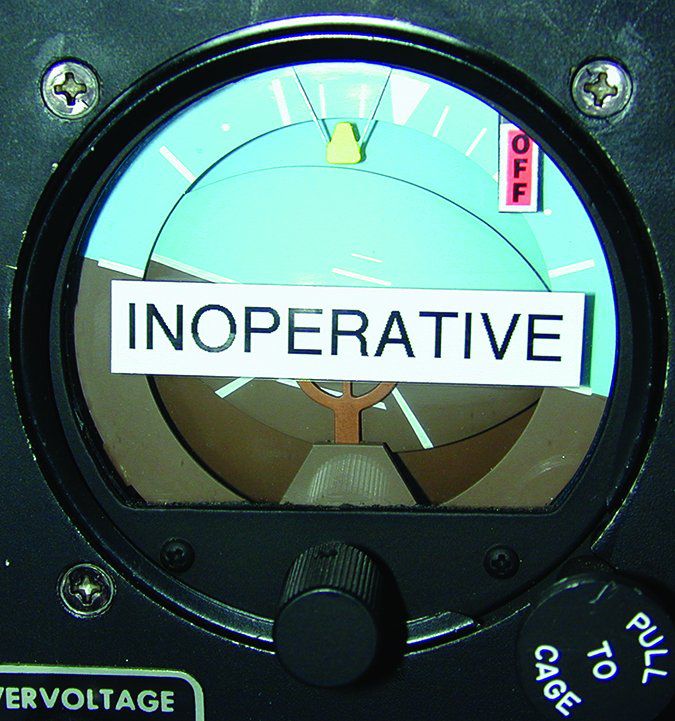 One of the more common complaints heard when pilots gather is that someone’s spouse and kids won’t fly with them or “don’t like flying in little airplanes.” The person issuing the lament insists he (it’s almost invariably he) can’t figure out why. Often the reason is he has scared the bejabbers out of his family members at least once and has displayed absolute cluelessness when it comes to making the flight an enjoyable experience. In some cases, the things the pilots do are perfectly safe, but they don’t realize that their passengers don’t understand what is happening and get scared.

In looking at specific things pilots do to scare their passengers, the underlying problem usually turns out to either be lousy communication by the pilot or failure to consider passenger comfort. It also can be a simple misunderstanding: In one case, a spouse who regularly spent time at the airport with her husband—and was willing to fly with anyone except him—explained she thought her husband was a poor pilot because he always “had to read the instructions” and others she flew with didn’t. Once the FBO manager (a woman pilot) explained that her husband was actually a very good pilot and that using a checklist was a good thing, the problem was solved. If only all were that simple.

In general, there is nothing wrong with running a fuel tank dry on purpose, at altitude, in cruise. It isn’t going to suck any impurities, dirt or small children into the fuel lines. There are legitimate times in which a pilot wants to run a tank dry. Switching to a tank containing fuel and turning on the boost pump (if the POH/AFM calls for it) usually means the engine gets noisy again once the air in the lines is replaced by fuel. While it can take a fair amount of time in some circumstances (and it may be over a minute—worst case—in a few airplanes), it’s usually not a big deal, technically.

From the point of view of a passenger as the engine cuts out, it’s bloody terrifying. A seasoned pilot—well, one seasoned enough to run a tank dry on purpose—has been through it all before and is in control of the situation. In fact, being “in control” is hugely important to your passengers.

That’s because the typical passenger is not in control, and it’s a heck of a long way down, so that loud silence up front, even briefly, is no fun whatsoever. One of the very worst fears we humans have is of falling. So, where are our passengers, those humans with virtually no control over their fates? Way up high. And you, the pilot, are in charge, and allowing the engine to quit. Think how that makes them feel about you.

When carrying a passenger, do what you can to avoid running a tank dry. On those rare occasions where you need to do so—and it had better be rare otherwise something is really wrong with your flight planning—let your passengers know well in advance. Tell them what is going to happen. Explain why. Don’t do it over water. Then, when the engine first coughs, change tanks right away. Get it running smoothly again and apologize for doing something that scared them.

Family members have told me there were numerous times the pilot had done something in the airplane that didn’t make sense. Some times he’d use extra flaps on takeoff and pull up at a steep angle, would change altitudes suddenly, start demanding things from the controller or fly through clouds that were bumpy rather than climb over them or go around them.

When I talked with the passenger about the extra flap and pull up on takeoff, it turned out the pilot was appropriately performing the short-field takeoff procedure from a short field. When I explained a short-field takeoff, the passenger said it made perfect sense, but that her husband never said a word about it. She watched what he did and because he was doing something different, was worried.

So talk. Before the flight, provide an estimate of the length of the flight, plus what the potty-break and food situation will be. (It doesn’t hurt anything to give your passengers an ETA about 15 minutes later than the flight will really take—then they’ll be happy you arrived early.) Mention you are doing the runup to make sure everything is working correctly before you take off. (Keep it positive; your passengers will love you for your caution and concern for their well-being—for crying out loud, don’t say you are looking for something to break.)

Explain briefly why you are using a checklist. Tell your passengers the nose will be up kind of high during the climb and that it’s necessary to bank the airplane to make a normal turn. The noise level will change when you level off and set cruise power; let them know it’s coming. Communicate with your passengers, not just with ATC.

Fiddlers drive passengers nuts. In level flight, a fiddler can’t sit still. After about 15 minutes of watching a fiddler futzing with this, adjusting that and tapping on the other thing, the passenger just wants to smack him. There may be a personality disorder involved, but no matter what, you keep your passengers more comfortable if you set things and let them be for the remainder of the flight (or at least into the descent) if possible.

I’ve had pilots tell me they try to impress passengers by constantly adjusting things. Passengers aren’t impressed. They want well-enough left alone. To them, a pilot who fidgets and fiddles is anxious about something, and causes their own anxiety.

Try something: On your next cross-country flight with a passenger, see if you can sit still (other than scanning for traffic) for two minutes. If you feel compelled to touch a power control or play with something on the panel, you’re one of those who transmits a sense of unease to your passengers.

Passengers despise turbulence. Let that sink into your soul—it scares them. Pilots get used to it and often don’t notice it. There is a major disconnect between pilots and passengers on this topic, especially when dealing with headwinds. Most pilots will willingly fly low to avoid headwinds and accept turbulence as a consequence.

Your passengers would willingly wring your neck if they knew you chose turbulence over a smooth ride. While the flight lasts a shorter period of time down low in lighter winds, the full story is that time is relative. A one-hour flight in the bumps is far, far longer to your passengers than a 1.5-hour flight in smooth air. Yes, operating costs can be higher when going slower, but that’s not an expression of the total price you are paying for your decision to make your passengers miserable. Turbulence is scary because it very often feels to the passenger as if the airplane is about to go out of control.

Remember when you took your first few lessons? Turbulence scared you when it rolled the airplane without you doing anything to the controls. With time and experience, you learned what to do and have gotten so used to turbulence that you’ve forgotten what it felt like in the beginning. That very early stage of your learning is where your passengers are now. Do your utmost to find smooth air when you are carrying passengers, especially those who are the most important to you in the world, your family.

Your passengers do not like a dirty airplane. They don’t know how to evaluate the safety and condition of the airplane, so they use cleanliness as a measuring device.

Respect the fact that some people get motion sickness. The victim honestly doesn’t want to be sick. He or she isn’t doing it to spite you. If you can do something about it, you’re a hero. Have sick sacks available. Land before the heave-ho takes place. (Tolerance increases if you do so; it goes down if the person actually vomits.) If the person is a regular passenger—you know, a family member or close friend—log onto a site like Aeromedix.com and buy a Relief Band. The things work. You’ll be amazed at how grateful a family member will be when you get something that helps with motion sickness.

If you were in a situation where you badly needed to use a restroom and none was available, and the person in charge refused to do anything to help you out, how would you feel? Would you willingly place yourself into that situation again? Carry piddle packs of some sort. Keep flights short enough that they don’t have to be used; it’s embarrassing for any passenger called upon to use one.

Your family members are the most important people in your life. Treat them as VIPs when you take them flying. Communicate with them, show concern for their comfort, cater the airplane with snacks they like, make weather decisions conservatively. Remember: If Mama ain’t happy, nobody’s happy.

Rick Durden is a practicing aviation attorney and type-rated, 7100-plus-hour ATP/CFI whose passengers keep coming back for more.