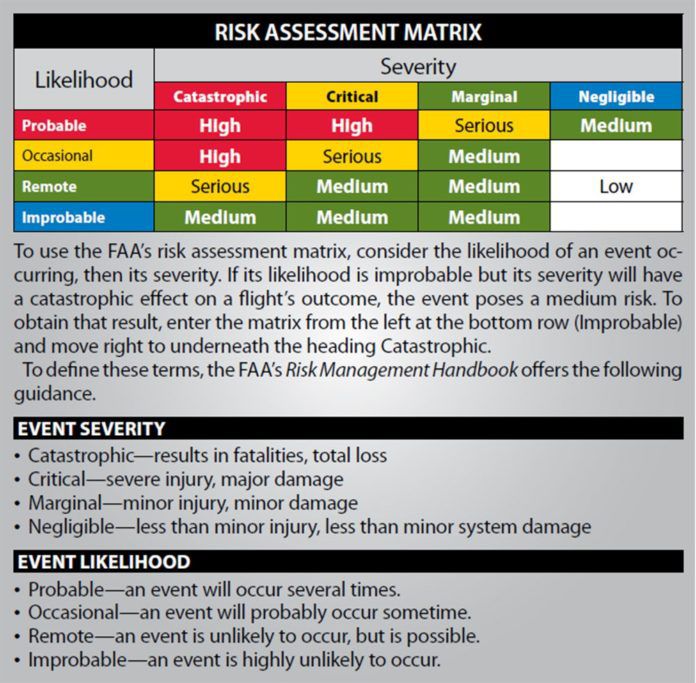 On May 31, 2014, a Gulfstream IV ran off the end of the runway at Hanscom Field (KBED) in Bedford, Mass. The aircraft went into a ditch at high speed, disintegrated and caught fire. All seven occupants suffered fatal injuries. The accident’s circumstances provided a wake-up call for the business aviation community: Professionally flown Gulfstreams just don’t run off the end of a runway. As a result of this high-profile accident, the safety consequences associated with procedural noncompliance—failing to correctly perform normal checklists—have become hot button issues within the business aviation community and the NTSB. All general aviation pilots should heed the warnings raised.

As the NTSB reported in its 800-plus-page accident investigation docket, the very experienced flight crew had failed to perform a basic flight control check before takeoff. They didn’t discover the control lock was engaged until well into the takeoff roll and failed to abort the takeoff as crucial seconds ticked by. By the time they finally took action to abort in the last few hundred feet of runway, the aircraft had reached 162 knots and it was too late to avoid what happened next.

The two crew members had between them almost 30,000 flight hours, including 4200 hours in the Gulfstream. Their most recent recurrent training event and proficiency checks were completed the previous September and in every other aspect the crew was both “legal” and qualified for the flight. The crew verbalized concerns with the flight controls as they began the takeoff roll but did not reduce thrust, activate the thrust reversers or apply brakes until well after V1, takeoff decision speed.

In addition to both a flight data recorder (FDR) and cockpit voice recorder (CVR), the Gulfstream carried a quick access recorder (QAR). From this device the NTSB was able to establish that on the previous 176 takeoffs the crew had performed a full flight control check, as required by the aircraft checklist, only twice. They had performed partial control checks on 16 other takeoffs.

You might be tempted to say that complacency was in play during this accident. While it may have been a contributing factor, this issue is far more complex than just becoming jaded by the routine or a failure to follow a checklist. The hazards and risks of failing to follow established procedures vary considerably in terms of both their likelihood and consequences.

A Tale Of Two Risks

To illustrate this, let’s look at the potential risk of locked flight controls and, say, failure to lower the landing gear before landing. The aircraft checklist invariably will cover both of these items, but the potential risks of non-compliance will be different. To demonstrate, we’ll use the risk assessment matrix published in the FAA’s Risk Management Handbook (FAA-H-8083-2) and reproduced at right to analyze these two actions, starting with the gear-up landing.

Typically, such accidents don’t result in injury and only cause minor aircraft damage, at least in single-engine piston aircraft. The “severity” category is thus “marginal.” In the absence of a checklist or if a checklist (either printed or verbal) is not followed, I’m guessing that the likelihood of a gear-up is “occasional,” that is it will probably occur sometime. Entering the risk management matrix in the “marginal” severity column and moving down to the “occasional” row, we see that this is a “green” or “medium” risk.

Risk management doctrine states we don’t have to mitigate a “green” or “medium” risk. However, risk management doctrine also states we should not take unnecessary risks. Hence, by always performing the pre-landing checklist, we can reduce the probability of forgetting to put the gear down from “occasional” to “improbable” (i.e., highly unlikely to occur). The risk is still “green,” but it has been mitigated to a much lower overall level.

Taking off with the control lock engaged is another matter. As we have just seen, the event “severity” is potentially “catastrophic” and as our unfortunate GIV crew demonstrated, the event “likelihood” can be “occasional.” Hence this risk is “high” and must be mitigated before flight. So, running the checklist correctly should be the appropriate mitigation, right? Perhaps, but I also suggest that proper crew resource management (CRM) and maintaining situational awareness could be just as effective as mitigating actions.

In fact, I believe the greater the aircraft’s complexity, the more likely we will fail to mitigate risk through procedural noncompliance. I have found that simple acronym checklists, rather than a more complex printed version, work fine for simple fixed-gear singles and even complex (but not pressurized) airplanes. In the Mooney and two Bonanzas I’ve owned, I used the CIGAR acronym for takeoff (that’s Controls, Instruments, Gas, Airplane and Run-up). I supplemented the acronym with a short pre-start memory list and an even shorter “runway items” list just before takeoff. For landing, I found the GUMP (Gas, Undercarriage, Mixture, Prop) worked just fine.

This simplified approach to checklists can get you into trouble when you move to pressurized or turbine-powered aircraft, as I discovered about 25 years ago in a galaxy far, far away.

Actually, rather than a George Lucas film, I was working for the FAA’s Flight Standards Service in the agency’s Washington, D.C., headquarters. As an inspector, I was expected to maintain flight currency, presumably so I would be better able to develop realistic policies and regulations affecting the aviation community. We all thought this was a good idea.

To enable us to meet the stated goal of flying at least 48 hours a year to maintain currency, we were encouraged to join the local flight program at Hangar 6 at Washington National Airport (KDCA). The FAA’s Hangar 6 fleet at the time included a Gulfstream GIV, two Cessna Citations and a Beechcraft Baron. The airplanes’ primary use was to ferry NTSB go-teams and FAA staff to accident sites. Occasionally, we carried other senior government officials on high-priority, time- or secrecy-sensitive missions. A secondary purpose was to provide currency for part-time headquarters pilots like me.

Hangar 6 only had five or six full-time pilots, so they were constantly calling us to crew a mission. We were eager to comply, since it got us away from our desks and helped us get our currency hours, which was always a struggle since we had regular jobs and duties besides flying. This became particularly so in my case when I became manager of the General Aviation and Commercial Division, and was responsible for all operational regulations other than the airlines.

If you were appropriately type-rated, which I was, you could start as a second-in-command (SIC) in the jets and rapidly upgrade to pilot-in-command (PIC), which I promptly did in the Citations. There was some perfunctory local training in Hangar 6 procedures. However, CRM training, which the airlines had started embracing a decade before, was only beginning to work its way into FAA internal operations, so I had not been trained in it before upgrading to “captain.” The stage was set.

One day I was asked to fly a mission in a Citation, so I rounded up another body from my division who was SIC-qualified but not type-rated and off we went. We promptly departed and headed northeast. As we passed through 10,000 feet on our way to the flight levels the two MASTER WARNING lights illuminated. These are designed to instantly get your attention, and they succeeded. Our eyeballs went to the annunciator panel and stared at the red CAB ALT 10000 FT warning light. I immediately looked at the pressurization source selector. It was in the OFF position.

We had failed to pressurize the airplane before departure.

When your call sign is N2, you hesitate to broadcast your ineptness to ATC so I negotiated a deal to level off at 12,000 feet to “test some new equipment.” My SIC and I scrambled to figure out how to pressurize the airplane and we were soon able to continue the climb. He and I were super-attentive to checklists for the rest of our round trip.

That evening I tried to figure out how we had committed such a potentially lethal omission. In the following weeks, I had some quiet conversations with some of the Hangar 6 staff. Soon, there was a new policy that the part-time pilots in headquarters could only serve in SIC roles in the turbine aircraft and Hangar 6 hired more full-time pilots. They also introduced CRM training.

The NBAA prescriptions for reducing procedural non-compliance, portions of which are described in the sidebar on the opposite page—are aimed at professional multi-pilot flight departments with turbine equipment. They are consequently aimed at organizational fixes and written procedures. What about non-professional general aviation pilots flying a wide range of equipment?

The NBAA Safety Committee has a single-pilot work group, on which I serve, and this issue is on our plate. It’s related to single-pilot task saturation, which is also a top safety issue at NBAA.

Regardless of what you fly and how its crewed, you need to be alert to the hazards and risks of procedural noncompliance. Slavish adherence and conformance with rigid checklists should not be your only defense against such risks. Whether you fly a Cub, a Cirrus or a King Air, you need to consider how to help protect yourself against the insidious nature of procedural noncompliance. Ideally, any time your routine changes, the little bell in your head should go off, reminding you something is abnormal and forcing you to fix it, with either a formal checklist or superior airmanship.