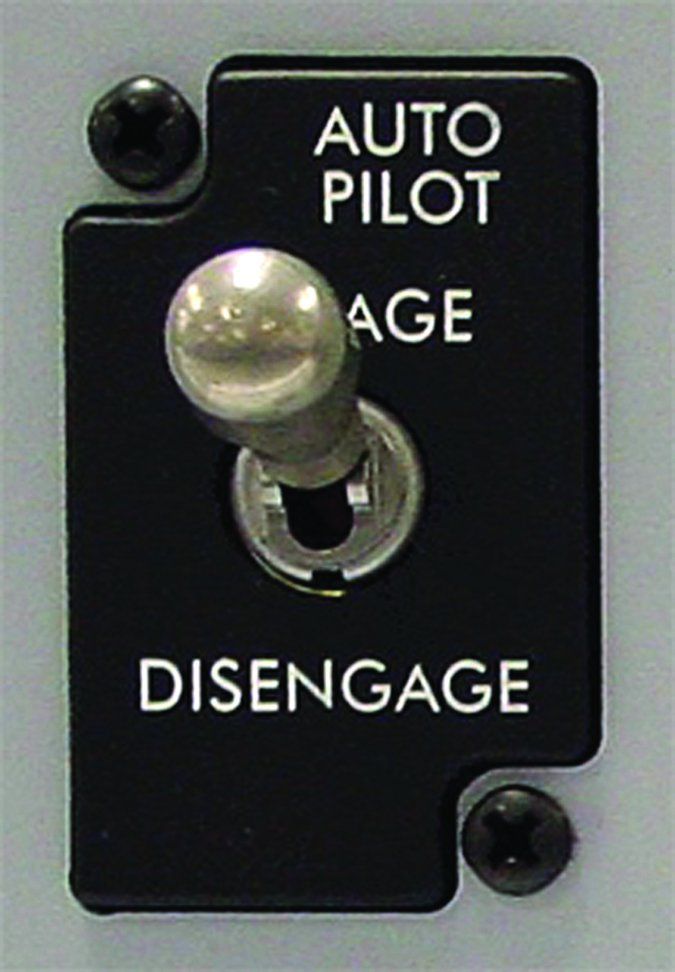 There’s no question in my mind that a good autopilot system tends to dull a pilot to what the airplane is doing and what it may be telling him or her. I’m fortunate to have a really good one in my traveling airplane and use it most of the time when I’m in cruising flight. It will fly a heading, follow a magenta line, climb/descend to a preset altitude at a rate of my choosing and shoot coupled ILS or GPS approaches.

But I still have to take off and land manually. Since it’s dumb enough to pitch the airplane’s nose way up in a downdraft, irrespective of airspeed, I still have to disengage it sometimes in bumpy weather. Like all automation, sometimes it doesn’t do what I want, when I want it. And when some other component of the airplane soils the bed, it’s a good idea to disengage the autopilot and hand-fly until the situation is resolved, if for no other reason to ensure I can feel what the airplane is doing at times of uncertainty.

Earlier this year, I spent some quality time flying a piston twin. As with most multiengine training, much of that flying was done simulating a one-engine inoperative (OEI) condition. The airplane had an autopilot, but I never considered using it when one engine was turning and one was “burning.”

One reason is that using the autopilot during OEI flight eliminates the value of that kind of training. Another reason is I simply didn’t know what the autopilot would do and how it would react to the need to maintain a slight bank into the good engine and correct the turning tendency with rudder. The autopilot/flight director system on a Boeing 777 might know how to handle that, but I doubt the much simpler system in the airplane I was flying would do as well.

In fact, early on in my aviation career, I was severely admonished not to use an autopilot in a situation involving an engine issue—whether aboard a single or twin—and to hand-fly the airplane to obtain maximum feedback from its behavior. That’s a good rule for anyone flying personal aircraft, and this month’s accident is a reminder of why.

On November 23, 2014, at about 0945 Central time, an Aero Commander 500A impacted terrain near McDade, Texas. The solo airline transport pilot was fatally injured. The airplane was substantially damaged. Visual conditions prevailed.

The pilot was in radio contact with ATC and was receiving VFR flight following services en route to his destination. At 0922:16, the pilot radioed he was at 6500 feet msl. The controller acknowledged the transmission and advised of an updated altimeter setting. At 0927:59, the pilot radioed that he was descending, which was the last recorded transmission from the pilot. There were no recorded distress calls from the accident airplane.

A local landowner heard the airplane impact terrain and called 911.

The airplane came to rest in an open pasture with rolling terrain. Evidence was consistent with a slow-speed, near-vertical impact. The right engine’s propeller blades appeared to be fully feathered. The left engine’s blades were curled, with polishing of the leading edges and blade faces, along with chordwise scratches and gouges. Both wing flaps appeared to be partially extended while the main landing gear legs were fully retracted. The right horizontal stabilizer and elevator outer sections were soiled with oil.

No anomalies were detected with the left engine which would have precluded normal operation. The right engine’s crankcase had a hole above the #2 cylinder. Its oil gauge housing extension was found disconnected from its housing. The investigation included opening the right engine’s oil sump, which was found to contain metal consistent with connecting rods, bearings and crankcase material. Connecting rods 1 and 2 had separated from their respective journals. All connecting rods and rod bearings displayed signatures of thermal discoloration consistent with lubrication distress.

A portable GPS navigator was found in the wreckage and data from the accident flight recovered. At 0927, the airplane began to descend and groundspeed decreased. The average descent rate was 440 fpm. The last data point was recorded at 0944:35 with the airplane about 200 feet southwest of the initial impact point, at a GPS altitude of 610 feet msl, groundspeed of 66 knots and a descent rate of 290 feet per minute.

At 0955, an automated weather reporting facility about 16 nm southeast of the accident site reported wind from 240 degrees at nine knots, gusts to 14 knots, visibility 10 miles, a clear sky and a temperature/ dewpoint spread of 64/55 deg. F.

The NTSB determined the probable cause(s) of this accident to include: “The pilot’s failure to maintain adequate airspeed and his exceedance of the airplane’s critical angle-of-attack for reasons that could not be determined based on the available evidence, which resulted in an aerodynamic stall/spin. Contributing to the accident was the improperly installed oil gauge housing extension, which resulted in a loss of oil quantity and right engine power.”

It’s clear the airplane’s right engine failed at some point in the flight, even though the pilot didn’t bother to share that with ATC. What happened next is anyone’s guess, but the most likely scenario involves allowing the autopilot to fly the plane, which precipitated some kind of loss of control event.

Use A Twin’s Autopilot After an Engine Failure?

The first factor is whether the airplane’s operating limitations allow OEI autopilot use in the first place. That information will be found in the airplane’s documentation, which should include paperwork on the autopilot itself. We can imagine a scenario in which the airframe manufacturer offers no guidance but the autopilot’s maker prohibits such use. Ultimately, we expect there will be no such guidance in most airframe/autopilot configurations.

The second factor involves the pilot’s comfort level with OEI on autopilot. Just as when both fans are turning, an autopilot can substantially reduce a pilot’s workload—setting up a divert, programming the panel for an approach and actually flying the procedure. At the same time, cruise-flight failure of a twin’s engine pretty much is a non-event as long as control is maintained.

And that’s where the pilot comes back into the picture. Autopilot use can eliminate feedback through the flight controls, preventing the pilot from fully understanding the airplane’s situation. We’d likely opt to turn it off and hand-fly.