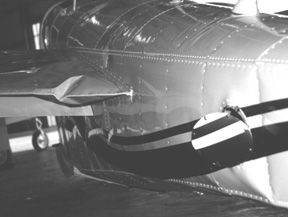 Self-serve fuel helps sate the hunger of expense-battered pilots looking for ways to cut costs without compromising their safety or convenience.

At airport after airport, FBOs are answering the call by installing self-serve fuel pumps. The price is a little lower, the hours unlimited and pilots, trained by decades of pumping gas into their cars, dont seem to mind.

But theres an insidious danger lurking at both self-serve fuel pumps and the often dilapidated fuel trucks that ply general aviation ramps – the potential for fires induced by static electricity.

While only a handful of aircraft fires in recent years have been blamed on static-ignited fuel vapors, the potential for an increase is apparent because of a number of factors, not the least of which is an increase in the availability of self-serve fuel. Other factors include auto fuel STCs, the aging of aircraft and training of both line personnel and self-sufficient pilots.

To put the danger in perspective, the Petroleum Equipment Institute has documented 129 instances in the last decade in which automobiles being refueled have burst into flames due to static electricity. Considering that Americans fueled their cars more than 150 billion times during that period, thats not so bad. But it may be that aircraft fueling represents a relatively higher risk in some ways, due to the nature of the refueling.

A static-induced fire is caused when two objects with dissimilar charges come into contact in the presence of fuel vapor. The electrons jump from the negatively charged object to the positively charged one and a spark results. Thats what happens when you shock your hand on a doorknob in the dry air of your house in winter.

Aircraft are more at risk from static buildup and fire than are cars on several fronts. First, a static charge can build up on the airframe when flying through rain, snow, ice crystals – even dust. Even if the fuel truck or fueling station is grounded, the airframe charge may carry quite a jolt.There have also been cases where the electromagnetic pulse from nearby lightning strikes have charged airplanes that were sitting motionless on the ground.

The fuel itself generates static when flowing through the hose and swirling and splashing in the tanks. While this happens with cars as well, the fact that airplanes carry vastly more fuel makes the buildup of a substantial charge all the more possible.

Finally, auto gas pumps in urban areas are generally equipped with some kind of vapor recovery system that blocks fumes from escaping into the air while the tank is being filled by sucking the fumes back into the pump. Aircraft fueling nozzles have no such provision.

Self Serve
Virtually all pilots have noticed that the first thing a ramp hand does when the fuel truck gets to the airplane is connect a bonding cable from the truck to the airplane. This allows the two vehicles to reach the same or nearly the same electric potential before the fuel even starts to flow.

Bonding is different from grounding, which is when the vehicle is electrically connected to the earth through a strap or chain.

Self-serve fueling stations include bonding cables, but the danger is that harried pilots may forget or neglect to use them. The problem becomes particularly dangerous in very cold weather, during which time the air is very dry (which contributes to static buildup) and when the pilot may be hurrying to minimize his or her time outside. If the refueling takes place during a mid-trip fuel stop, the airplane may be carrying a static charge from its flight.

Furthermore, because self-serve refueling stations are by definition not attended, some will possibly deteriorate over time, despite routine inspections. That could mean poor grounding or deteriorated bonding cables, among other things – both of which may spell trouble for self-serving pilots.

Auto Fuel
Airplanes that run on auto fuel are particularly susceptible to poor fueling habits because auto fuel is not available at most airports. That forces the pilot or owner to transport fuel from a local gas station to the aircraft.

The solution many pilots have to this problem is to ferry a gaggle of plastic gas cans to and from the airport. Although the plastic itself cannot transmit an electric current, it can build up a static charge, just as a plastic comb can make your hair stand on end.

To avoid potential problems, there are a few precautions you can take if you refuel from cans.

First, use metal cans if possible. In any case, keep the fuel spout in contact with the lip of the fuel tank while the fuel is flowing.

If you routinely use auto fuel, consider investing in a metal transport tank that rides in the back of a pickup truck or on a trailer.

Another option is a wheeled plastic gas tank of the sort sold by marine and industrial supply houses to fuel boats and equipment. Typically they hold about 30 gallons and weigh 250 pounds when full. For fueling airplanes, it makes the best sense to add a hand pump to these tanks, which typically use gravity feed. Not only do the pumps transfer fuel more quickly, but they also include bonding straps.

If you use plastic cans – particularly large ones – pay attention to the cans construction material. Shell Oil Co. says polyethylene containers are not appropriate for refueling airplanes, but if you choose to go this route make sure to use high-density polyethylene made from pure materials, and to use grounding straps and keep the nozzle in contact with the tank lip.

Aging
Airplanes tend to age gracefully, given the attention owners lavish on them and the mandatory maintenance standards the FAA has established. But there is one sometimes-neglected area where age may play a role in enabling refueling fires – the fuel tank lips.

Corrosion is notorious for defeating electrical connections, and in the case of the fuel filler openings in the tanks the problem can be difficult to spot. It takes only a small spot of corrosion to make the electrical link between the fuel hose nozzle and the fuel tank opening intermittent, and not much more to defeat it entirely.

If the airplane itself is properly bonded to the fuel truck or pump, this lack of contact shouldnt make much difference. But if the bond is poor due to a faulty cable or poor clip connection, there could be trouble afoot.

Part of the preflight inspection checklist for every light airplane is to remove the fuel caps to observe the fuel level and to ensure the caps are replaced tightly. You do inspect the metal filler port, dont you?

Whether filling your own tanks or relying on a ramp hand to do it, take care to follow the proper safety precautions. If you dont know what they are, read the instruction card or ask someone who does.

Its easy to love avgas. Its what spins the prop and fuels a pilots flight of fancy. But its also a dangerous noxious chemical that cares not a whit for you or your airplane.

It has no respect for anything other than cold, hard chemistry – a chemistry its up to you to prevent.