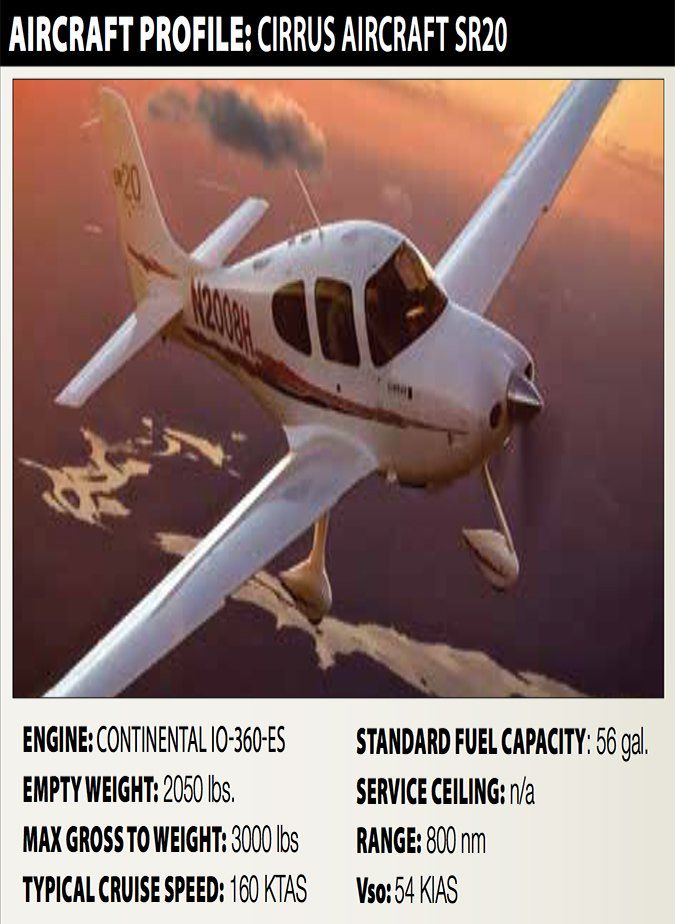 Engine-out training teaches us to maneuver the airplane to a position from which a more-or-less normal landing can be made on an open surface. Among the elements to this training are that there’s a finite amount of time and energy, in the form of altitude, available to get the airplane to the landing area. Maneuver the airplane to a key position abeam the runway at a certain altitude and airspeed, and it will have enough energy to glide to the “runway” as the pilot manages airspeed and turns.

While nailing that key position is important, it’s also important to understand how the airplane will behave in various gliding configurations, and what airspeed(s) should be considered normal when attempting an engine-out landing. What the pilot does after reaching the key point, in fact, depends on the airplane’s energy state. Too high and fast? Extend the downwind leg a bit and/or add drag. Maybe a 360 over the key point to lose altitude, or some S-turns. Being too low results in a different decision set, including minimizing drag, turning toward the landing area early and/or finding another one within range. The key position could be thought of as a window of opportunity, through which we fly the airplane, then adjust its glidepath to ensure it gets to the landing area under control and at a usable altitude and speed.

Some airplanes—like the Cirrus fleet—are equipped with airframe parachutes. Depending on how you look at it, an airframe parachute can give you another window of opportunity to get to the ground safely, or it can broaden the one you already have.

On July 22, 2015, at about 1044 Eastern time, a Cirrus SR20 was destroyed when it impacted terrain during a go-around attempt at Lake Wales, Fla. The flight instructor was seriously injured; the private pilot receiving instruction was fatally injured. Visual conditions prevailed. An IFR flight plan was in effect.

The flight instructor said he was “too high and going too fast to make the runway.” He side-slipped the airplane, but could not get it slowed down enough for a safe landing. He decided to abort the landing and make a 360-degree turn. He advanced the throttle, but the engine had lost all power. At about 400 feet agl, he told the student pilot to deploy the airplane’s emergency parachute. The parachute did not arrest the descent before the airplane entered an aerodynamic stall and crashed in wooded terrain.

Witnesses reported the airplane seemed “slow and wobbly” before it entered a descending left turn. The witnesses stated the airframe parachute was deployed but not fully inflated prior to impact. All major components of the airframe were accounted for at the accident site. The wreckage path was 46 feet long. The Cirrus Airframe Parachute System (CAPS) had been deployed.

Examination of the engine revealed the oil ports on the pistons were clogged and coking was present. The oil control rings on all pistons were “stuck.” The Nos. 1, 2 and 3 connecting rod bearings showed evidence of incipient oil starvation. A small amount of engine oil was observed in the bottom of the remaining portion of the sump. No metal particles were observed, but a large amount of oil residue was noted on the belly of the airplane.

Both propeller blades appeared to be resting on the low pitch setting and exhibited noticeable chordwise abrasion in the tip area on the camber side. One blade exhibited S-bending and was twisted leading-edge-down. Impact marks on one of the blades and on its preload plates indicated the propeller was in the normal operating blade angle range prior to impact.

The operator provided a spreadsheet that detailed engine oil added to the airplane beginning June 1, 2015, to the accident flight. During June, nine quarts of oil were added and the airplane was flown 67.2 hours. From July 1 until the date of the accident, 17 quarts of oil were added in 68.1 flight hours. A Continental Motors publication stated that a cylinder differential pressure check and borescope inspection should be conducted “if oil consumption exceeds one quart every three hours or if any sudden change in oil consumption is experienced….”

Onboard avionics stored data on various engine parameters, including oil pressure. At 10:35:24, there was a reduction in fuel flow consistent with leaning for cruise flight. Oil pressure was 38 psi at this point. Twenty-four seconds later, at 10:35:48, oil pressure was recorded at three psi and remained below this value for the remainder of the flight. A power reduction followed and at 10:39:30, the data showed manifold pressure was around nine inches of Hg and stayed that way until the flight ended. Fuel flow was 2.0 to 2.3 gph. Engine monitoring data ended at 10:40:30.

The NTSB determined the probable cause(s) of this accident to include: “A partial loss of engine power due to oil starvation. Contributing was the flight instructor’s failure to maintain control of the airplane during an aborted emergency landing, and his delayed decision to deploy the airplane’s parachute system.”

We could also add the operator’s failure to investigate more thoroughly the startlingly high oil consumption. The stuck rings may have been discovered and the engine removed from service (it was within 200 hours of the manufacturer’s recommended time before overhaul).

The NTSB is right that the instructor delayed his decision to deploy the airframe parachute. That delay closed the instructor’s first window of opportunity to salvage the situation with an emergency landing. When the airplane proved too high and too fast to land, he attempted a go-around but there was no engine power remaining and the airplane was too low for the airframe parachute to deploy. Another window missed. But we think better engine-out technique would have had a different outcome.