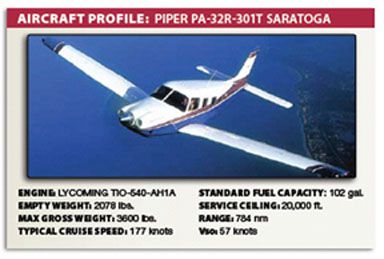 Night flying can be one of the most enjoyable ways to use an airplane. On clear nights with good visibility, the horizon can be clearly defined. Away from populated areas and with the cockpit lights turned way down, stars pepper the sky. The air is generally smoother, traffic is light and ATC can be extremely flexible. If theres full moon, it can be positively magical.

But there can be downsides (arent there always?). A high overcast can obscure the real horizon, for example, and, away from well-lit areas, makes it difficult not only to discern the airplanes attitude but what lies ahead in its path. Other weather phenomena can complicate things, of course, by reducing flight visibility.

All of which means we must take greater care when flying at night, especially over mountainous terrain. If we cannot or choose not to file and fly IFR, then we really should adopt a few instrument procedures regarding routes and altitudes. In fact, a low altitude en route chart comes in very handy for VFR night flying of any in and out of IMC at between 5000 and 6000 feet in a climb. By 2149:14, the airplane had climbed through approximately 8200 feet.

Radar data shows that over the next 11 minutes the airplane climbed to 8400 feet and then descended, reaching 6400 feet at 2154. At 2200:24, the airplane disappeared from radar. Its last recorded altitude was about 6300 feet. The accident site was located the following morning approximately

Weather in the vicinity at the time of the crash included six miles visibility with a broken ceiling at between 5500 and 7000 feet msl. Satellite imagery depicted a band of clouds obscuring the accident site. The clouds tops were estimated at near 10,000 feet. Pilot reports indicated broken to overcast cloud tops at 9000 to 11,000 feet. The moon that night was about 15 degrees below the horizon in a waning crescent with only four percent illuminated.

At the accident site, two trees, about 20 feet apart, were estimated to have lost the upper 10 feet of their trunks. The approximate elevation where the trees were severed was 6630 feet msl, which was a few yards below the top of the ridgeline.

The majority of the airframe was consumed by fire. Examination revealed the flaps were retracted and the stabilator trim tab was in approximately the neutral position. Continuity of the stabilator and rudder control system cables was established from their respective attachment points to the cockpit. There was no evidence of engine case rupture or pre-impact damage; the bottom spark plugs exhibited wear and color signatures consistent with normal operation. Propeller damage indicated it was rotating under power at impact.

In addition, the NTSB found fault with the ATC services provided to the flight, including controllers failures to issue low-altitude safety alerts for terrain.

The National Transportation Safety Board determined the probable cause of this accident to include the “pilots failure to select and maintain an adequate terrain avoidance cruise altitude. Contributing factors were the dark nighttime conditions, the rising mountainous terrain, and the Federal Aviation Administration controllers failure to issue a terrain-related safety alert.”

The accident occurred within the lateral limits of V183 and near its centerline. The accident site is next to a charted mountain having a depicted peak elevation of 6840 feet msl.

An “X” was noted on the chart about the location where the accident occurred, near the subject 6840-foot msl mountain peak. The chart quadrangle encompassing the accident site was marked with the elevation figure “72,” representing 7200 feet.

All indications are that this pilot knew where he was and had flown the route many times before. After attempting to climb on top of the cloud cover, he descended to remain VFR rather than turn around and find another, lower route. On this dark night, he couldnt see the ridge ahead. Ironically, Santa Barbara, some 18 nm ahead, was reporting clear skies.

Even more ironic, he had marked his chart at the highest point along the frequently flown route.