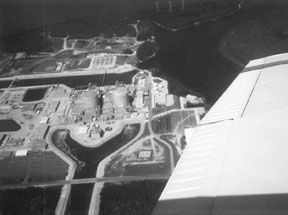 In the interest of national security, flying light planes has become a confusing and dynamic business where the rules can change between the time you get your briefing and start your engine. In this brave new world, prepare to be wrong.

If thats too pessimistic a view, there is a bright side. The FAA has backed off enforcement actions when pilots can show theyre following the rules that existed an hour ago. And the number of airplanes forced to land by armed fighter jets has been small. So far, the trouble appears to be borne of changing rules, nervous politicians and a paranoid public.

But staying out of trouble has gotten decidedly more difficult.

Consider that in the first six weeks after the Sept. 11 attack, 27 general aviation pilots busted the prohibited space over Camp David, the presidential weekend retreat. If you look up the space on a sectional, low-altitude en route chart or GPS database, youll see a 3 nm circle marked P-40. However, that area was increased by Notam to 8 nm without warning.

Consider a Piper Arrow that was forced down in western Florida after deviating from its flight plan. Depending on who you ask, the airplane was flying from either Melbourne or Pensacola to Louisiana, perhaps on an IFR flight plan. It deviated enough to worry air traffic controllers, who got two F-16s scrambled to the scene, which just happened to be near a nuclear power plant.

The airplane was told to land and it did so, at which time authorities found 65 pounds of marijuana and a loaded .40-caliber Glock handgun.

The details of the flight and the resulting arrests are sketchy because the military is involved. Its not clear whether the airplane was circling the power plant or just what the suspicious behavior was.

While many people wont lose sleep over the fate of some flying drug traffickers, the incident points out several ominous signs of just how aviation may be viewed for the near future.

Vague suspicion may be enough to get you forced down. Details of incidents that would help you to judge ways to avoid the risk are withheld for security reasons. The rules of engagement under which fighter jets may shoot down civilian airplanes are classified.

Controllers have been told to immediately report any airplane that loses communications or its transponder, making the need for backups obvious, even though there is no such thing as a portable transponder. Although systems loss in the Old World were inconvenient, in the New World they could conceivably be deadly.

Stay Clear of Where?
The result of all this is that preflight preparation should be more thorough than ever, though even the best preflight wont answer all the questions.

A Notam requires pilots to steer clear of major sporting events or other large gatherings of people, yet offers no guidance on what constitutes a large gathering of people, nor how to find out if youll be flying over one in a distant state on a long cross-country flight.

Another Notam stopped general aviation flight near nuclear power plants. Like many of the post-Sept. 11 Notams, this one was long on impact but short on detail. It prohibited general aviation, but never defined what was included, Part 135 flying, for example. In addition, it did not give the coordinates of the plants, only the direction and distance. For example, it said 12 miles SE of Fort Pierce, Fla., but the plant was not marked on the sectional, nor was it clear whether the Notam referred to nautical miles or statute miles.

There can also be errors in the Notams that make the pilots responsibility vague. The nuclear power plant Notam, for example, referred to two nuke plants as being in Delaware when they are actually located in New Jersey. Not surprisingly, they were not included in the New Jersey listing. Perhaps even more unsettling was that the two plants are co-located, yet one plant was referred to as 18 miles SE of Wilmington and the other was located 18 miles S of Wilmington. If you dont know where something is, how can you stay away from it?

Because of the security aspects, it is perhaps understandable that no advance warning is given, but when such measures close airports or make IFR clearances invalid, the safety aspects become clear. In addition, last-minute reroutes have impact on such things as fuel and route planning, terrain and weather avoidance, and preparation for instrument approaches.

Many pilots turn to Flight Service Station briefers for quick answers to decidedly complex questions about the impact of Notams on their flights. But if the confusion among pilots is any indication, the briefer is just as likely to be wrong. In addition, briefing the Notams yourself may help give you an understanding of the intent of the Notam that may not come across by asking a briefer if you can fly a certain route.

The time-honored need to have all available information about an upcoming flight has never been so accurate. It used to be that phrase primarily applied to weather and runway closures. Now you can keep that and add situational awareness like never before.

That means reviewing Notams, especially the FDC flavor that many pilots have gotten used to giving only a passing glance. This is a difficult proposition because of the general lack of organization applied to FDC Notams in places such as DUAT briefings.

It also means a new approach to charts and GPS databases.

A show of hands would turn up many pilots who fly with charts that are a cycle or two expired. The same could be said for GPS databases. We suspect only a minority of owners keep databases current all the time, VFR or IFR, and we suspect VFR databases are even less current than those used in IFR certified boxes.

In the short run, many of the changes made by Notam wont show up on the charts and databases anyway, because theyre considered temporary flight restrictions. But still, it wont help your defense much if you bust a flight restriction and you didnt get the Notams or current charts.

A broader problem comes from the flight-planning aspects of conducting operations in the environment of the last few months. Ask anyone who spent a week away from home in mid-September if theyll make even short flights without a toothbrush and change of clothes.

That same sense of unpredictability will likely impinge on every aspect of flight. If youre used to downloading approach plates for your destination only, you may want to reconsider your certainty that your flight will end where planned. That probably means carrying approach plates and charts you normally leave at the store or in the hangar. It may also mean landing at airports where the runways or other facilities are marginal.

Traipsing Into the Unknown
In an effort to stay clear of trouble, more pilots may fly IFR in the hopes controllers will vector them away from trouble. That may be an unrealistic expectation, especially in light of the fact that controllers dont always have a definitive interpretation of a Notam, either. In addition, more pilots flying IFR will put a burden on the system that could result in delayed clearances, more holding patterns and reroutings that will challenge even the most conservative fuel planning.

A further danger lies in out-of-date instrument pilots flying IFR when they dont have the skills to pull it off. During the post-Sept. 11 ban on VFR flight, several accidents appeared to reflect instrument-rated pilots with rusty technique getting trapped in weather they couldnt handle.

The delays and uncertainties carry with them an ominous possibility: Go today because tomorrow it may be illegal. Get-there-itis will lead more pilots to push their luck on those flights that do proceed more or less according to plan. While this psychological pressure has been there since the dawn of aviation, the hysteria surrounding flight these days may elevate it to a level even normally rational pilots will have a hard time ignoring.

Another troubling possibility is that increased traffic load will put the brakes on optional services instrument pilots sometimes take for granted – vectors around thunderstorms, for example.

It is clear that general aviation will be forced to evolve. The cynics dismiss the flight restrictions as methods by which Washington officials cover their bases in the event something bad happens. The patriots contend the sacrifices constitute small things every pilot can do to help win the war.

In fact, aviation will remain a useful tool and a pleasant recreation for the time to come. The challenges will be different. The hoops perhaps more numerous. But in every sense, the onus is clearly on the pilot to adapt in order to minimize the chance for disaster.