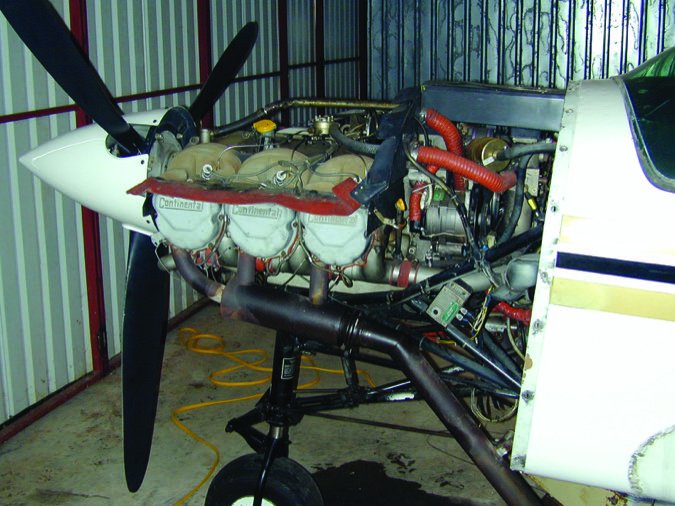 If you’re an aircraft owner like me, you enjoy rolling up your sleeves and tackling various tasks to help maintain or preserve your airborne conveyance. Those tasks can be as simple as a wash and wax, or more complicated, like an engine oil and filter change, or other preventive maintenance (PM) items allowed in FAR 43’s Appendix A. And if you’re also busy like me, you may find it difficult to work these projects into your schedule. One result is starting a PM project and not having time to finish it. That’s a place I find myself.

It all started a few weeks ago with a quick trip to an adjacent state to conduct some personal business. The non-pilot I was meeting with at the small airport asked to see my airplane. As we walked out onto the ramp and approached it, I appraised it with the eye of someone seeing it for the first time. I was unimpressed. Dead bugs were liberally distributed across the leading edges, the windows were smudged and there was a hint of corrosion on a steel component beneath the air filter. I resolved to address those problems and began the process shortly after returning home. I’m still at it.

The dead bugs accumulated after couple of years between detailed washing and waxing the airframe presented a challenge. It took a solid morning to gently clean them all off and apply a shine to the leading edges. Resolving the corrosion near the air filter involved removal, priming and repainting, a several-day process when wanting to allow paint to dry thoroughly. Many other tasks went on the to-do list as I ruthlessly walked around the airplane, trying to view it as someone new to and therefore skeptical of personal airplanes, like the aforementioned non-pilot.

As the list grew, parts were ordered, tools were located and used, and tasks I like to call the “might as wells”—I might as well tackle this project while I’m here—were performed. I spent hours on my back, scrubbing oil, fuel and exhaust stains from the belly and under the cowling, even more time vacuuming the cabin, reorganizing and updating the stuff I keep aboard, like headsets, life vests, oxygen equipment, etc. I still have to track down the reason for a pesky non-functioning belly strobe and perform some other PM tasks, but I can see the light at the end of this tunnel.

The downside is I haven’t flown much in recent weeks. A lot of the time I normally allocate to getting airborne has been spent up to my elbows in degreaser or looking for the screwdriver I misplaced. This too shall pass, and soon I’ll be flying the cleanest airplane in the Zip Code, at least until the first bug gets in the way. Chalk it all up to the joys of owning an airplane.

This kind of hands-on ownership isn’t for everyone, but I thoroughly enjoy it, and the airplane will be a lot better off when I’m finished. If I’m ever finished.