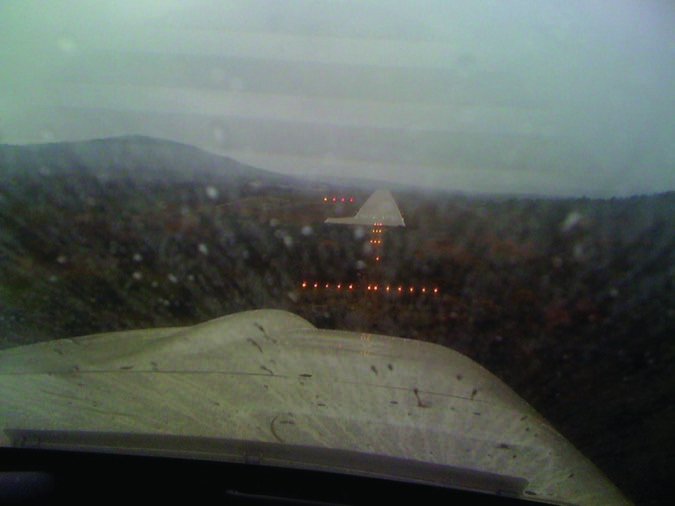 Thanks for your article on selecting an IFR alternate airport (“Choosing An Alternate,” February 2018). It offered a solid review of the regulations on when an alternate is required to be filed and how to select one.

One thing from the article I’d like to emphasize is the difference between the filed, legal alternate and the real Plan B. The requirements for identifying and filing an alternate are designed to ensure we have options for when the weather forecast goes wrong, when someone lands gear-up on the runway or when an equipment malfunction—whether involving a ground-based navaid or a panel-mounted radio—means we can’t shoot the approach into our original destination.

While we’re selecting an alternate airport to comply with the FARs, we also should be thinking about our real alternatives when the flight can’t be completed as planned. Often, that can mean something as predictable as diverting a few minutes to the nearest ILS or flying much further to a location where scheduled flights or rental cars can help us meet our obligations. In the real world, the alternative doesn’t have to be what we put in the flight plan.

Thanks for the reminder. We tried to work that concept into the article, but space limitations conspired against our making the point as forcefully as you did. We still have to comply with the regulations, but we don’t have to go to the filed alternate when implementing Plan B.

Your article on BasicMed implementation (“BasicMed Update,” Quick Turns, January 2018) did not mention one very important point: BasicMed has absolutely nothing to do with AMEs or the aeromedical certification division. There has been no change in FAR Part 67.

BasicMed is the result of a change in the regulations found in FAR Part 68 and allows for an alternative to the third-class medical while flying light aircraft. It is a change to operations and is overseen/administrated by the FSDOs.

Thanks for the reminder. BasicMed’s only real relationship to an AME involves those AMEs who also sign the paperwork allowing a pilot to fly under the new, relaxed provisions. So far, it’s not at all clear what proportion of current AMEs also are providing BasicMed documentation. It’s likely this new process isn’t fully integrated or understood by AMEs and the extent to which both are available from the same person will change as we go forward.

January’s article relating the author’s experience with flying clubs (“A Renter’s Lament”) struck a few chords with me. Ownership is out of my reach at this time but there’s got to be a better, less dehumanizing way of getting regular access to an airplane than at the FBO’s rental counter.

I like the idea of a flying club, but there’s barely enough interest in flying at my local, small-town FBO to keep its single 172 busy. How can I find enough local pilots to justify the time and expense of creating a flying club from scratch, including the acquisition of an airplane? Thanks in advance for any insights.

If it’s any consolation, your situation isn’t rare. Some thoughts:First, put up a notice on the FBO’s bulletin board (presuming they don’t take it down). We’d bet you’re not the only local pilot who goes through that FBO and who is looking for a different solution.Second, ask around about underutilized airplanes hidden away in hangars. Their owners/pilots may not have the time or resources to fly much anymore and someone who will both exercise the airplane and throw some cash their way could be a good solution for you both.Finally, you might be surprised how little it can cost to own a personal airplane. We figure if someone can afford to buy a high-end pickup truck or SUV, they also can afford to buy a used airplane. Of course, maintenance, insurance and storage will be more expensive than with the car, but that’s what partners are for.