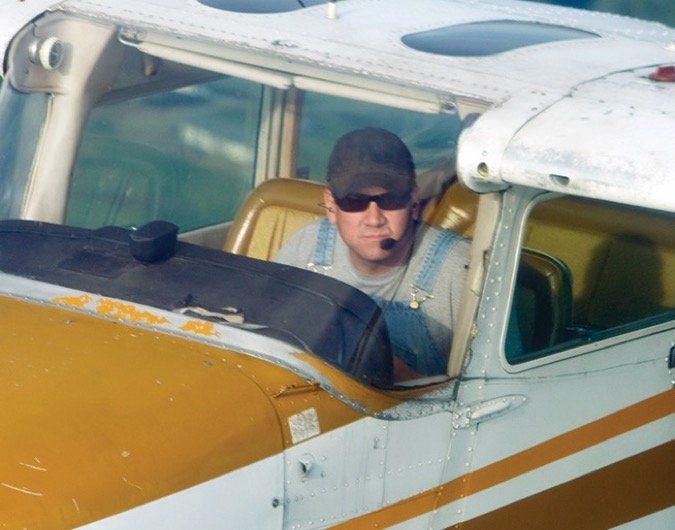 Thank you for addressing the issue of VFR flight following (“Hacking VFR Flight Following,” May 2017)! Your piece was good enough that I recognize I sometimes have gotten short shrift from ATC due to some communications ineptitude. An item you didn’t address was the loss, and subsequent efforts to reestablish, radio contact en route. Another clarification could be wording with ground control at Class C airports to request advisories prior to departure.

I appreciate your help!

I read your article about VFR flight following, and it sounds like you’ll have a follow-up. One recommendation I have when being handed off while receiving flight following is phraseology: “Center, Cirrus one two three four five, six thousand five hundred, VFR.”

In my experience, tacking on “VFR” to the check-in transmission seems to reassure the new controller that indeed, I am VFR. When I omit it, I frequently get “Cirrus three four five, confirm you are VFR?” So just preemptively stating that seems to save airtime and let the controller be confident we’re working together as expected. You might be surprised and get better service from the controller.

Thanks to all who wrote in on this article and to Mr. Phillips for the idea. The follow-up article begins on page 6 of this issue; we think we’ve covered all the major bases, but other readers may have other questions or comments.

When I first saw the May 2017 issue’s cover photo, I thought it was a deliberate case study in “What’s wrong with this picture?”

I can’t imagine I’m the only one to notice the starboard wing’s gas cap isn’t oriented correctly. I know this is a stock image, but I thought it was worth mentioning.

A standard preflight includes visual inspection of fuel in tanks and properly secured, vented gas caps. Hopefully this guy is still flying and this is the only time he ends up in your publication!

He’s not wearing a shoulder harness, either!

I look forward to UND’s and AOPA ASI’s research on circular patterns. The way it is depicted is a short approach, similar to a simulated engine failure in the pattern.

Two suggestions: First, start the turn not abeam the numbers but -mile beyond. This will allow a -mile final. Also consider that starting the turn abeam the numbers means a tighter pattern. You might be cutting off other airplanes flying a traditional square pattern.

Wait—I also have a comment about circular patterns: I prefer them.

First off, the pilots who wrote claiming they can’t see because this wing or that wing is blocking the view of traffic on final or their view of the runway seem to fly with their wings locked in a particular bank angle. For goodness sake, flick your wings regularly to check your views…your occasional wing flashes make you more visible to others. It’s called clearing. Yes, it should be done even on base leg and certainly on long finals to enhance safety.

Secondly, of course, it’s easier to fly power-on approaches in a single-engine airplane. Routinely setting 1500 rpm turning base while slappin’ along in your rented Cessna (good machine) requires almost no skill and is dangerous if the engine fails on base or final. Everyone with more than 100 hours total time flying a single-engine airplane should strive to fly power-off from the downwind leg.

Flying power-off approaches renders a circular pattern extremely important. You adjust your aiming point by constantly checking the runway position and expanding or tightening the turn. Clear the area by banking out of the turn to check final every so often. And learn this skill by gently trying less and less power until you can do it power off from the downwind.

The tempo of your pattern will pick up. It takes a while to get accustomed to this if you were trained to fly approaches power-on. This skill will help you the day your engine quits out of the pattern, too. Engines fail. Runways usually monopolize the good landing opportunities in the terrain near an airport. It’s gonna happen.

Light planes like Cessnas and Pipers have glide ratios far steeper than airliners, fighters, twins, etc. That’s not intuitive. My J-3, for example, in any headwind seems to glide at a 45-degree angle to the dirt.

So, unless you have a spare engine or an ejection seat (or are IMC on an ILS), consider the consequences of a traffic pattern engine failure and fly power-off circular patterns. We may save some lives. This worked well flying jets in the USAF and works well in my J-3.

Finally, take a snapshot of your airport from high above. Mark the power lines and fences on it. Review this photo when you blast off so you have a takeoff plan for engine failure.

Reader Martin Giesbrecht’s point (Unicom, April 2017) is well taken. I am a retired trauma surgeon and professor at a Canadian medical school. And I agree that a detailed understanding of the principles of the basic sciences of medicine (i.e., anatomy, physiology, pharmacology, etc.) are essential for a solid understanding in order to practice good medicine. But when it comes to teaching medical students and residents, I have found it best to simplify concepts as much as possible. As a result, the most basic protocols as to what to do in a variety of situations are recalled and initiated instantaneously, by rote, much like an emergency checklist.

I certainly did not mean to impugn learning the basic physics of flight—just that in a magazine aimed at pilots of all capabilities and backgrounds, a simple aphorism such as “speed with the stick, descent with the throttle” is of more immediate practical value than an algebraic dissertation.

(By the way, I did very well in algebra, geometry, trigonometry and calculus in my undergraduate years, but most of it has been long forgotten.)