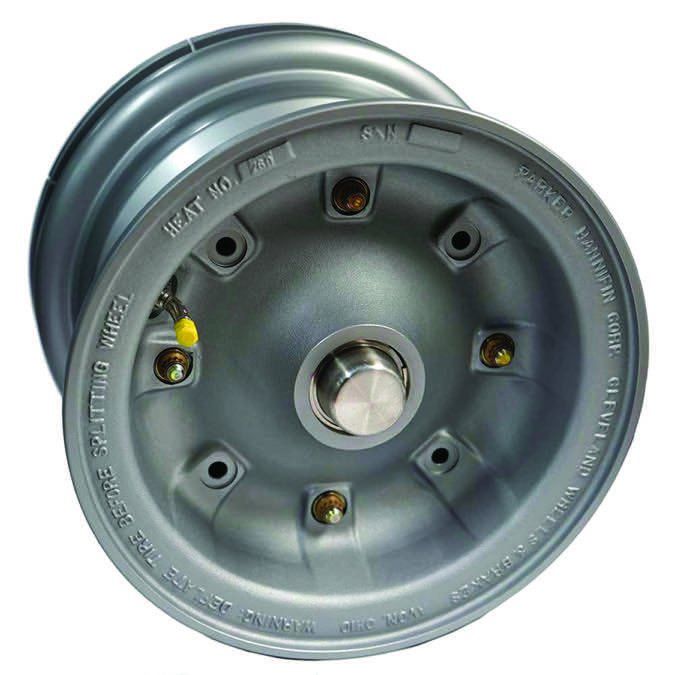 The tailwheel could not be steered during an annual inspection. The tailwheel had been painted; its grease fitting had been completely covered. The owner stated a technician told him not to grease the tailwheel and to tighten the nut on the bottom of the steering pivot bolt as tight as possible. Disassembly revealed all parts inside the tailwheel unit were extremely worn. Additionally, the axle for the tailwheel had been damaged, preventing proper cotter pin installation. The entire assembly was beyond repair and was replaced.

During takeoff from a grass strip, as the aircraft approached 30 to 40 knots, both nose wheel assemblies on the floats failed, causing the aircraft to flip onto its back. Upon examination, the failure occurred at the weld joint of both left and right wheel struts. It appears the welds did not have adequate penetration.

During takeoff, the left main wheel outer rim half separated 75 percent from the wheel, allowing the tire to come loose. The added rolling drag of the loose tire caused the aircraft to swerve off the left side of the runway.

During landing and taxi, crew noticed an intermittent noise coming from right main landing gear area and tire appeared to be low. When the hub cap was removed, wheel assembly nuts and washers were found loose with some missing. Several wheel half-bolts were found to have contacted the brake assembly as the wheel rotated.