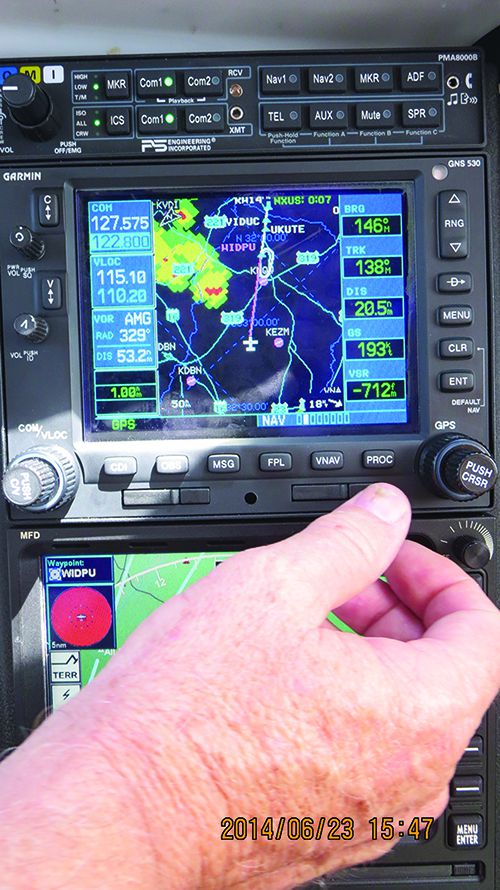 Instrument flying can be dull and boring. You’re straight and level, probably on autopilot, and there’s literally nothing to see except the wings and the instrument panel. Other phases of instrument flight aren’t so boring, though, especially if we want or need to hand-fly the airplane through a complicated departure or arrival. When we get busy like that, and perhaps distracted, that’s when instrument pilots are at greater risk of getting the airplane into an unusual attitude.

For our purposes, the FAA defines an unusual attitude as “an airplane attitude not normally required for instrument flight.” Key root causes of entering an unusual attitude, according to the FAA’s Instrument Flying Handbook (IFH, FAA-H-8083-15B), include turbulence, disorientation, instrument failure, confusion, preoccupation with flight deck duties, carelessness in cross-checking, errors in instrument interpretation and lack of proficiency in aircraft control. Aside from instrument failure or turbulence, all these causes boil down to pilot error of some sort.

Which can make recognizing an unusual attitude difficult. When the realization occurs, it’s often accompanied by an abrupt control input. The problem is abrupt control movements rarely are necessary, and can be hazardous in turbulent conditions, at excessive speeds, or at low altitudes. Instead, smooth control input, after ascertaining the necessary corrective actions, should be your goal. That said and according to the IFH, “[W]hen an unusual attitude is noted during the cross-check, the immediate problem is not how the airplane got there, but what it is doing and how to get it back to straight-and-level flight as quickly as possible.”

An unusual attitude is displayed by the rate and trend of the altimeter, vertical speed indicator and airspeed needle, and confirmed with the attitude indicator (except in extreme attitudes, according to the IFH). If airspeed is below normal or desired and decreasing, increase power in proportion to the discrepancy, apply forward elevator pressure to lower the nose and prevent a stall, and correct the bank by applying coordinated aileron and rudder pressure to level the wings.

These control inputs should be applied one right after the other in that sequence. We’ll know we’ve established a level pitch attitude when the reversal and stabilization of the ASI and altimeter needles is noted and verified. Returning to straight, coordinated flight is indicated by the lack of heading change, and wings-level and ball-centered indications on the turn coordinator.

Increasing or abnormally high airspeed in an indication of a nose-low unusual attitude. Smoothly reduce power to prevent further acceleration. Correct any undesired bank with smooth, coordinated aileron and rudder pressure, referencing the turn coordinator and the ball. Increase elevator back-pressure to raise the nose. Again, your control inputs should be made crisply and smoothly, and in this sequence.

As the altimeter and airspeed indicator slow, stop and reverse their trends, you’re passing through level flight. Make appropriate corrections and, as instrument indications stabilize, add the attitude indicator into your cross-check, then the turn coordinator. Use them to determine bank attitude and the need for corrective aileron and/or rudder pressure. The ball should be centered, since skidding and slipping sensations may aggravate the disorientation that got you into this in the first place and lengthen the time needed to recover. Return to the desired altitude.

It may be that failure to adequately monitor the instruments or immediately understand their indications initiated the unusual attitude entry. Attempting to recover the airplane by depending on sensory sensations instead of the instruments usually isn’t going to produce the results you want.

Once you’ve recovered, assess the airplane’s condition, along with the pilot’s. It may be that an instrument or the system powering your gyros has failed. The autopilot may have tripped offline thanks to your failure to properly trim the airplane. It may be that you’re in over your head. Once you’ve determined the event’s cause, you need to decide what comes next: continue the flight or land at a suitable airport. In extreme unusual attitudes where you might have overstressed the airplane, have it inspected.