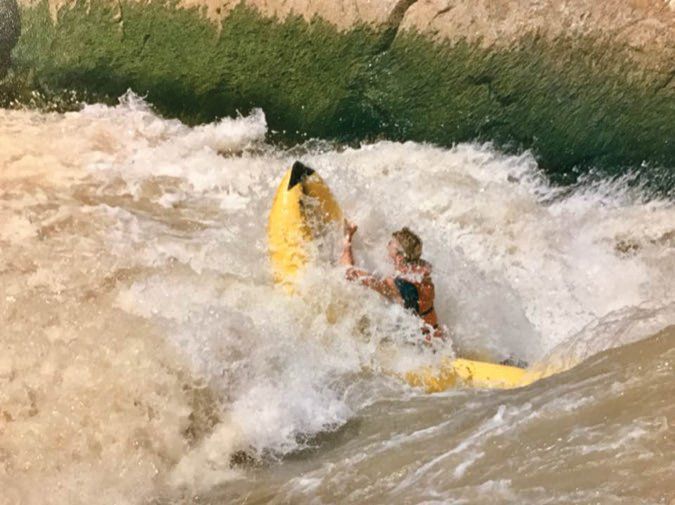 Iwish I had read, or at least learned the material, in Mike Hart’s April 2018 article (“Seeing The Invisible“) before my husband and I departed on a flight from Santa Monica to Lone Pine, Calif., back in 1998. My excuse is that I had not yet earned my certificate. At the time, I blithely believed the plane simply went where you pointed it.

The weather was severe clear on a cold February day and we skimmed barely above the spectacular Sierra Nevada without a ripple—in fact, just barely south of Mt. Whitney, highest point in the lower 48 at over 14,000 feet. The Sierras drop almost straight down on the east, or leeward, side, to the Owens Valley. Lone Pine, at 3710 feet msl, is about 10,000 feet below.

Well, just as we approached that drop-off, the plane suddenly sped up. I was in the right seat and watched our Cessna 210’s groundspeed exceed 230 knots for the first time ever. Then it hit. Actually, our heads hit, hit the ceiling so violently our headphones were knocked off. At the same time, all hell broke loose and the aircraft was almost uncontrollable. We were in a rotor.

Best way to describe it is like being a cowboy on a bucking bronco. If you ever watched video of a cowboy who does not get bucked off, you’ll see he moves with the horse so as to minimize the G forces on his body. That’s pretty much what my husband was doing, instinctively, with feet and hands, just trying to ease the forces on the wings so the airframe would hold together. He told me later he fully expected us to roll inverted and he was going to go with it, to try to avoid breaking the wings off. In the rare moments when I could look out and down, I imagined the wings off and our red fuselage spinning all the way down to the bottom with a poof at the bottom, like when the coyote falls off the cliff in those Roadrunner cartoons. We were terrified.

It took a long time, but then the extreme turbulence went to severe and the downdrafts started, followed, of course, by updrafts. We had been pushed far enough away and I think we were now in a wave condition. On the right, side I had a digital multi-function instrument. At one point it read 8200 fpm down, I kid you not. Another time it was 5600 fpm up, and so it went—up and down, from full power to try and arrest the descent (futile) to idle power to try and arrest the uplift (also futile). At the top and bottom of each, we either smashed our heads into the ceiling or crushed our spines into the seats.

Finally it became better and we were able to get out of it. This entire event lasted about eight minutes. That’s a long time to think you are going to die. When we landed at Lone Pine, it was completely calm. I almost fell out of the plane; my knees were so weak. At least I never screamed or cried; just stayed mostly quiet so as not to be a distraction, so I learned I won’t panic in a real emergency. That’s worth something.

Later that afternoon, a gigantic lenticular cloud formed where we encountered this turbulence, but there was nothing to signify it when we flew through. When we called Flight Service afterward, they reported winds at 12,000 feet at 72 knots. We had the plane examined thoroughly for damage, etc., but it survived, too.

That experience delayed my decision to get my certificate, even though I actually flew most of the time when we traveled, from the right seat. I did get my certificate later, but you’d better believe I have studied turbulence, and Mike Hart’s explanation is exactly what I do—visualize the wind as if it were water flowing. Thanks for an excellent article.

By the way, I did chew my pilot-husband out later, for skimming the mountains with such a tailwind; he should have known better. He’s very good at controlling the plane, and I think that’s why we survived.

That experience at least drastically improved his judgment. Since then, if winds aloft exceed 20-25 knots now, we either go around the mountains or stay on the ground.