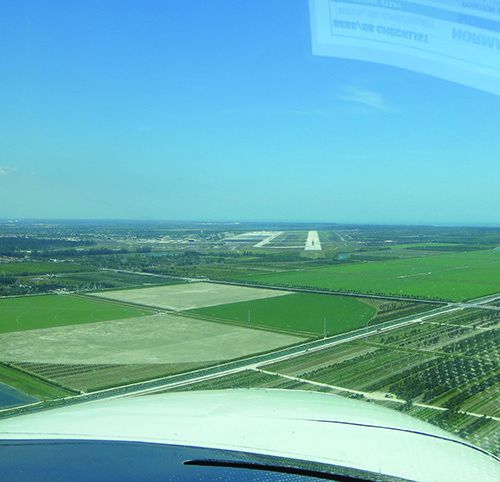 The visual approach is by far the most-used method for pilots of IFR aircraft to find their way to the destination. Compared to the typical published approach procedure, a visual approach can save several miles and several minutes, not to mention several pounds/gallons of fuel. When the weather allows, it’s the approach clearance of choice for both ATC and operators.

But visual approaches are not without their risks, especially at night or when pilots and crews “push” a little too hard on whether they have the airport or the preceding aircraft in sight and can maintain that visual reference. And when approaching visually to Class B International, some transports are exiting the Bravo airspace, contrary to the FARs. At the same time, crews flying suitably equipped aircraft often are cleared for and fly a visual approach clearance while employing the aircraft’s automation capabilities to “land itself” with a coupled approach or autoland. Mayhem can ensue if ATC isn’t aware of your plans.

These potential risks are the subjects of two recent Safety Alert for Operators (SAFO) advisories from the FAA. The SAFO on visual approach risks (SAFO 21005, published July 27, 2021) is summarized here, while SAFO 21004, dated July 23, 2021, on coupled approaches and autoland use, is highlighted in the sidebar on the opposite page.

*If the pilot has the airport in sight but cannot see the aircraft to be followed, ATC may approve the visual approach but retains both separation and wake vortex separation responsibility.

*When following a preceding aircraft, pilot acceptance of the visual approach clearance means the pilot is responsible for physical and wake-turbulence separation.

*A visual approach has no missed approach segment. If a go-around is necessary at a towered airport, an appropriate advisory/clearance/instruction will be issued by the tower.

*Authorization to conduct a visual approach is an IFR clearance and does not alter your IFR flight plan cancellation responsibility.

We discussed visual approaches in some detail as part of an article in April’s issue, “Non-Published Approaches,” and noted the definition in the FAA’s Aeronautical Information Manual (AIM): “A visual approach is conducted on an IFR flight plan and authorizes a pilot to  proceed visually and clear of clouds to the airport. The pilot must have either the airport or the preceding identified aircraft in sight” before being cleared for such an approach. The sidebar below highlights the pilot’s responsibilities when conducting a visual.

In SAFO 21005, the FAA noted, “To expedite traffic, Air Traffic Control (ATC) may clear pilots for a visual approach in lieu of the published instrument approach procedure. Visual approaches reduce pilot/controller workload and expedite traffic by shortening flight paths to the airport. However, this expediency must be balanced with safety. It is the pilot’s responsibility, pursuant to 14 C.F.R. § 91.3, to advise ATC as soon as possible if a visual approach is not desired.”

The problem is FAR 91.131(a)(2): “Unless otherwise authorized by ATC each person operating a large turbine engine-powered airplane to or from a primary airport for which a Class B airspace area is designated must operate at or above the designated floors of the Class B airspace area while within the lateral limits of that area.” Basically, jet transports are exiting the Bravo—usually by descending below its floor—when flying a visual approach. As the FAA dryly notes in SAFO 17001, from 2017, this “may result in that airplane coming into close proximity to other aircraft operating outside of, but near the boundary of Class B airspace.” That SAFO notes that “Aircraft operating outside of Class B airspace may not be under the control of an Air Traffic Control (ATC) facility providing Class B airspace services” and that being there increases the risk of a mid-air collision. 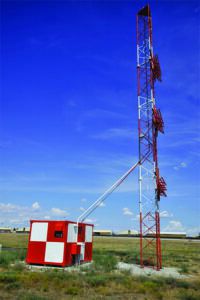 In poor weather, i.e., when the observation is less than 800 feet and/or visibility is less than two miles and ILS approaches are in use, “ATC issues control instructions to protect ILS critical areas from vehicle traffic and taxiing aircraft,” according to SAFO 21004. For example, departing aircraft may be instructed to hold short of the ILS critical area. But in good weather conditions, no such restrictions are used. Even when cleared for a visual approach, pilots and crews may choose to use the aircraft’s autoland capabilities or couple the autopilot to automate the procedure. In good weather, ATC does not protect the ILS critical areas and, as the agency says, “departing or recently arriving aircraft may cause ILS disturbance.” Pilots are cautioned that “momentary deviations to ILS course/glide slope signals may occur.” The solution, according to the SAFO, is for pilots and crews to advise ATC of their intentions, enabling ATC to advise if the critical area will not be protected.

To address Class B airspace excursions by jet transports, the FAA notes the risks can be mitigated in two ways. First, the agency recommends judicious use of visual approaches. “When practicable, pilots should consider requesting an instrument approach to reduce the likelihood of aligning with the wrong runway or a taxiway, and/or exiting controlled airspace.” Among other steps, with strict adherence to company procedures, pilots and crews should use “the navigational aids associated with the assigned runway, and maintain a stabilized approach.”

The SAFO also reminds pilots/crews it’s their responsibility to decide whether accepting a visual approach “may reduce safety.” The FAA’s example is based on last-minute runway assignment changes, and notes that “if the judgment of the PIC is that there is inadequate time to recalculate the aircraft’s landing performance, reconfigure avionics, brief the new approach procedure, brief the new runway exiting and taxi plan, or otherwise stabilize the approach, then state ‘UNABLE’ and request the desired instrument approach.”

For those stooging around outside Class B airspace, the FAA advises we should keep a sharp eye out for jets. Duh. “Pilots of aircraft not under ATC guidance or flight following that are flying above, around or under any portion of Class B airspace, should be aware of the risk of…other aircraft operating within or near the Class B airspace…. Because of the need for heightened awareness, pilots and flightcrew should control the potential for distractions when operating near a Class B airspace boundary, or coordinate the timing and manner in which they program avionics or flight management systems.” In other words, the visual approach may not be the best choice, for anyone.